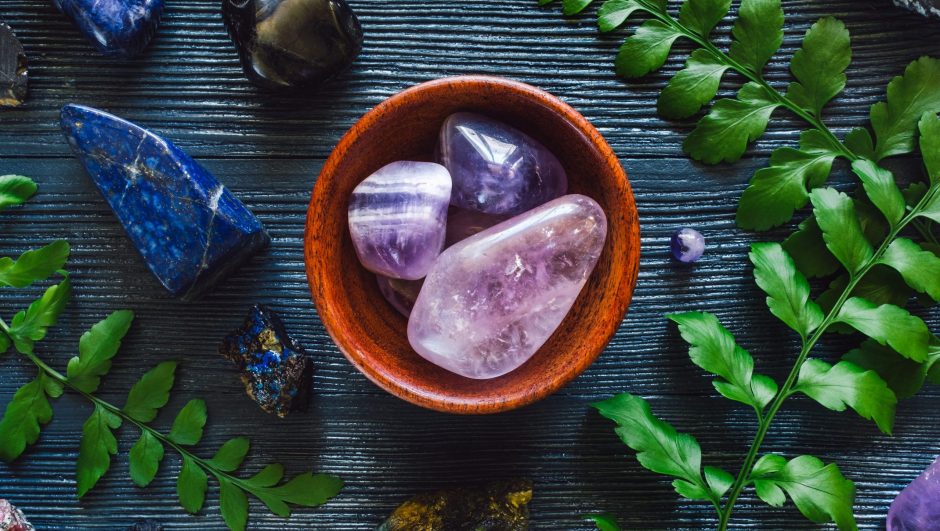 Ah, Sagittarius – that feisty fireball born under the Zodiac sign of the Archer.

If you were born between 23 November and 21 December, then you are probably already aware that your astrological sign is Sagittarius. What you, perhaps, did not know is that, as a Sagittarian, you also have a special Sagittarius birthstone. In fact, you have several.

Just as your date of birth connects you with a certain constellation of stars in the sky; so it also ties you to particular stones in the Earth.

What is the Sagittarius Birthstone?

There are so many Sagittarius birthstone crystals that it would be an excessively long article that discussed all of them. So we have identified the main ones for your convenience. 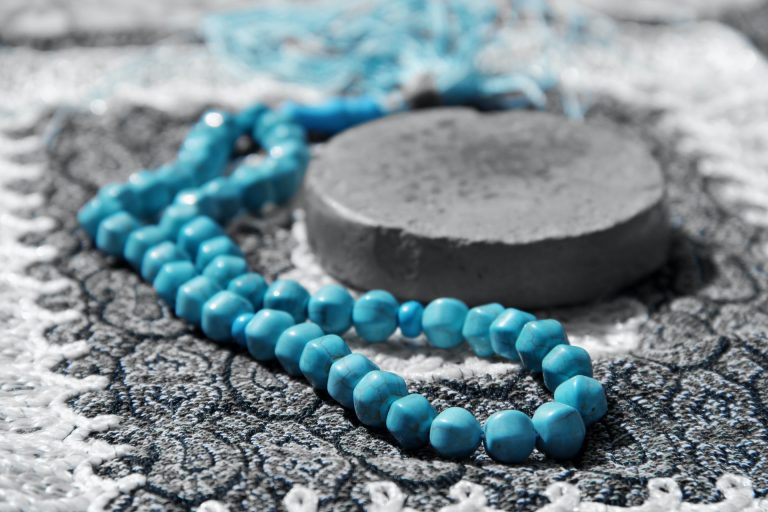 The turquoise is the dominant Sagittarius stone, on which all astrologers and gemstone enthusiasts can agree. Like most of the other crystals for Sagittarius, turquoise is all about harmony. As a water stone, it helps to quell the Archer’s ruling element of fire and so foster balance and stability.

Turquoise is associated with healing and clarity and is closely linked with the throat chakra. As such, it facilitates and amplifies clear communication. Through the harmonising power of turquoise, the Sagittarian is better able to exchange information with others and with the universe itself.

It is also a December birthstone, so holds even greater significance for Sagittarians born in the twelfth month. 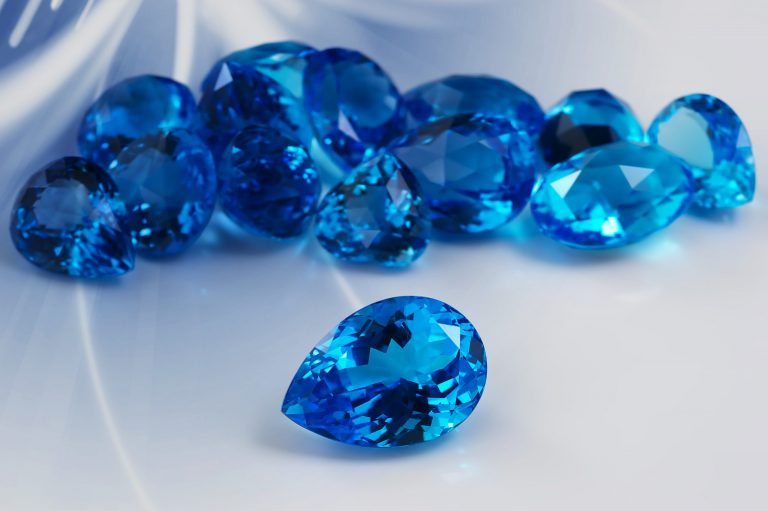 Although topaz comes in many colours, only the blue variety serves as a Sagittarius birthstone. Similarly to turquoise, blue topaz is associated with peace and tranquillity – much-needed neutralising forces for the fiery Sagittarian temperament.

It is also powerfully aligned with the throat chakra and so facilitates clearer communication as well as self-assertion. Significantly, this Sagittarius stone helps to stem the Archer’s known tendency to speak before thinking. Blue topaz is another of the December crystals for Sagittarius. 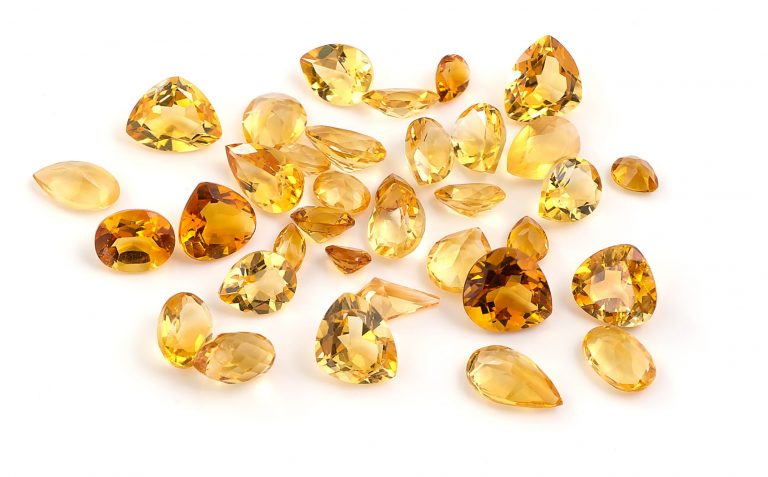 The most obvious difference between citrine and the previous two gemstones for Sagittarius is its colour. While the first two come in shades of blue and green, citrine is known for its bright yellow hues.

This belies the citrine’s connection with the sun and the solar energy that it is said to convey. Like the sun, this November Sagittarius birthstone has intense restorative powers. Its golden colour also inspires the belief that citrine is a bringer of prosperity in abundance.

In keeping with its flaming nature, like the ruling element of Sagittarius, citrine is imbued with warmth, vitality, illumination and positivity. Its association with the sacral chakra enables citrine to nurture creativity, wisdom and manifestation. 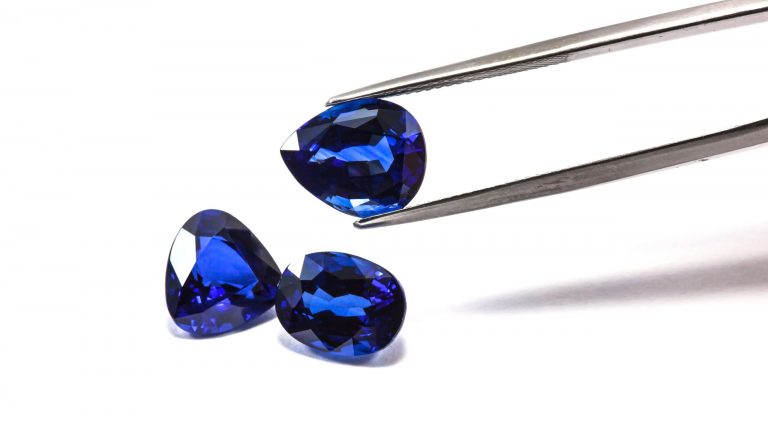 Another of the water-coloured gemstones for Sagittarius, the blue sapphire is arguably the most valuable precious stone associated with this sign.

Blue sapphire is used to help the bearer release confusion and tension, combat depression, and fuel greater tranquillity and peace of mind. This Sagittarius stone has variously been associated with sincerity, justice, repentance, chastity and piety by a host of different cultures over the centuries. It is even linked to enhanced intellectual capacity! 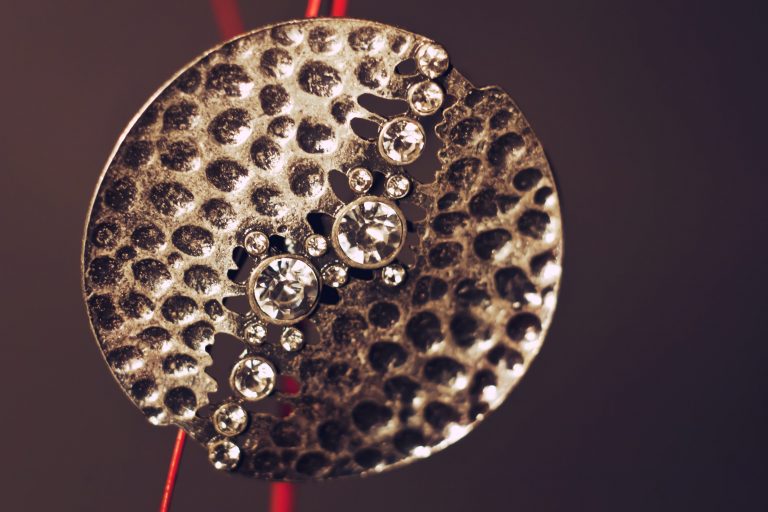 Often referred to as the “stone of virtue”, Zircon is believed to assist those who hold it in developing their psychic abilities and intuition. It is one of the December birthstones, in addition to being a Sagittarius stone.

As Zircon resonates with all of the chakras (and comes in many different colours), it is imbued with the power to trigger movement through the body, shaking the individual out of apathy. Zircon guides the spiritual energy absorbed through the crown chakra through the body all the way down to be anchored in the earth chakra.

With a number of cultures associating Zircon with prosperity and wisdom, it is said to instil self-confidence and illuminate hidden strengths within those who possess it. Moreover, like many of the other gemstones for Sagittarius, Zircon is believed to enhance communication skills.

The highly reflective, transparent quality of this Sagittarius birthstone visually hints at the otherworldly attributes nestled within.

What Are The Key Traits Of The Sagittarius Birthstone?

As one of the fire signs – along with Aries and Leo – Sagittarius is considered a sign of passion, action and energy. It is the ninth sign of the Zodiac, associated with the constellation of Sagittarius. This constellation depicts the Archer, a centaur with a human torso attached to the lower body and legs of a horse.

In the Sagittarius constellation, the centaur holds a bow and arrow, which is why it is referred to as the Archer. This explains why Sagittarians are known for their directness, which, if left unchecked, can manifest as blunt or even harsh honesty. When their psychic energies are aligned and their fiery natures tempered by the calming qualities of the Sagittarius birthstone, however, the Sagittarian’s sincerity is a breath of fresh air.

Sagittarians are known to be generous do-gooders, with a tendency toward idealism and a shoot-first-ask-questions-later approach to life. They are generally kind to a fault, frequently getting into trouble by over-committing because they find it so hard to say no.

If you’re looking for a shot of optimism, Sagittarians will not disappoint, as their stormy ruling planet of Jupiter promises lighting strikes of positivity. This connection with the God of Thunder and the sky is what imbues the Sagittarian with a positive hopefulness that seems to bridge the gap between the temporal and celestial planes.

What Is The Sagittarius Birthstone Colour?

The crystals included discussed here are not the only ones associated with the sign of Sagittarius. There are several others and the list continues to grow. Here are a few more gemstones for Sagittarius: