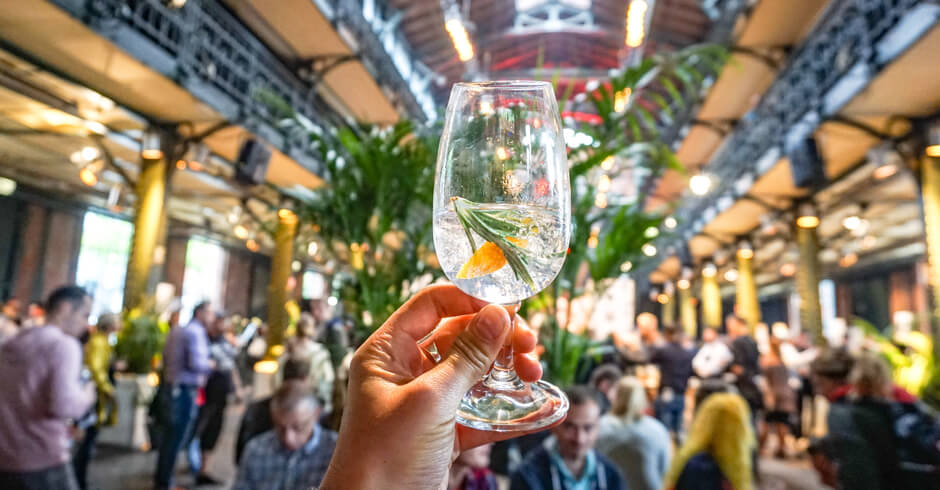 The tipple of gin is, unquestionably, one of Britain’s favourites. And the current return of the gin craze is only adding to its popularity. It’s even said that the good old G&T helped cure cases of malaria in India – since tonic water contains the anti-malarial property of quinine. Indeed, this was how the drink came about – it was invented in the 19th century, when British officers in India mixed tonic water with gin to disguise the taste of the quinine.

The origins of gin itself’s creation can be traced back to the Middle Ages, with ‘genever’ referenced in a number of literary sources – the earliest of which appears in the 13th century Belgian encyclopaedic work ‘Der Naturen Bloeme’.

Its boom in popularity, though, came in the 17th century in England, when William of Orange took the throne as part of the ‘Glorious Revolution’. The government allowed unlicensed gin production, while placing a heavy duty on imported spirits. Meanwhile, the monopoly of the London Guild of Distillers was broken, opening up the market in gin distillation.

This led to the consumption of gin increasing rapidly, especially in London. Five million gallons were being produced in the capital every year – enough for every adult and child to drink a pint of the spirit every week. Extreme drunkenness ensued, captured in Hogarth’s iconic ‘Gin Lane’ print, where a prostitute sits among the inebriated masses, addled by drink. As she grins joyously at a cadaverous pauper, her baby slips from her arms to a certain death.

Also see  Tasting Experiences: It's Time To Try Something New

Today gin’s reputation is somewhat more polished, with the drink having seen rather a renaissance in popularity over the past decade. COLD is one of the specialist bars that have helped aid its restored popularity, while experimental, smaller brands have entered the marketplace to bring vibrancy to the category.

Gin is always made from a juniper berry base and distilled with a mix of ingredients, traditionally such as citrus peel and coriander. Newbies have reinvigorated gin, however, by experimenting with other botanical hints. Sacred use frankincense and cardamom, while Hendrick’s has cucumber and Bulgarian rose as components.

Yet the unmistakable core flavour of gin remains, whatever the ingredients. Gin expert, Saverio Vicari, master bar manager at the Jumeirah Carlton Tower hotel’s bar, The Rib Room, insists that this is what has made the spirit such a popular option throughout history. He pays testament to “its combination of botanicals, its British tradition, its taste in a martini with the oil of the lemon, the very history of it”.

This idea of gin’s British tradition is thought to be another key part of the gin craze’s return in the UK. Vicari certainly thinks so: “I like that gin is traditionally English – everybody should have a bottle in their home, just as the Italians have olive oil, the Spanish have sherry, Scottish have their whisky and Americans have their tomato ketchup.”

Are you part of the gin craze?