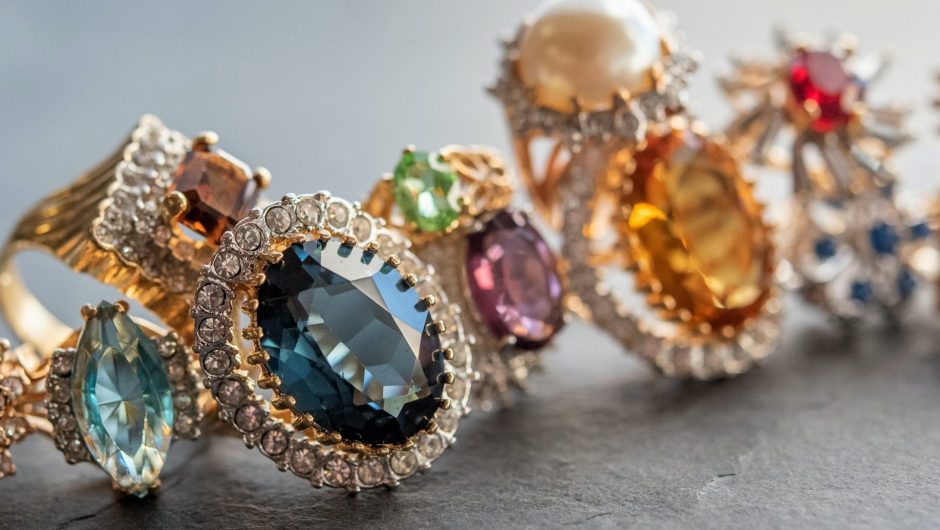 Compiling a definitive list of the rarest gemstones in the world is far more difficult than you might think. This is partially due to exact numbers being near impossible to determine and differing opinions regarding elements of rarity.

This list covers (in no particular order) ten of the world’s rare gemstones.

A Note On Scarcity VS. Price

It would be a mistake to assume that the rarest stone in the world is necessarily the most expensive, or vice versa. For example, diamonds, while not rare, are fairly expensive. This is largely thanks to stockpiling and a clever marketing campaign by the De Beers Diamond Company back in the 1930s. 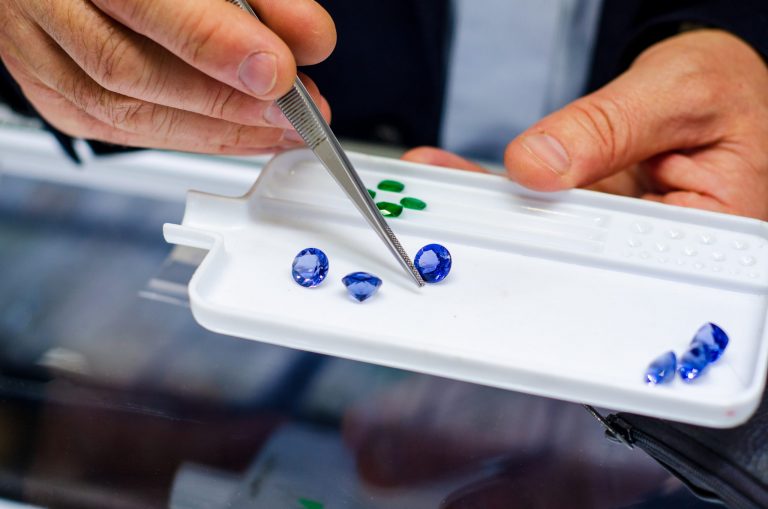 One of the more recognisable names on this list, tanzanite is a variety of zoisite discovered in 1967.

Tanzanite’s intense, shifting tones present a perfect example of pleochroism. With additional heat treatment, most Tanzanite displays the striking sapphire blue colour for which is commonly known (at a fraction of the price of actual sapphire).

Unfortunately, mineralogists fear that tanzanite mines will be depleted within the next two to three decades, as their sole source spans an area just 2 km wide by 7 km long. 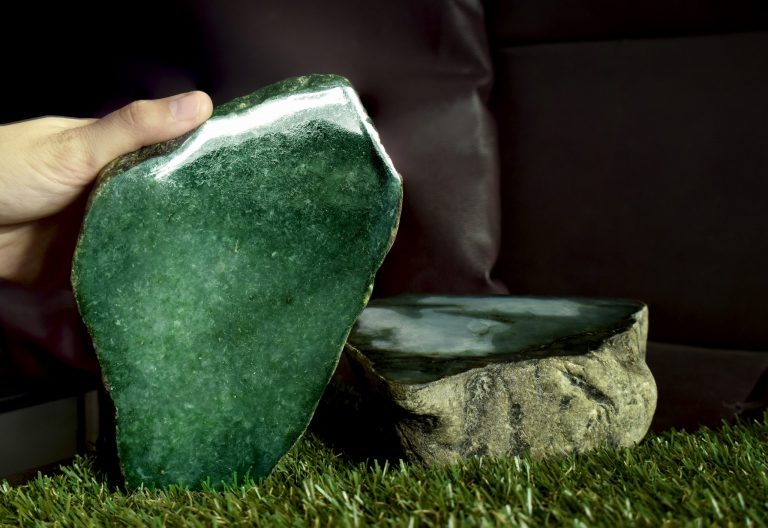 The rarest form of jade, jadeite is known for its intense green hues, although it can also be found in shades of lavender, red, burnt orange, yellow, black, blue, and even as a clear stone. Its value is determined by its texture and translucence, with the most prized specimens resembling a shimmering drop of coloured oil.

Its earliest recorded use as a component of tools and weapons in ancient Mesoamerica explain its prominence in Mayan folklore, while it also features in that of the Chinese and Maori people. 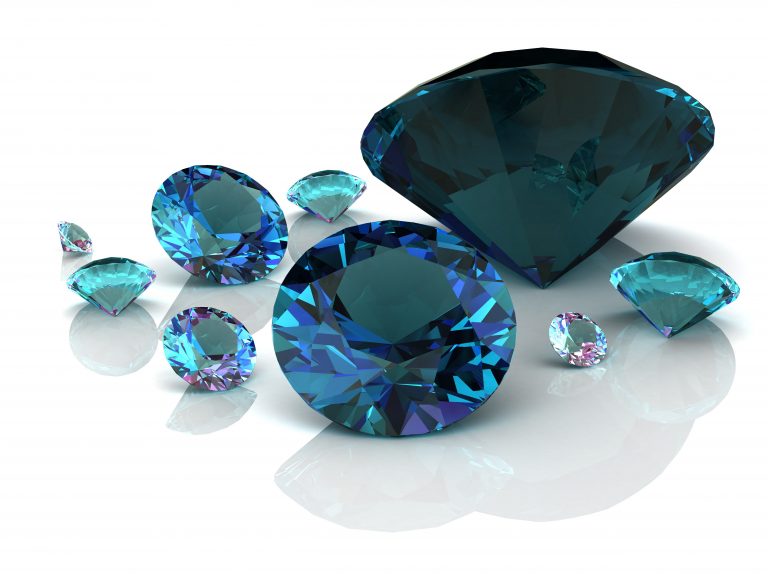 Historically, alexandrite is one of the rarest stones in the world associated with the Russian royal family. It was first discovered in the Ural Mountains of Russia in 1830 when it was named after Tsar Alexander. Despite subsequent discoveries of the stone in Sri Lanka, Brazil and parts of East Africa, this gemstone remains quite hard to come by.

In daylight, alexandrite is somewhere between peacock blue and emerald green; whereas, in incandescent light, the stone appears ruby red or purple. 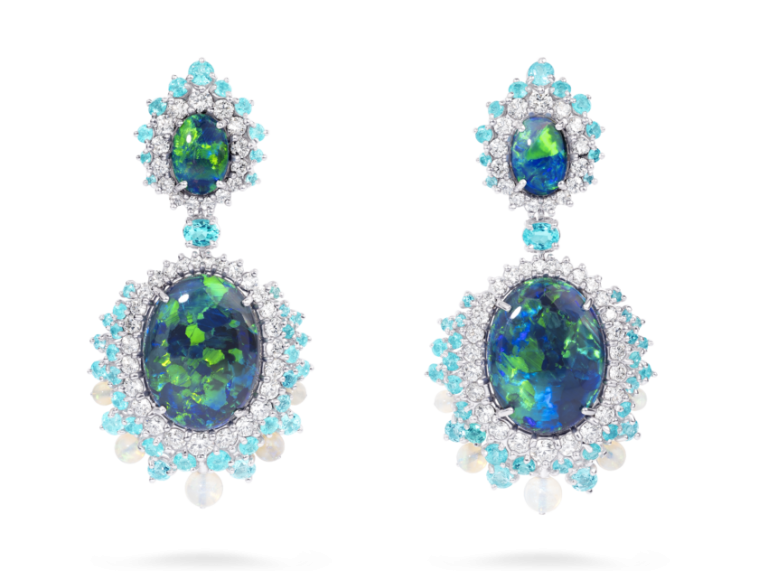 First encountered just three decades ago, this is one of the many varieties of tourmaline. Paraiba (pronounced pah-rah-ee-bah) tourmaline is named for the site of its initial discovery – the Brazilian state of Paraiba. Local prospector, Heitor Dimas Barbosa was the first to encounter this electric blue stone.

Paraiba tourmaline appears to glow from within, thanks to its high concentrations of manganese and copper. Although the identical gems have since been found in some other locations, this remains among the rarest gemstones – by one estimate, about 10 000 diamonds are mined for every one Paraiba tourmaline stone.

Painite was once the rarest gemstone in the world, as only one specimen was known to exist. This was discovered in 1951 by British gemmologist, Arthur Charles Davy Pain. Over the years, more specimens began to turn up at various mines in Myanmar, so there are now roughly 1 000 known stones.

Painite thus remains one of the rarest gemstones in the world, especially since most of the material mined is not facetable. Painite crystals are a deep reddish-brown colour, quite similar to that of the better-known, garnet.

Most people associate garnet with the blood-red colour of the more common rhodolite variety. Demantoid garnet, however, is found in various shades of green and is far rarer than other types of garnet stone.

Demantoid garnet reflects light with a brilliance comparable to that of diamonds. This is why its name is derived from “demant”, the Dutch word for diamonds.

Nineteenth-century Russian jeweller, Peter Carl Fabergé had a particular penchant for demantoid garnet, which is why it can be found in many of his famous Fabergé eggs. 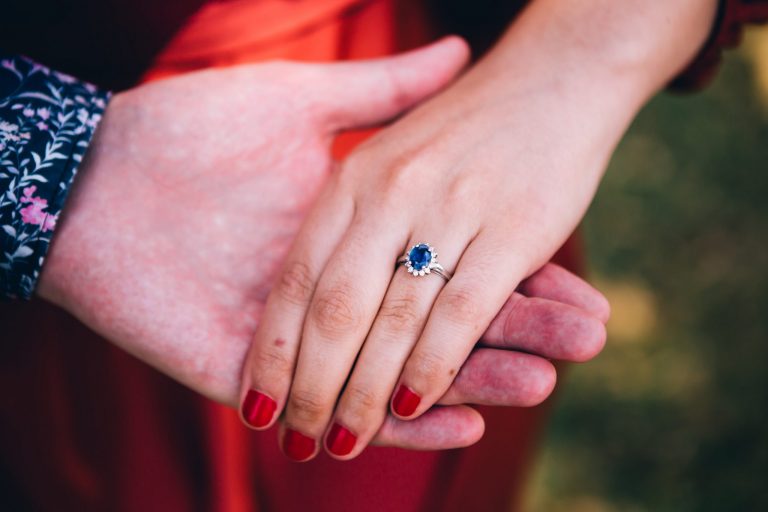 Also known as the Kashmiri Neelam Stone, the Kashmir sapphire is among the rarest of the blue-hued sapphires.

It has only ever been found in the remote Zanskar Himalayas, where it was first discovered in the 1700s. Unfortunately, in the 1930s, the world’s only Kashmir sapphire mines ran dry, so you’re more likely to see one in a museum than in real life.

The manganese content of red beryl is what gives this gem its ruby-like colour, as pure beryl is colourless. Other beryl varieties include emerald, aquamarine, and golden beryl. Unfortunately, the vast majority of red beryl unearthed comes in fragments of only a few millimetres long – too small to be faceted. The only red beryl of gem quality is mined in the Wah Wah Mountains of Utah.

What is Selenite? Meaning, Uses & Benefits of this Healing Crystal

Initially mistaken for sapphire, benitoite was first identified in 1907 near the San Benito River. Although benitoite has been found elsewhere, San Benito remains the sole source of gem-quality specimens. Mining production here ceased in 2005, fuelling the continued scarcity of this stone.

The brilliant blue benitoite has the world’s crystal structure form, with light dispersion greater than that of diamonds.

For some time after its discovery in Australia’s Musgrave Ranges Mountains in 1967, only eight musgravite stones existed worldwide. Despite the subsequent discovery of musgravite in other locations, it remains an exceptionally scarce mineral.

Notably, the only facetable musgravite sources are in Tunduru (Tanzania) and Mogok (Myanmar) and not in the Musgrave Ranges. Musgravite closely resembles another of the rarest gemstones, taaffeite, and possible colours include light olive green, dark blue-green, and light to dark violet.

If you’re on the hunt for rare gemstones we hope this list has provided some inspiration as to where to start!