Blog » Wine, Beer & Spirits » Beer » Beers from Around the World » European Beers » What is Radler? Simple Radler Recipes To Make At Home This Summer 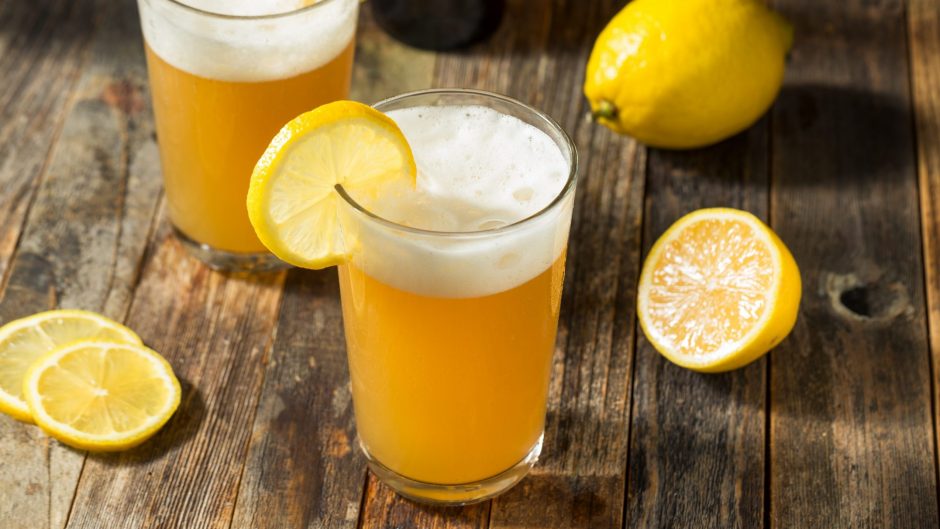 Most beer drinkers consider beer as a standalone drink that should never be mixed or created into some sort of cocktail or concoction. Many of these people, however, have never tried a Radler.

Radlers refer to a drink that combines a subtle/low-alcoholic beer with a summery drink such as a sprite, lemonade, or tonic water. Radlers are particularly popular in German-speaking countries, due to their rich history in the beer brewing zeitgeist.

Radlers are often mixed with many other ingredients such as grapefruits, limes, and orange juices to create the perfect low-alcoholic cocktail. Find out where the Radler falls on the Beer sign-post.

The History of Radler Beer 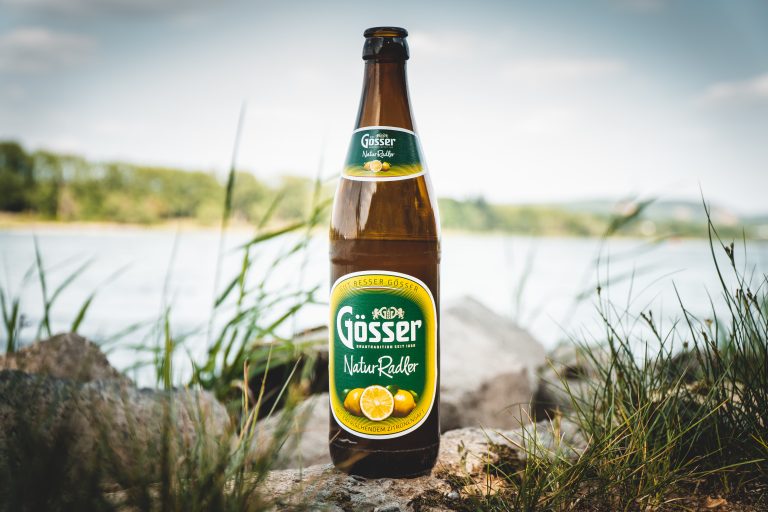 Radlers were originally conceived in the Bavarian region, in Germany, in the mid-18th century. The term Radler is a shortening of sorts, emanating from the original name Radlermass, which literally translates to cyclist litre.

All of this zany history seems almost too perfect for half juice half beer concoction that a Radler is. The drink and name were first brewed and coined by beer pioneer Franz Krugler, an innkeeper in a small town called Deisenhofen, just on the outskirts of Munich.

There was a prominent cycling trail that led from Munich into Deisenhofen, with a major race taking place in the summer months of Germany, during the roaring 1920s. One year the race had a confirmed number of over 13 000 cyclists, most of whom stopped off that Kruglers Inn following the intensely hot cycling race to enjoy a cold brew as a reward.

Krugler introduced all of the cyclists to his brand-new beer cocktail and the name Radlermass was given to the drink in honour of all the cyclists who enjoyed the fruity infusion. Radlers are also well known for their low alcohol content with many fans of the drink preferring to pair the fruity mix with a non-alcoholic beer.

Difference Between Radler and a Beer

A beer is a beer. Nothing more and nothing less.

When you order a beer, regardless of the type, you know what it is you’re going to be getting. A radler on the other hand puts a twist on the traditional beer through the addition of lemonade, sprites, or other similar citrus fruit juices.

One of the main goals of these infusions is to lower the alcohol content significantly in order to create a drink that retains some sort of alcohol inducing effects, but that can also be drunk in larger quantities on a hot summer’s day. Both drinks are incredibly refreshing but differ in effect and flavour for the most part.

Difference Between Radler and a Shandy

Many people get very confused between these two drinks because many brewers from all over the world use the terms, Radler and Shandy, interchangeably, despite the fact that technically these are two different drinks. They are both created to fulfil the same purpose, however, of being exquisitely refreshing while containing low alcohol contents.

A shandy requires the juice mix to be lemonade and only lemonade. Nothing else will do and the mixture of anything that isn’t a lemonade means that the drink is not a shandy. A radler however is a bit more flexible and allows for the mixing of beer with lemonade or other fruit juices that creates a concoction to the taste of the drinker.

When is National Radler Day?

It might be surprising to hear that the United States has a national day in honour of a primarily German beer. It is less surprising when you consider the history of German communities in the US and the fact that many drinking traditions in the country originate from Germany.

Radlers have picked up immense popularity in America, and many breweries in the country are now starting to specialise in Radler creation, due to the high demand and love for the mix amongst the population. National Radler Day is celebrated on the 22nd of June, and celebrations usually involve the drinking of Radler concoctions to commemorate the kicking off of the warm summer months to come. 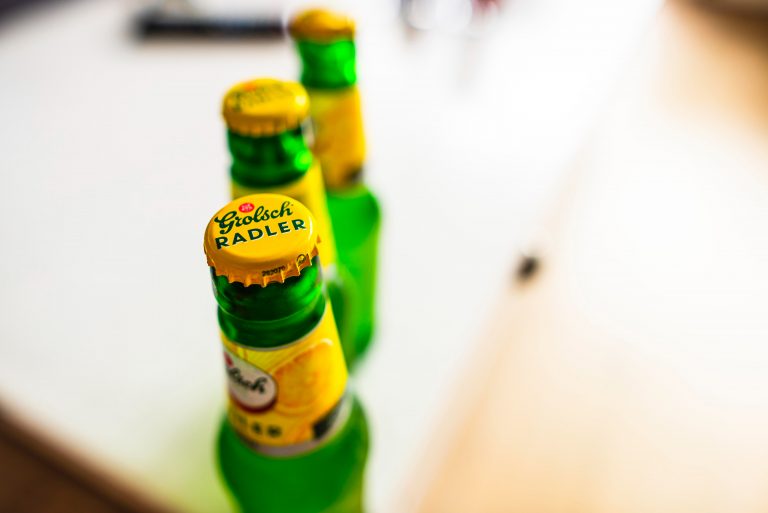 Radlers, as explained above, are a two-part drink, with one part being beer and the other being a mix of either grapefruit, lemonade or a sprite. As such, the taste is something completely unique in the alcohol business and the main goal of the drink is to be refreshing and lite.

There is a mix of sweet and bitter tones that come from the infusions, but the taste will differ depending on which mixer is used. This is what makes Radler a special kind of drink – the fact that it is flexible (unlike a shandy) and drinkers can tailor their mixes to their liking.

Are Radlers Sour? Only Grapefruit Mixers?

The main mixer of choice for most people is grapefruit juice, but as explained throughout, this does not have to be the mixer. Many anti-Radler beer fans argue that the sour nature of the drink lowers its standing In terms of flavour.

This is not true as the mix can be tailored and experimented with to match personal preference. It can be sour if that’s what you’re looking for, but it is not necessarily a sour drink.

Radlers are relatively simple to make, and getting the mix right will transport your straight to the streets of Oktoberfest in Germany during the beautiful summer months. A traditional German Radler combines equal parts light, hoppy beers and citrus aligning mixers such as lemonade or grapefruit juices.

Orange juice is also a great choice for the mixer. The resulting flavours will be a crisp sweetness with a slight bitterness, from the beer, to balance it out. Similar to a shandy when mixing with lemonade but getting experimental with the infusions can lead to some truly wonderful and refreshing drinks.

The Hopworks Brewery is based in Portland, Oregon and is best known for its experimentation in the new phase of the craft beer revolution. The brewery was founded in 2007 by Christian Ettinger and his mission was to create a locally established brewery that confides in and creates using the history of the surrounding communities.

The Totally Radler is Hopworks’ take on the German mixer and puts the infusion into a can for easy purchase and consumption. The Totally Radler is a hand-mixed lemonade blend mixed with one of the brewery’s original HUB lagers. The drink has an alcohol content of 2.6%.

The 10 Barrel Brewing company is all about having fun and drinking beer. They love the outdoor communities and love bringing their original drinks to extreme sports events and other sporting activities. The front page of their website includes videos of snowboarders, fishermen and skaters taking a break from their sports to enjoy a cold brew.

The Swill is 10 Barrel’s take on the Radler. This Radler contains a mix between a grapefruit spritzer and one of the brewing company’s finest Berlinne-Weisser. This pays homage to the German roots from whence the drink originated.

The UCBC consider itself a brewery that thinks outside of the box, or as they put it, unconventional beer brewers. They go so far as to call their brewing philosophy “beer divergence” as they like to experiment and be creative in the brewing process, while still keeping that which makes beer authentic to the region,
The Big Shark Lemon Radler is a result of this brewing philosophy and its related brewing process. The beautiful golden lager is perfect for the height of the summer heat, as the refreshing mix between the crisp lemonade and original UCBC lager results in an alcoholic drink that cannot be matched in terms of refreshment.

What Foods Are Best Paired with a Radler

As explained throughout the article Radlers are a drink for the summer sun, to be enjoyed at a seaside brunch or alongside the crashing waves on the beach. Thus, the food pairings that go best with a Radler include fruity and refreshing summer foods to create a touch of a luxurious holiday.

This may seem like a copout but there is no better way to enjoy a day at the pool with a delicious and authentic American-style cheeseburger and a refreshing drink to accompany it. Radlers are perfect for this occasion and the casual nature of it all is complemented by the low-to-zero alcohol content found in a Radler.

The zesty and citrus aligned flavours that accompany a Radler make it perfect for enjoying the exotic, sunbathed foods of Mexico. Eating a taco or nachos with meatballs and guacamole is the perfect pairing for a drink that is spritzy, colourful, and balances a fine line between bitterness and sweetness.

Ready to try a radler? Now is the perfect time!