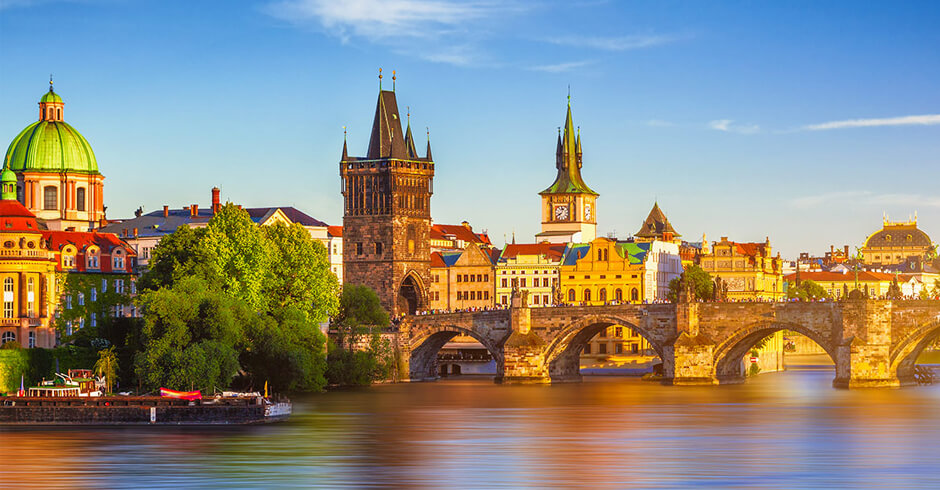 Some people are put off visiting certain places simply because of a reputation or a perceived image. Amsterdam is normally the first one people name as being one to avoid because of hordes of revellers looking for a good time.

In fact, Amsterdam is beautiful and one should not miss out visiting it purely because of conceptions or hearsay – especially not when you can go on trips such as this one.

Prague is often mentioned in the same breath as Amsterdam, another city which people often perceive as having been invaded by the ‘beer lout’. Prague, though, is actually a wonderfully bohemian city, with gothic buildings line its cobbled streets. It is an ideal location for a long weekend break and in the following we’ll highlight some of our favourite places and things with our quick city guide to Prague.

There is ample choice for quite exquisite hotels and B&Bs in which to stay during your visit to Prague but for for opulence and indulgence, the Alchymist Grand Hotel and Spa is the only option.

It is grand by name and indeed nature, being as it is a 16th century palace situated in between Petrin Hill and the river. It has high ceilings, typical of the period and a décor which pays homage to Habsburg baroque – awash with crystal and red velvet.

Owned by restaurateur Nils Jebens, Kampa Park is the jewel in the Kampa Group crown. With its positioning just downstream from the Charles Bridge it has been a much frequented restaurant over the years. It serves simply the best seafood found in Prague with an excellent wine list – one not to be missed.

Also see  2 Perfect Days: What to do in Prague

M1 Lounge may sound like a café on the side of the motorway but hidden away on a side street from Dlouha strip it is the trendiest bar in town. With reclining sofas and an in-house DJ playing everything from disco to soul, this is a bar to watch the hip and glamourous come and go. 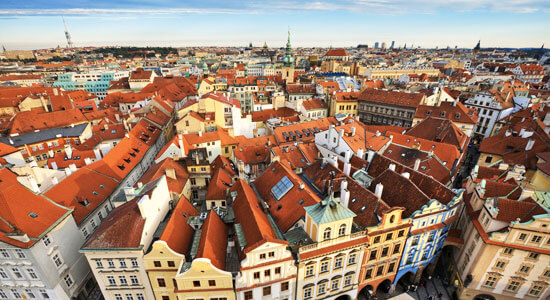 There is no shortage of things to see in Prague and picking one is not easy but, if you absolutely can only see one thing, then make it St. Vitus Cathedral. Only finished in the 1920s this originally dates back to somewhere in the 10th Century.

Famed for sacrifices being made to the fertility god – Savantovit – it still displays original medieval stonework and an Art-Nouveau stained glass window.

You will need a ticket to enter the crypt and tower and this is highly recommended as it allows you to see the tomb of Charles IV – required reading when visiting the cathedral. It still offers much even without a ticket and you’ll find yourself whiling away the hours as your stare in awe at this magnificent building.

The Czech Philharmonic play out of the Rudolfinum and even if classical music is not your cup of tea, the building, an architectural marvel, is alone worth a visit.

The neo-Renaissance Dvorak Hall is the main venue for the Philharmonic to play out of with chamber concerts played out of the smaller Suk Hall. If you’re planning a trip and want to feel comfortable, attire is black tie and ball gowns – although you can sneak in with smart causal.

Also see  2 Perfect Days: What to do in Prague

If you have itchy feet and fancy a day out of Prague then consider heading to the setting of the film Les Miserables – Kutna Hora. It was a medieval silver mining town and has some tantalising Gothic buildings throughout its old town centre. Old spires dot the sky line and from the old centre you can still descend into the mineshafts.

As you can see, Prague offers so much that it should be on everyone’s list of places to visit. As a simple getaway, a romantic weekend or a photographers’ paradise, Prague ticks these boxes and many more besides.