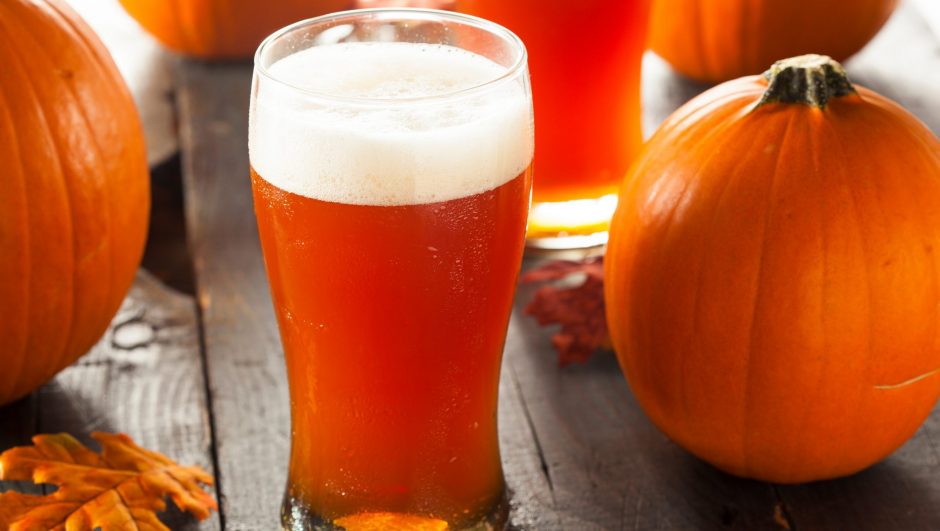 Once the winds get colder, and the sun starts setting a little sooner, it becomes clear that Autumn is starting to set in. Summer is the season of cold beers on sunny days, but a hidden alcoholic gem that most people don’t know about is the phenomenon that is pumpkin beer.

Whether it be a pumpkin ale, stout, or lager, these beers are perfect for the colder months as they infuse the flavours of pumpkin pie and pumpkin spice. This article will provide a guide to the history of pumpkin beers, the best pumpkin beers available for purchase, and the brewing processes involved in their creation. Find out where pumpkin beer falls on the beer signpost.

A Brief History of Pumpkin Beer

Pumpkin beer has an extremely rich history and has been around for centuries, which makes the fact that it is still a complete enigma to most beer drinkers quite surprising. What many people don’t realise about the origins of pumpkin beer is that it has evolved, since the colonial era in the United States, through every phase of the craft beer revolution, and is now set for a triumphant comeback in the next few years. The brewing of pumpkin beer dates back all the way to 1771 when it was first brewed in Buffalo Bills Brewery in Hayward, California.

Pumpkin pies were an absolute delicacy in 17th century America (and very much still are today), and back then there was a complete overabundance of pumpkin patches in the country. With lots of pumpkins and more than enough pies, farmers decided to use the leftovers to create spices and closely related flavours, which were later infused into the beer-making process, resulting in a beer that was loved by millions of Americans.

The popularity of pumpkin beer has undoubtedly faded as time went on, as more variety in the beer market has presented itself. What many don’t know is that pumpkin beer is wholeheartedly seasonal and belongs to the colder months of autumn and winter, making it quite unique in its consumption.

How is Pumpkin Beer Made? 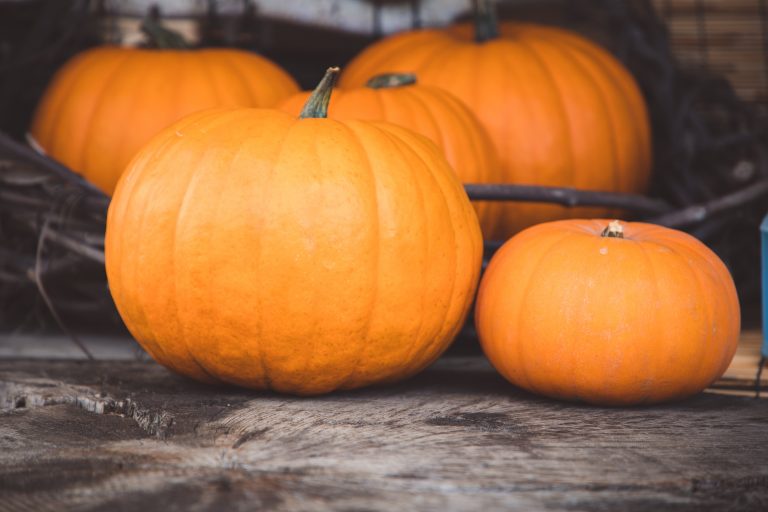 The fact that pumpkin beer has had a long but patchy history in terms of brewing and selling, means that the methods of its creation vary quite heavily between time periods. The way that pumpkin is infused into the alcohol can, and has, occurred in many different ways as time has passed, with some of the most popular infusing methods including raw cubed addition, stripped of seeds and then baked into the liquid, pressed like apples to use the juice, and maceration.

The key element in all of these infusion methods is to ensure that the juices of the pumpkin, in particular the natural sugars within those juices, enter the beer during the fermentation process.
When using pumpkin spice to create a pumpkin beer, the spices are normally added to a kettle/boiling cauldron and steeped like tea. After a long steeping process, the resultant pumpkin tea is added to the fermenter.

What is the Most Popular Pumpkin Beer?

For a beer that is not too well known outside of the American niches it operates in, there are quite an astounding number of pumpkin ales available on the market in 2022. This makes it difficult to differentiate what lovers of pumpkin beers call tricks and trash. Some pumpkin beers on the market just get the flavours wrong.

The beers that get the pumpkin flavours right however are considered an absolute delicacy to be enjoyed fireside with a few friends.

So far it has been explained that pumpkin beers are brewed by infusing the sugars, juices and spices that emanate from different types of pumpkins in the United States. Pumpkin pie is not particularly popular in most other parts of the world, so the flavour profile might be confusing for someone from the UK, for example.

Pumpkin beers usually involve a hint of sweetness that can be likened to the taste of a gem squash, filled with luxurious butters and sugars. Many experts claim that pumpkin beers give off hints of caramel, hazelnut, and molasses.

When Does Pumpkin Beer Usually Come Out?

As explained above, pumpkin beer is a seasonal beer, and the differences in taste, and vibe, mean that you normally won’t find bars serving pumpkin beers on the broiling hot days of summer. The sweeter flavours of caramel and sugar mean that pumpkin beers are best suited for a cold day in front of the fire in the latter months of autumn and the early months of winter.

How to Correctly Serve Pumpkin Beer: What Kind of Glass?

This might not be seen as the most important requirement for the average beer enjoyer, but fully embracing the history, culture, and seasonal aspects of pumpkin beer means that you must drink it out of the correct glass.

It is no surprise that you most likely cannot order a pint or draught of pumpkin beer, as that is not the way the drink is meant to be enjoyed. Instead, pumpkin beers are best served in the tulip glass.

The short stem of a tulip glass facilitates swirling, and the large rim allows for the scents to truly escape in the best fashion. Swirling is essential both to release the spicy scents and bring all the flavour to the sip.

Prairie Artisan Ales is situated in Oklahoma and the founders consider the brewery to be part of the third wave of the craft beer revolution. Founded in 2012, the brewery has committed to providing a unique perspective on the landscape of beer in America but committing to experimental values. This is evidenced by the dedication to the pumpkin beer rebirth, and their Pumpkin Kerfuffle Beer is one of the best on the market right now.

Pumpkin Kerfuffle is part of the imperial stout series and personifies the word artisan perfectly. The beer is unusual, especially in comparison to other pumpkin beers as it has a slightly sour taste. This should not throw any potential drinkers off however as the finished product also gives hints of toasted marshmallows and traditional pie spices.

The O’Fallon Brewery is situated in Maryland Heights and the founders are extremely committed to their communities in the creation of their unique and experimental beers. Their mission statement includes the incorporation of local ingredients, recipes, and collaborations to create beers that are regional and consistent with the history of their subcultures.

Their Salted Caramel Pumpkin Beer provides drinkers with a maltiness that leans on the side of subtle caramel flavour. The beer is not too crisp on the tongue in order to ensure that the sweetness from the caramel is not too overpowering. The pumpkin puree is complementary and the medley of regional pumpkin spices makes this beer a legitimate seasonal delicacy.

The Friend of the Farmer is consistent with this mission in its name, as it exclaims the brewery’s commitment to local ingredients and farms in the area. The beer itself uses multiple award-winning recipes that were cultivated by Johnny “Catfish” Bradley – the first pumpkin beer brewer in the region. The Friend of the Farmer is a scintillating porter that boasts a combination of pumpkin spice mixes that makes the drink taste very traditional in terms of pumpkin beers.

As explained throughout this article pumpkin beer differs quite heavily from other types of beers in that it is perfect for the colder seasons, with its sweetness and maltiness making it perfect for thanksgiving dinners in the US, as well as a cold night in front of the fireplace. The food pairings, as such relate closely to flavours and meals that one would normally associate with winter. 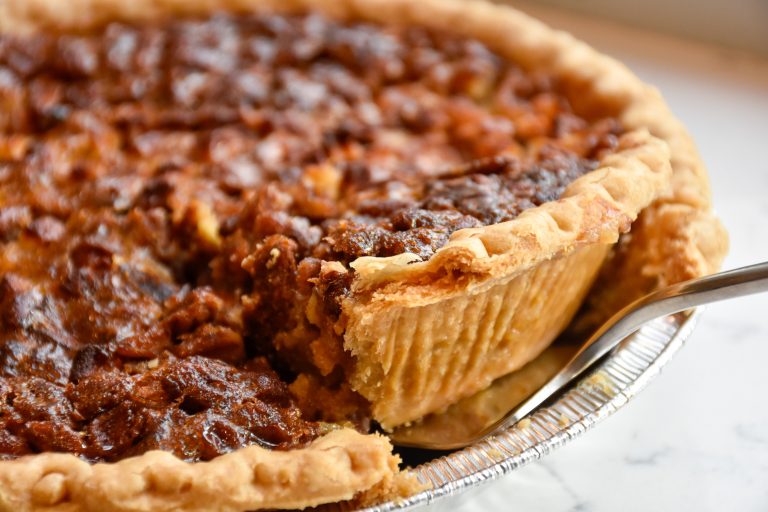 Starting off with a traditional thanksgiving dessert in the United States, almost all pumpkin beer is perfectly suited to a warm, sweet pie. The nutty flavours of a pecan pie complement the sweet aromas and malty infusions of a traditional pumpkin beer.

There is nothing quite like a winter stew that has been simmering on the stove for hours upon hours. Pumpkin beers and their subtle sweet flavours pair perfectly with a big bowl of stew that contains stuffed mushrooms and meat so tender that it falls from the bones.

Spicy soups contrast perfectly with the subtler sweet flavours that spring from a traditional pumpkin beer. The spices do more to balance themselves out than become overpowering. Pumpkin beers, as explained pair nicely with foods that make you feel warm in the colder winter months.

A wonderful warming beer, pumpkin beer is something everyone needs to try, at least once!