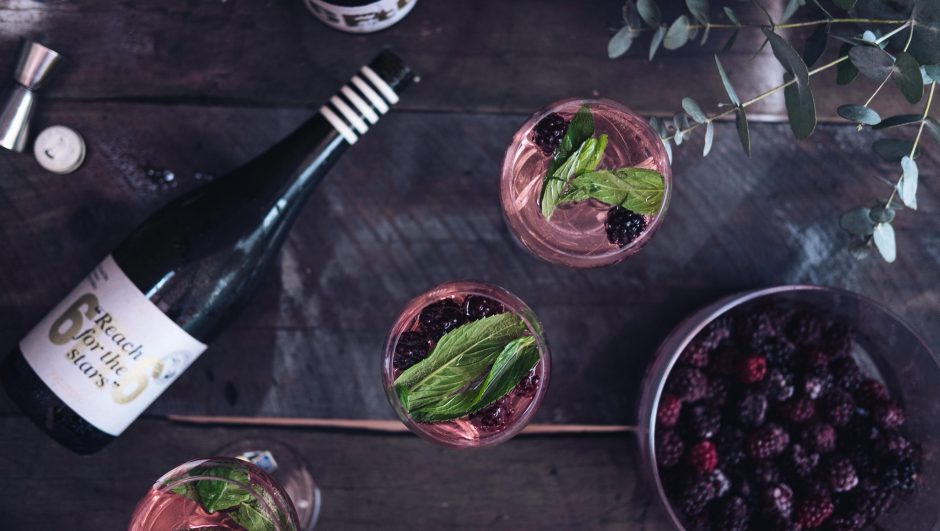 An age old winemaking tradition from Northern Italy has become a household favourite when bubbly is the order of the day.

Prosecco is a beautiful, easy drinking and affordable option that can be enjoyed often.

If you’re not sure what this drink is all about or what makes it special, keep reading. Our guide to this golden nectar tells you everything you need to know!

What Is Prosecco Wine? 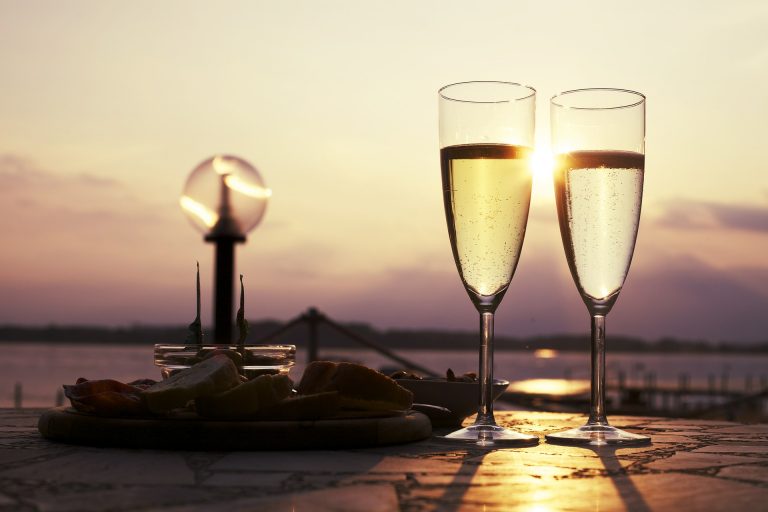 Prosecco is a sparkling white wine that comes from the Valdobbiadene region of Veneto, Italy. It is made with Glera or Prosecco grapes and produced using the Charmat sparkling winemaking method.

Champagne is produced differently from Prosecco. Champagne was first produced in 1693, 175 years before the first Prosecco was created. It is made using Chardonnay, Pinot Noir, and Pinot Meunier grapes using a traditional or classic method.

Prosecco is just a different kind of product and produces a fruitier wine than Champagne, using aromatic Glera grapes and steel tanks in production.

Prosecco is often described as softly sparkling. It has two levels of fizz: spumante or sparkling and frizzante (semi-sparkling). Overall it is less carbonated than Champagne, which has a higher pressure due to the traditional method of carbonation process. The softer Prosecco makes it easy to pair with food.

Where Is Prosecco Wine From?

Prosecco is made from the Glera grape, previously called the Prosecco grape. It’s a highly aromatic green grape and has been growing in northern Italy’s Veneto and Friuli regions for centuries.

In Italy, it’s considered a true Prosecco if it’s made with at least 85% Glera grapes. The other 15% can be a blend of Verdiso, Bianchetta Trevigiana, Perera, Chardonnay, Pinot Bianco, Pinot Grigio, or Pinot Noir.

The Glera grape has a thin skin and quite high acidity which is perfect for sparkling wine. Glera grape wines tend to be light to medium-bodied, with alcohol levels between 8.5% to 12.5%. Aromas include melon, peach, pear, honey and white flowers.

How Is Prosecco Wine Made? 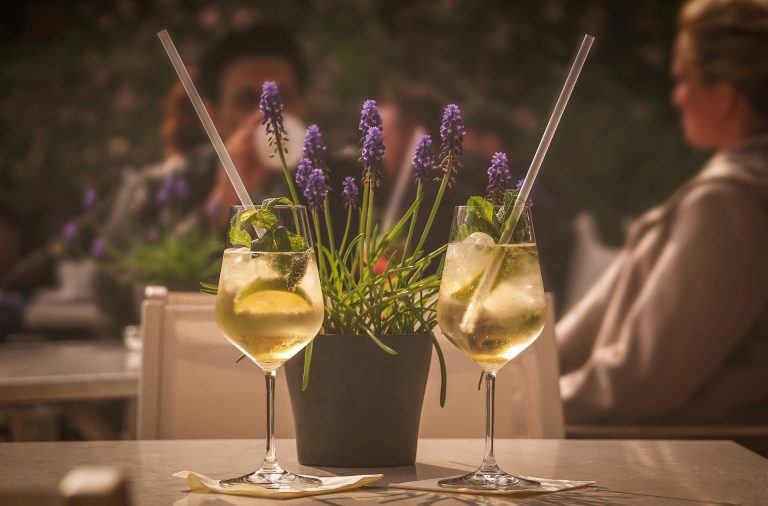 Prosecco is made using the Charmat Method (sometimes called the Italian Method or Tank Method). It is named after Eugène Charmat, who patented a version of the method in 1907.

Once the grapes are harvested, they are gently pressed so that only juice from the heart of the grape is extracted. The juice is left to settle in stainless steel tanks at a temperature between 5 and 10 degrees Celsius for between 10 and 12 hours. Natural yeast is added for fermentation and this process usually takes between 15 and 20 days.

Sugar and yeast are added to the base wine which is then put into stainless steel pressure tanks for a second fermentation. As it ferments, carbon dioxide is released and the container becomes pressurized, which carbonates the wine and produces the bubbles.

Once the wine has reached the right alcohol level, it’s cooled and filtered so that all the yeast is removed. Some residual sugar is kept for sweetness and the Prosecco is bottled under pressure to retain the bubbles. The whole secondary fermentation process takes about 30 days.

The more common Prosecco aromas include green apple, honeydew and pear. The wine is dry and light-bodied, has no tannins with a medium to high acidity.

There are in fact three levels of fizz to a Prosecco: Spumante (bubbly), Frizzante (less bubbly) and Tranquillo (still). The still version is only about 5% of all Prosecco produced.

Most Prosecco wines are produced in a dry brut style, but the sweet, fruity flavours of the Glera grape can make the wine seem sweeter.

Does Prosecco Wine Have Lower Alcohol?

Prosecco is low in alcohol as sparkling wines are lower in alcohol than many still wines. It has a very low APV (alcohol by volume) which is under 12.5 percent. Great if you’re watching your alcohol consumption.

How To Drink Prosecco Wine

Prosecco is often enjoyed as an aperitif before food and can also be used as an ingredient in cocktails. Ideally, it should be served chilled between 6 and 10 degrees. Keep it in the fridge until ready to serve and then keep in an ice bucket filled with ice and water.

What Food To Pair With Prosecco Wine 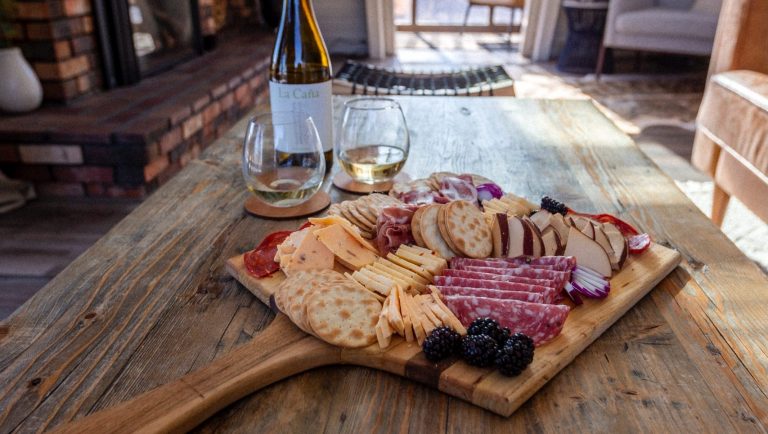 Prosecco pairs well with a wide variety of different foods, like cured meats, strong cheeses and fish. Whether enjoying oysters or fried food, Prosecco is a good companion.

There are indeed health benefits that come with drinking Prosecco. Not only is it a keto wine but it can also improve your memory and the functioning of your blood vessels. Increased blood flow caused by drinking Prosecco can decrease blood pressure and the possibility of clots.

How Much Is Prosecco Wine?

The price point between Champagne and Prosecco is different because of their methods of production. Champagne is a more hands-on and expensive process, making Prosecco about a third of the price of a bottle of Champagne.

Why Is Prosecco So Popular?

Prosecco is easy drinking with its dry, brut style and fruit flavours which give it a sweeter flavour. It has a good price point making it perfect for get-togethers or even an after-work drink. It makes a great gift because it’s affordable but still has a touch of luxury. The simple production method of this wine keeps the price low.

Versatility is another selling point when it comes to food pairing. Prosecco tastes great with a range of dishes and cuisines. This wine can be served before a meal and also work well with the main course. The sweet aromatics and bubbles make it an especially good match for spicy dishes and Asian food.