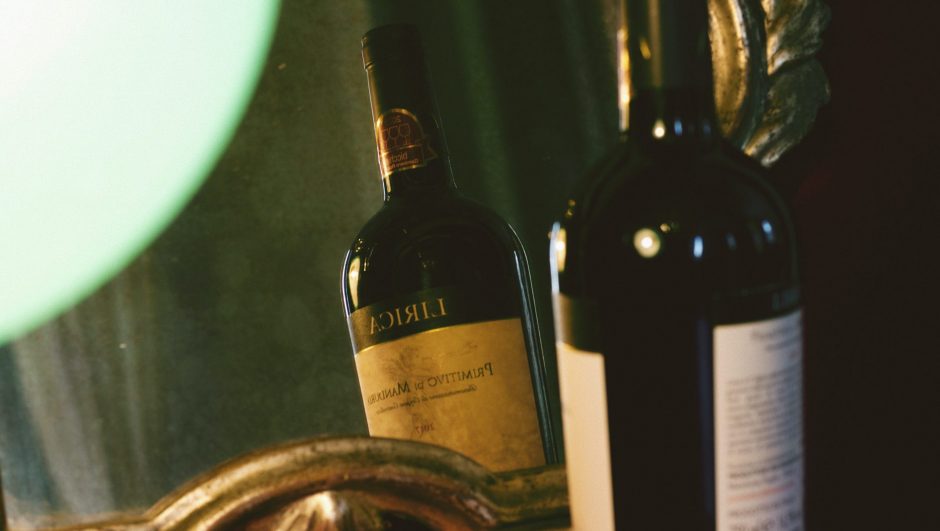 Primitivo grapes are well known for their unique tastes and qualities.

A typical wine created from Primitivo grapes is what many experts in the industry would call inky and tannic. Lovers of red wine will bask in the flavours of the primitive grapes, while non-red wine lovers might find that primitive is just different enough to still be enjoyable.

Because of these unique qualities, it is a good idea to give Primitivo wine a chance when you’re getting bored of the same old pinot noirs and cabernet sauvignons.

What is Primitivo Wine? 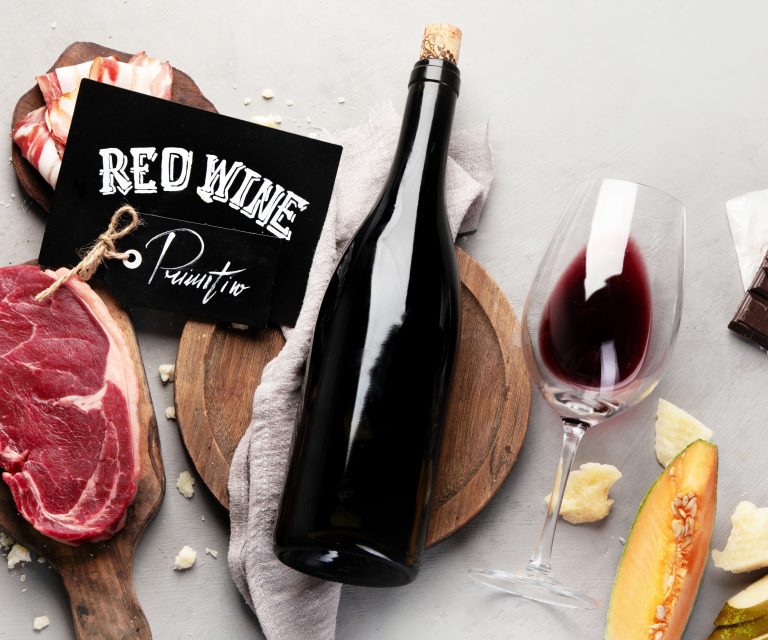 Primitivo itself refers to a dark-skinned red wine grape that is most compared to a Zinfandel. These grapes are extremely popular in Italy, and they are the third most farmed grape in the Puglia region in southern Italy. Primitivo wines are typically described as rustic, with high alcohol contents, even in comparison to other red wines.

Is Zinfandel and Primitivo the Same?

As described above, primitive grapes are most often likened to Zinfandel grapes, with many wine lovers often confusing the two, or assuming that they are the same. It is true that genetically zinfandel grapes are extremely similar to Primitivo grapes, however, there are a few interesting differences to note.

Firstly, from just a grape perspective, the clusters and berries which grow on vineyards look markedly different with Zinfandel clusters being rather big in size with the berries the size of a thumbnail. Primitivo clusters on the other hand are half the size, with the berries being the size of a pinkie thumbnail. In terms of the wines, these two grapes produce, Zinfandel wine is far fruitier and punchier, while the Primitivo wines are inky, rustic, and tannic flavoured.

Where is Primitivo Wine From?

Primitivo grapes originate from Croatia but were brought across the Adriatic Sea, to the southern coast of Italy, in the late 1700s. Primitivo wines became a staple for Puglia in the late 1900s as winemakers across the Italian region were offered financial incentives by the government to cultivate the land and grow unique wines in order to boost the alcohol industry in the country. Since then, Primitivo has often been closely associated with Italy and Puglia, even though it has its roots in Croatia.

How is Primitivo Wine Made?

Primitivo grapes are typically harvested far earlier in the year than many other red wines grapes, such as the zinfandel. Harvest month is usually August and the process of fermentation begins shortly thereafter.

The reason that primitive grapes are harvested earlier is because of their ripening qualities which help winemakers know which grapes are usable sooner, and which grapes can be discarded as they would likely produce a glass of lower quality wine. Primitivo grapes are also used for blending with other red wines to increase the alcoholic content of those wines.

Primitivo, as explained throughout this article, leans quite heavily on the alcoholic side of red wines and therefore comes with a far more rustic and tannic taste than many competitors on the market.

Also see  Zinfandel Wine: The Red, The Pink, and The Unique!

Skilful winemakers will look to alter the fermentation process slightly in order to properly balance out these flavours, instead of creating a wine that is so overpowering as to put off people who don’t often enjoy red wine. Some of the characteristics described by experts to describe a purely primitive wine include earthy, fruity with notes of cherry and raisin, and sometimes sweet (when properly processed).

How to Drink Primitivo Wine

Primitivo wines have surprisingly strong flavours, even for red wine, and most people enjoy these wines when pairing them with foods of the correct flavour profile. Of course, like with any other red wine, a primitivo is perfect to enjoy in front of the fireplace during a cold winter, but these wines are definitely best enjoyed when prepared with a delicious winter feast.

What Foods to Eat with Primitivo

As explained above, the flavours which best describe a Primitivo are tannic and earthy. These wines are moderately acidic and are therefore best paired with foods of a savoury variety, as opposed to wines that go better with desserts, such as a Merlot, Pinot Noir or Cabernet Sauvignon. The following meals are best for pairing with a strong Primitivo wine.

The flavour profile of a Primitivo wine makes eggplant one of the best possible pairings at the dinner table. The acidity of the wine will also blend perfectly with the tomato sauce, used to baste the pasta. The earthy flavours of the primitive, as well as the chocolaty undertones, will pair perfectly with other charred vegetables that might be added to enhance the meal

This one is more about the aesthetic of both the food and the wine, as the pairing will make anyone enjoying the meal feel like they’re sitting on the southern coast of Italy. Rustic pizza flavours such as tomatoes, onions, and garlic will once again pair perfectly with the earthy flavours of the Primitivo wine.

The rich and earthy nature of a primitive wine makes it a perfect pairing for meaty stews made to keep warm throughout the winter months. The moderate acidity of a Primitivo means that often times chefs will add the wine to the gravy that is used to braise meats and give them a professional, rich taste.

Primitivo wines are generally considered mid-range in terms of pricing. When compared to some of the more expensive red wines on the market such as a Cabernet Sauvignon or a Chateau Margaux a primitive would be considered relatively on the cheaper side.

What Wine is Primitivo Similar to? 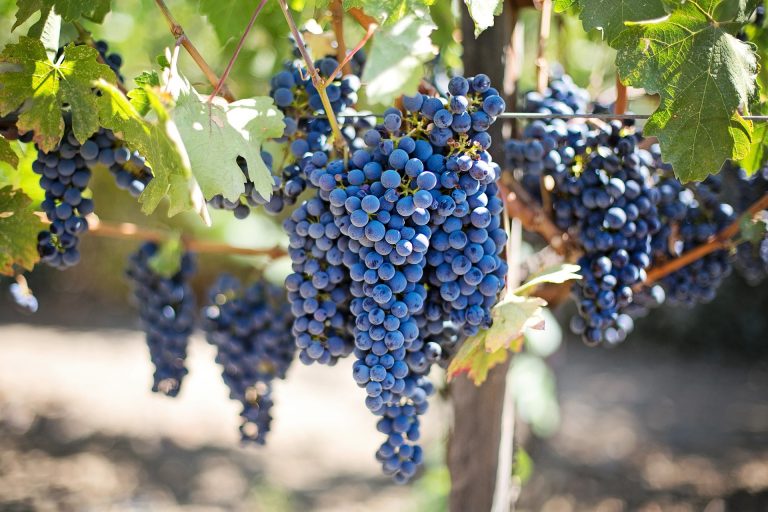 As explained above, Primitivo wines are rather similar to Zinfandel wines due to the genetic similarity that exists between the two clusters of grapes. Another wine that is often associated and compared with a Primitivo is a Negroamaro wine which is also famous within the territories of southern Italy and Puglia.

Next time you’re looking for something different, give Primitivo a try, you may just love it!