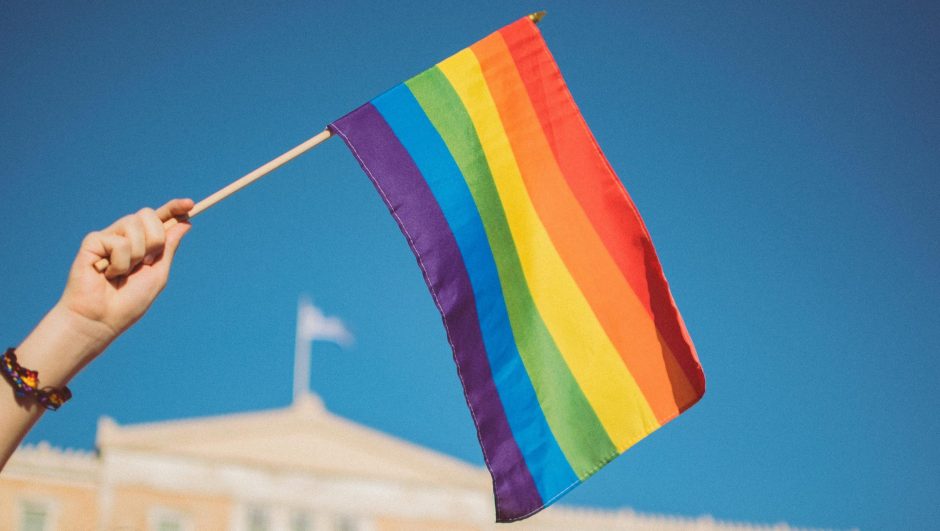 Pride Month is a time of joy for the LGBTQ+ community. But it’s also a reminder that those who do not conform to a heteronormative society are still the target of prejudice, whether through legislation, hate crimes, or a simple lack of acceptance.

When is Pride Month?

Across the world, the LGBT+ community comes together every June to celebrate Pride Month. June was chosen to remember the Stonewall Riots or Uprising, which occurred in June and early July 1969.

In the USA at that time many states still classed same-sex sexual intercourse as illegal. As such, gatherings of the LGBTQ+ community were heavily policed.

In 1966 the Stonewall Inn was converted into a gay bar and became a place of relative safety for gay men, and later also for lesbians and transgender people. The bar was regularly raided by police, who arrested all men dressed in drag, as well as women who did not appear “feminine” enough.

A raid on the 28th of June 1969 was met with uncharacteristic resistance by the Inn’s patrons, which led to a series of protests over the following nights. Marsha P Johnson, a black, self-identified drag queen and activist, is now recognized as a leading figure in the Stonewall Riots and went on to participate in the first Gay Pride rally in 1970.

Johnson, who died in 1992, has also been described as transgender and bisexual, and used the pronouns she/her.

The LGBTQ+ Community In Context

Being gay, gender-nonconforming or otherwise non-heteronormative is still stigmatised in many communities, although more LGBTQ+ people are coming out every year. While some nations now officially recognise Pride Month, many still criminalise gay relationships. The International Lesbian, Gay, Bisexual, Trans and Intersex Association (Ilga) monitors the progress of laws relating to homosexuality around the world.

The 2021 UK census has been the first to include LGBTQ+ statistics since its start in 1801. Stonewall (a UK organisation supporting LGBTQ+ rights) are holding a Celebrate Pride in the Workplace workshop on 9 June 2022. The charity is holding an LGBTQ+ event on Telling Our Stories as part of Pride Month activities on 23 June.

A Gallup poll in 2021 states that the majority of Americans support the concept behind the Equality Act, legislation that bans LGBTQ+ discrimination. 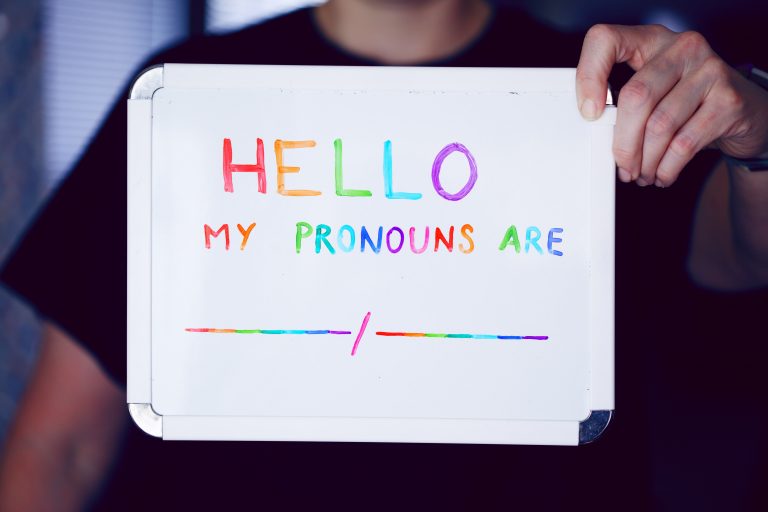 The Largest Pride Events In The World

Pride events worldwide have grown exponentially over the past years – a few of the largest events are now:

This was the birthplace of Pride and is now home to the largest Pride event in the world, in which millions of marchers participate. In 2019 over five million people took part in WorldPride; a series of LGBTQ+ celebrations in commemoration of the Stonewall Riots.

The 2011 Pride March in Sao Paulo was, at the time, one of the biggest Pride events in the history of LGBTQ+ activism as it hosted around four million marchers. In 2013 an estimated five million people were in attendance – as yet the largest local Pride March ever recorded.

In 2017 the WorldPride event took place in Madrid and attracted over 3,5 million people, while in 2007 their Europride celebration was estimated to have included over two million participants.

The San Francisco Pride March of 2014 was attended by over 1.5 million members of the LGBTQ+ community and allies, and it remains one of the largest LGBTQ+ events in the world.

These four events are gigantic, and there are many more around the world that attract hundreds of thousands of people – some of the larger Pride events have been hosted in London, Cologne, Rome and Paris.

The event returns to San Francisco’s Civic Center for the two-day Celebration, and participants will march down Market Street for Sunday’s Parade. This year’s theme is Love Will Keep Us Together and was chosen by members.

Social Media and Pride – The Statistics

We live in the age of social media – Twitter, Facebook, Instagram, Pinterest and TikTok are the most popular means of communication amongst those who have Internet access. When it comes to Pride events, social media plays a huge role in disseminating information and drumming up support.

Of interest, some top LGBQT+ creators on Twitter have shared their insights on how to connect with the LGBQT+ conversation during Pride month in a meaningful way. Their perspectives make for interesting reading.

Who Is Tweeting About #Pride?

Location by city: out of the total of seven million #Pride2019 mentions:

It’s clear that Pride belongs to LGBTQ+ communities around the world – each continent was represented on Twitter.

How Do People Feel About #Pride?

Offline, Pride events evoke a number of different emotions in people, both positive and negative. On Twitter emojis give us an idea of attitudes towards Pride. The most popular:

Pride Month doesn’t only see crowds take to the streets; it also offers brands the chance to show their support for the LGBTQ+ community (while cashing in on the popularity of Pride-themed products). Statistics from the USA show that there is huge profit to be made by targeting the LGBTQ+ community in marketing.

The LGBTQ+ population in the US has an estimated $917 million in buying power.

In 2020 there were many brands that focused on Pride marketing during this significant month, many of which, such as Disney and Skittles, released limited edition rainbow-coloured products.

Analysis of English-language media outlets showed which companies clocked up the most mentions of Pride out of a total of 2139 articles.

Seventeen other big brands also mentioned Pride, including Microsoft, Starbucks, Adidas, IKEA and Calvin Klein. Some brands partnered with LGBTQ+ advocacy organizations and donated a percentage of profits to their cause.

The use of Pride solely for promotional purposes without reciprocation (Rainbow-Washing) is heavily frowned upon. A high-profile example of Rainbow-Washing was the rainbow MAGA hat sold during the Trump/Pence campaign: an obvious attempt to attract LGBTQ+ voters and money by politicians trying to pass anti-LGBTQ+ laws.

Last year Kim Kardashian was criticised for using Pride Month to promote her own video game. 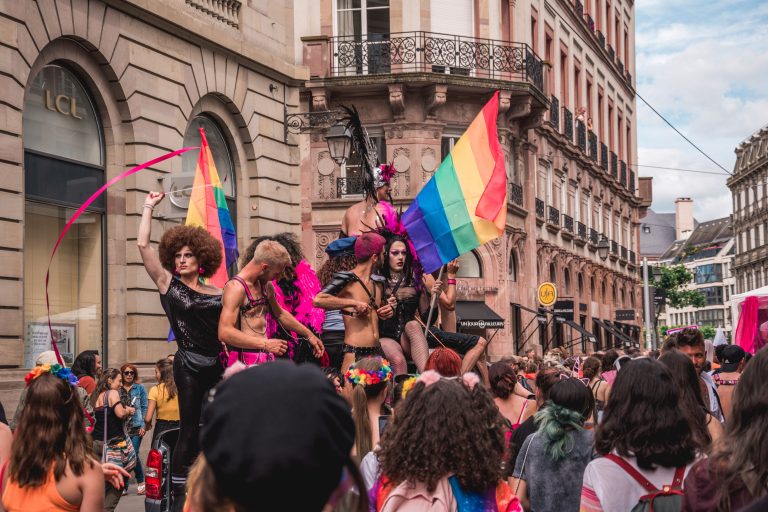 How Are We Celebrating Pride 2022?

Pride celebrations are traditionally held outdoors and often attract huge crowds. Since 2020, however, strict lockdowns prevented any such gatherings and people had to congregate in online spaces.

In 2020 the highlight of Pride Month was a 24-hour live stream, accessible to people all over the world. This first of its kind event featured music, speeches and other performances, and was attended by Joe Biden and Nancy Pelosi, as well as high-profile members of the LGBTQ+ community like Laverne Cox. A few Pride events in the works this year include:

This year the Gay Pride Parade in NYC is on Sunday, June 26, 2022, starting at noon. Millions of New Yorkers and people from other areas are expected to attend. As in the 2021 event, grand marshals will be in attendance too.

The WorldPride event will be taking place in Copenhagen in August from the 13th to the 20th. This year the event starts in Frederiksberg and organisers are expecting to change the Pride Parade route. Organisers expect to start from Frederiksberg City Hall and turn right down Allegade – Frederiksberg Alle – Vesterbrogade – Hammerichsgade – ending at Studiestræde.

Organisers are anticipating being in a position to make the new route public on 5 May 2022.

Madrid is hosting a noteworthy Pride Parade (MADO) with a week-long celebration of concerts, parties, sport, art and culture. The 2022 event takes place from 24 June-2 July. The event organisers are expecting more than 60,000 participants in this year’s festivities from all over Europe.

Gay Pride is a 4-day affair in Taipei in Taiwan. This year it takes place from 27 October-30 October. Asia does not host many Pride events, so Taipei’s Pride is a very important occasion, being the biggest gay event in Taiwan.

Due on Saturday 2 July 2022, Gay Pride London is celebrating 50 years since Gay Pride commenced in the UK. That is some milestone. The 2022 campaign aims to commemorate the past 50 years and the movement’s evolution as well as acknowledging the torch bearers who came before. The movement also plans to recognise the challenges still faced by the LGBTQ+ community nationally and globally.

Some of the commercial partners in the event include some pretty big UK names and brands. They include Tesco, The Mayor of London, Facebook, Coca-Cola, Play Station, Transport for London, City of Westminster, BT and Adobe.

While more and more people identifying as LGBTQ+ are feeling safe enough to live openly, there is still a lot of prejudice to contend with.

Statistics show that recognition and support is growing, especially with the increase of brands promoting Pride. Despite this, the world still has far to go in making society truly inclusive and, in some cases, removing the very real danger of imprisonment or execution faced by non-heteronormative individuals around the world.

Although not wanting to end on a negative note, the struggle is not over and in some regions, LGBQT+ activists have an ongoing uphill battle. NBC reports in 2022, almost 240 anti-LGBTQ+ bills have been filed so far. Most of them target trans people. The annual number of anti-LGBTQ bills to have been filed has skyrocketed in the last several years, from 41 in 2018 to 238 in less than three months of 2022.

This move to the right in the US has left many progressives scratching their heads in dismay as most of the progress made for LGBQT+ rights has reversed.

But with the downfall of Donald Trump and Joe Biden as POTUS, LGBQT+ activists are working hard to reverse this trend, even drafting roadmaps for the US government to start working to achieve this.

Besides the above reverses, the US has restored rights related to sexual orientation and gender identity that were rolled back by the previous Trump administration. US President Joe Biden ended a ban on service by transgender people in the military, he reversed a policy which previously allowed health care companies to deny coverage to gay and transgender people. He also signed an executive order vowing to use American diplomacy and US foreign assistance to promote and protect LGBTQ rights internationally. And the White House appointed Jessica Stern as US special envoy for global LGBTQ issues, filling a post left vacant by the Trump administration.

There are also glimmers of hope in unexpected places. Bangladesh, home to 1.5 million transgender people, has accepted a transgender mayor and Botswana has decriminalised homosexuality.

The tiny Himalayan kingdom of Bhutan became the latest Asian nation to decriminalise homosexuality this year.

Nepal has introduced a third gender category in its census this year for the first time. Respondents have the option of choosing “others” as their gender, alongside male and female.

As we approach Gay Pride month, it’s important to bear achievements in mind. LGBQT+ rights have come a long way since Stonewall and they have a long way to go still. But every step in the right direction is a victory!

Veganism Statistics Australia 2022 - How many vegans are there?