Blog » Wine, Beer & Spirits » Wine » Wineries » European Wines » What is Portuguese Wine? An In-Depth Guide To The Wines Of Portugal 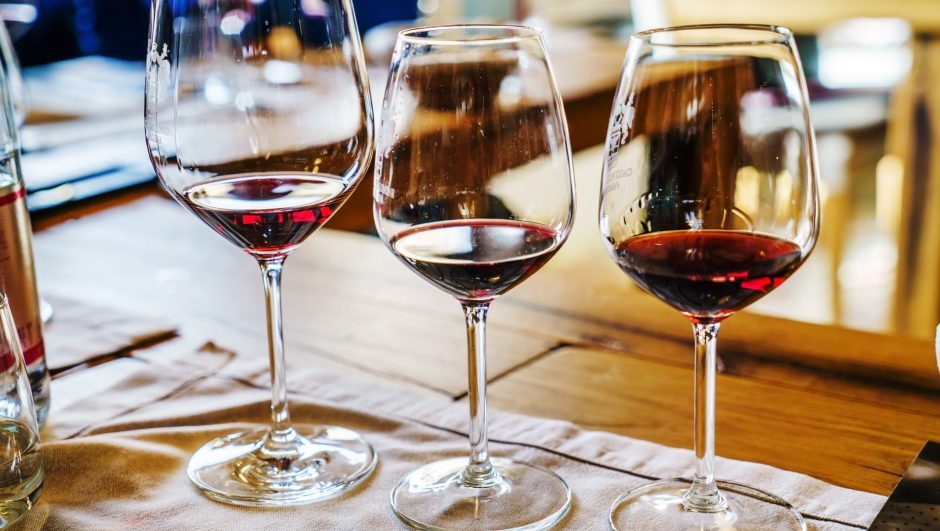 Portugal, like most of Europe, has a long and deep-rooted culture and tradition of winemaking. Known for its delicious port, the wonderfully temperate climate and diverse landscape are also well-suited for the cultivation of a variety of unique and exceptional grapes. Today, Portugal’s bustling wine industry has become a major competitor on the world stage.

What Is Portuguese Wine?

Historians believe that the first people to cultivate grapes for wine in Portugal were the ancient Phoenicians and Carthaginians as far back as 500-300 BC. The ancient Greeks also further established and produced red wines along the Douro River. Over the ages, the region steadily became an important producer of wine, supplying the Roman Empire. Later, in the 12th century and onwards, it also became a major exporter to England and abroad.

Portuguese wine is distinctly blended from a number of unique and indigenous grape varieties. They are usually labelled and classified by region, and also region-specific regulations. A general standard throughout is having at least 85 percent of a certain grape variety in order to have it on the label.

The common types of Portuguese wines are:

There are 3 levels of quality for wine in Portugal, which can usually be found on the wine label.

“Quinta” often seen on Portuguese wine labels, refers to an established wine estate, much like the French “chateau”.

What Are The Different Portuguese Wine Regions? 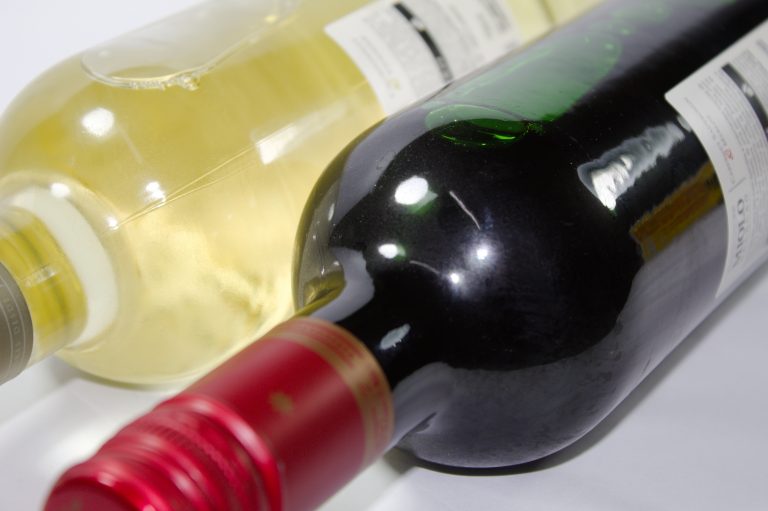 The region of Vinho Verde stretches from Minho to the Douro River. The name translates to “green wine”, or more specifically “young wine”. This refers to a method of winemaking that involves releasing the wine three to six months after harvesting. Vinho Verde produces light and fresh bodied wines that come in a variety of white, red, and rosé. They are often enjoyed in Portugal during the hot summers and can go especially well with many seafood dishes.

A particularly isolated and rugged, but beautiful, area of Portugal, the high altitudes, intense weather and climate, a rich mountain soil, give Trás-os-Montes wines a robust and unique full-bodied taste. Apart from their strong, high alcohol wines, the region is known for making Vinho dos Mortos “Wine of the Dead”. As the story goes, this wine was so dear to the locals during the French Invasion, that they buried it to prevent it from being stolen.

The Douro Valley is unarguably the most celebrated Portuguese wine region. It is also one of the oldest wine regions in Europe and even the world. Many renowned vineyards can be found here, scattered throughout its beautiful valley and hills, and along the winding Douro River.

The region is most famous for being the producer of the well-known Vinho do Porto, otherwise known as fortified port wine. Port is characterised by its delicious strength and sweetness and is often served with desserts.

The grapes of the Távora-Varosa region are known for having a particular high acidity, which makes them well-suited for making sparkling wine. It is here that you will also find the few imports to Portugal, such as Chardonnay and Pinot Noir.

The beautiful mountainous of the north, Dão is famous for producing some of the country’s best red wines. In Lafões, younger and more acidic wines, similar to the Vinho Verde region, are produced. Another of Portugal’s oldest wine regions, Dão is home to the Touriga Nacional vine, which is considered to be an important component in port wine.

A small region situated close to the Atlantic, Bairrada is renowned for its red wines, though it also produces a variety of sparkling white wines.

Home to one of Portugal’s tallest mountains, Serra da Estrela, Beira Interior is a high altitude region which often experiences snow on the mountains during winter. A number of red and rosé wines are produced here.

The wines of the Tejo region are well-known for their quality and reasonable price, making them popular, and causing the region to become a major producer for Portugal. Tejo produces both reds and whites, supplying them in mass quantities to restaurants around the capital of Lisbon and elsewhere.

The region around the country’s capital is known for a variety of wines, in particular its light whites, and also liqueur wines. Many of the best Portuguese wines can be found here, including Bucelas, Alenquer, Carcovelos, and Colares.

The coastal Setúbal region is known for its stunning beaches as well as for growing the Muscat grape used to make the popular sweet and fruity Moscatel wine.

Alentejo has a climate well-suited for vineyards, cork trees, and olive groves. Here, full-bodied and fruity reds are produced, along with a few mildly acidic white wines. Like Douro and Dão, Alentejo wines are considered to be some of the best in Portugal.

An area known for its white beaches, excellent weather, and attracting thousands of tourists every year, the Algarve also produces a number of smooth and fruity red and white wines.

The Portuguese island of Madeira is considered to have one of the best fortified wines in the world, and is so renowned, especially in Britain, that it was even mentioned in Shakespeare’s play, Henry V.

Out of the nine isles of the Azores, three of them are wine producers and are particularly known for the unique style of Vinho de Cheiro, a sweet and fragrant wine with low alcohol.

What Wine Is Portugal Most Famous For?

Though Portugal produces a wide variety of different wines, it has long been associated with Vinho do Porto, fortified Port wine. This came about in the 17th century, when Portuguese sailors began to fortify their wine with Brandy in order to preserve it over long sea journeys to England.

It soon became popular in England and abroad, and dominated Portugal’s exports up until the 1980s. During a sudden surge of independent Portuguese wine estates, “quintas”, began producing more wines for the international market. Though many varieties of wine are exported today, port still generally remains one of its major exports.

What Is Irish Wine? The Best Irish Wines To Try On The Emerald Isle

What Are The Best Portuguese Wines?

There are many high quality Portuguese wines to try. Here are a selection of some the most popular in stores at the moment: 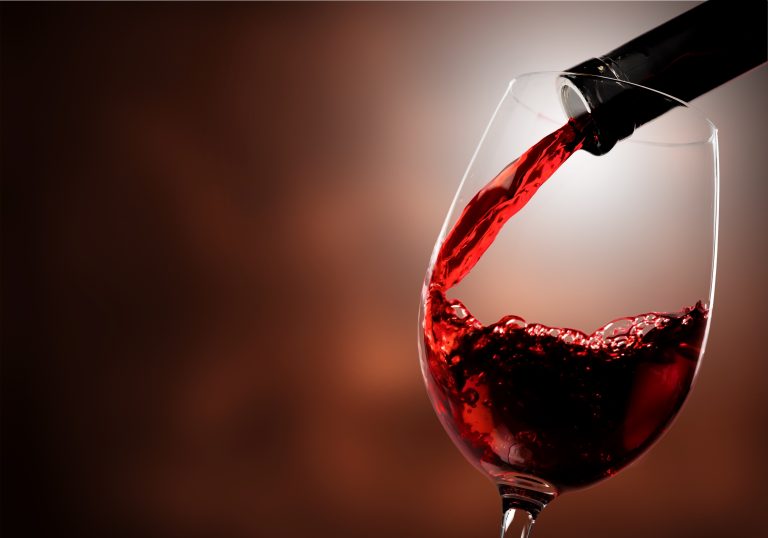 With the international wine market dominated by Portugal’s larger and more successful neighbours, Portuguese wine has long been overlooked. In recent decades, winemakers in the country have made a concerted effort to expand their exports in the global market. This has led to many Portuguese wines being exceptionally well priced for their quality. Generally, whatever type of wine you enjoy, there is likely a Portuguese alternative to be found, and at a better price.

Over its long history, Portugal’s unique topographical location has given its wine culture relative isolation from Spain and the rest of Europe. Of their many varieties of grape, around 200 of them are uniquely indigenous and don’t grow anywhere else in the world. Though port has so long dominated the public’s perception of Portuguese wine, wine connoisseurs around the world are beginning to see Portugal in a new light. It is now considered to be a new frontier of wine in Western Europe, being explored with great relish.

Give Portuguese Wines A Try

With such an ancient and rich heritage of winemaking, it’s a wonder that Portuguese wines aren’t more famous. Many connoisseurs around the world do love their port. However, if you’re interested in some of Portugal’s other delectable wines, don’t hesitate to give them a try. You won’t be disappointed.