Blog » Wine, Beer & Spirits » Beer » Beers from Around the World » North American Beers » Beers of the United States » Everything You Need To Know About The Best Pittsburgh Breweries 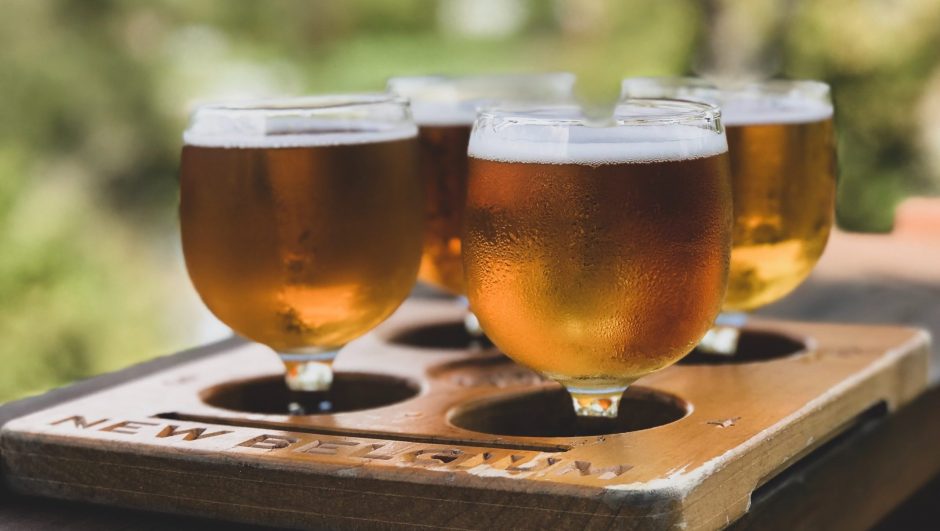 Pittsburgh has been known to be a major industrial city, filled with skyscrapers and bridges. It’s become somewhat of a hub for local business owners, and the beer industry has reaped the benefits.

Pittsburgh is now home to over 40 breweries, and these Pittsburgh breweries are attracting beer lovers from far and wide, in addition to keeping the locals very happy!

What Are The Best Breweries In Pittsburgh?

When you come to Pittsburgh, you’ll be looking for that industrial authentic feel. Where a cafe or a restaurant (or in this case a taphouse) doesn’t feel like it’s trying to be something it’s not. A to-the-point style joint with a few creative brews in the mix. That’s exactly what you’ll find at the East End Brewing Company in East Liberty.

East End is known for serving up a unique selection of thick crust pizza, subject to seasonal change, but this Pittsburgh brewery is crafting up some deliciously thirst-quenching beers to go along with their equally as scrumptious pizzas. This combination made in Pittsburgh heaven is what keeps the locals coming back for more, and has made their beer so popular they’re selling it by the kegful.

Find pizzas topped with seasonal veg like asparagus and garnished with garlic oil, hot honey and lemon ricotta. Accompany this simply delicious meal with one of their IPAs. A springtime IPA they have at the moment is the Lincoln Place, which has perfect spring flavours like grapefruit and pine, to go down smoothly with their seasonal and light pizzas.

When wanting to embrace the history of Pittsburgh, and enjoy a beer that’s crafted with the traditional methods in mind, the Penn Brewery in Northside is exactly what you’re looking for. The Penn Brewery is the oldest brewery in Pittsburgh. They’ve been around so long that in the 19th century they had to abide by the strict quality standards of the 16th-century Bavarian Reinheitsgebot purity laws.

These traditional methods make up the foundation for the crafts of the Penn Brewery, but they have also taken a dive into the craft beer scene and embraced new and interesting flavours. Something like their German chocolate cake stout, they’ve taken a traditionally delicious recipe for stoat and added chocolate, coconut and oats to create a smooth and delicious liquid dessert.

Their food menu is also a reflection of their old style embracing the new with dishes like poutine, potato skin and German pancakes. Then you can get something like pretzel breaded cod or bratwurst flatbread, taking some conventional foods and making them fresh and modern. Enjoy in their fairy lit Biergarten and be transported back to a better version of 19th century Germany.

Hitchhiker brewery is one of those Pittsburgh breweries that really is all about the beer. They’ve spent the last decade perfecting the art of sour beer, and now sell their beer all over the country. You’ll be able to find them online or at your local beer merchant, as their brews are intended for home (or party) consumption.

If you do find yourself at their industrial style taphouse, you’ll notice a very down to earth Pittsburgh attitude. There’s no fuss and feathers at the joint, just good beer, food and the best playlist to enjoy. They have locations in Sharpsburg or Mt. Lebanon. Bring your pets and enjoy these refreshing brews in the sun shining into their relaxing little courtyard.

The Mindful Brewing Company is exactly what the name suggests. All the ingredients used in their brews and food are carefully selected from local producers to make food and beer that’s authentically Pittsburg. This Pittsburgh brewery offers a vibe that’s inclusive, welcoming and friendly for the whole family to enjoy.

They have an extensive range of traditional German-style beers like Bock beer to American style ales and IPAs, so however strong you like your beer you’ll be able to find one that matches your preference. Feel free to also enjoy their brews from anywhere, as you can order them online too.

For many gluten intolerant folk, beer is completely out of the question. It doesn’t get the name “liquid bread” for nothing, but to the surprise of many, there are methods that can be used in order to make this yeasty treat gluten-free. Aurochs Brewing has pioneered the movement toward a world where the gluten-intolerant can still enjoy a pint and made something quite delicious in the process.

The founders of Aurochs wouldn’t let their gluten intolerance and celiac disease get in the way of enjoying a cold beer, so why should anyone else? All their crafts are naturally gluten-free, and the process has been tried and tested by those who know best. You’ll be able to find any of your favourite light beers at Aurochs like blonde ale and IPA, along with one or two German-style darker beers.

Which Brewery In Pittsburg Has The Best Food?

The gastropub-style food at the Ciderlands taproom in Wexland can not be ignored when sampling their brews. Their focus is on wild ale and oak fermented lager, and since they’ve begun to master their craft they’ve developed a menu that’s just as creative and masterful to accompany their brews.

The success of Ciderland’s brewery has allowed for the expansion of their “Warehouse” location, which can seat over 300 guests. There’s live music, and entertainment and you can even hire the space for private events, and get catering from their extensive and unique menu.

They feature a “secret burger of the week” to keep things interesting. Only at the Ciderland can you find a crab patty with bechamel, pickled peppers, caviar and a side of malt vinegar chips. Enjoy it with one of their citrusy lighter beers for the perfect lunch. This joint is also family-friendly too, so don’t be discouraged to bring the kids! There’s plenty of delicious food for everyone.

What Beer Is Pittsburgh Famous For?

However, as with all New England states, Pittsburgh certainly loves its IPA and the New England style IPA is prominent in regions all over America. The lighter style ales prove popular in many states as it’s a great beer to enjoy all year round, it’s not too strong and can be enjoyed at lunch and it has a delicious taste that pairs well with many American favourites like pizza and pretzels.

What Are The Major Beer Events In Pittsburgh?

What better way to enjoy the summer and celebrate the beauty of local Pittsburgh beer than with a summer beer fest. Enjoy all the that the City of Steel has to offer from their beer industry and gather with the locals to celebrate the summer season with a few cold ones. There’s beer sampling and food trucks, and the weather is bound to be perfect. It’s the best way to enjoy all the breweries in one go.

End It With A Beer Trail

Make the most of your time in Pittsburgh with a beer trail. This is available all year round and ensures you’ll be able to try all the best Pittsburgh breweries on offer. A great idea for any birthday or special occasion. It’s a fantastic way to drink a ton of beer, learn something new, and do something out of the ordinary, all while having a tour of the city.