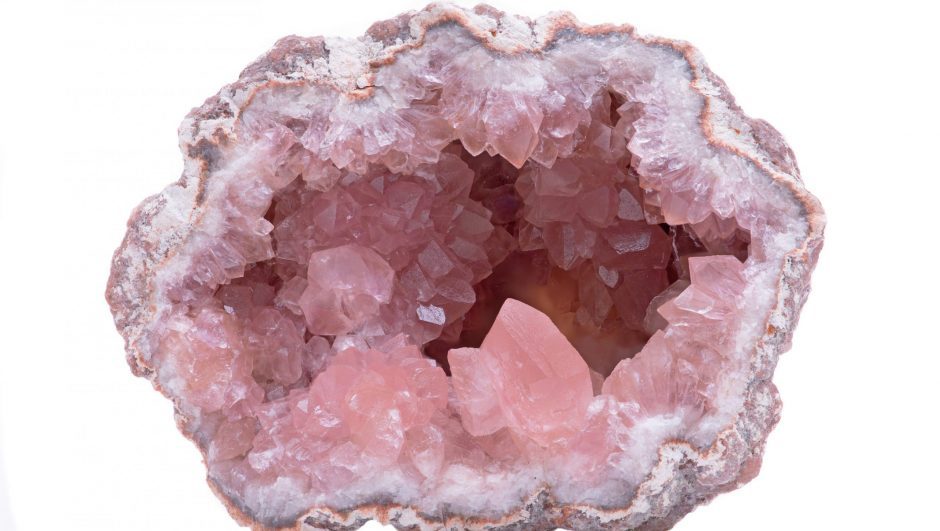 What makes pink amethyst so very special – aside from its beautiful splendour – is that it’s a fairly recent discovery in the world of crystals and gemstones. It was discovered very recently in Patagonia, Argentina, and draws its pink colouring from the inclusions of Hematite within the structure of its crystal.

Gemmologists and scientists have spent a great deal of time examining this uniquely coloured pink gemstone. In doing so, they’ve managed to establish that pink amethyst is much closer to amethyst than any other major mineral form, including rose quartz.

What Is Pink Amethyst? 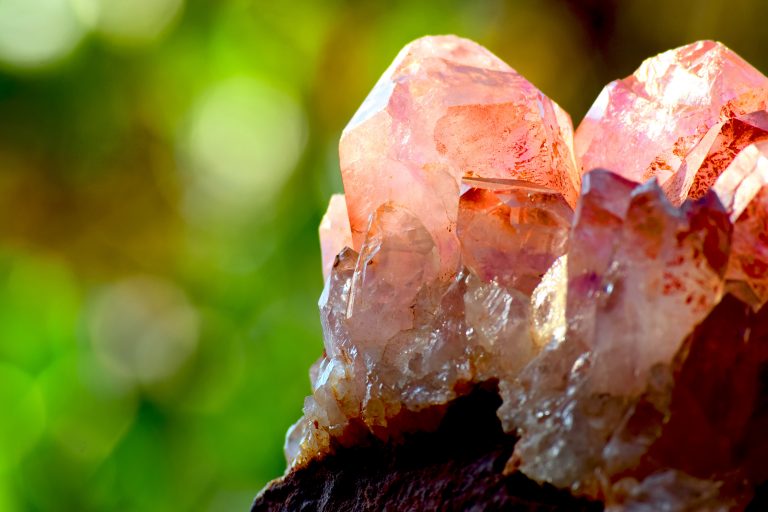 Pink amethyst, while real amethyst, forms when Hematite enters into the equation of formation. Its pink colouring gives it a distinguished hue when compared to regular, purple amethyst.

Many view pink amethyst to be a much softer and even more feminine version of regular purple amethyst crystal. But despite its softer appearance, it is no less powerful than purple amethyst.

What Is The Meaning Of Pink Amethyst?

Throughout the pages of history, we have discovered amethyst to mean various different things to all types of people.

For monarchs, it has been used in crowns and other royal jewellery. And for those who abstain from the use of alcohol, wine goblets fashioned out of amethyst soon became a symbol of sobriety.

Since pink amethyst was only recently discovered, it has yet to discover its true meaning and place in the world.

Even so, since pink amethyst appeared almost out of thin air, its rarity and recent discovery is an honour for those who are fortunate enough to experience it first-hand during its early years. For many, the true meaning of pink amethyst is that “the best is yet to come”, meaning there’s so much more left to discover, and that there will always be more wonderful things to learn about and explore. 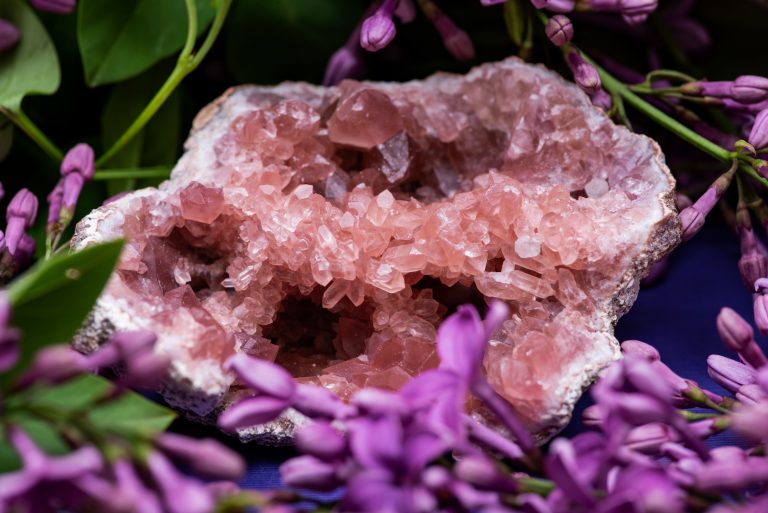 Perhaps the biggest benefit of pink amethyst is that it resembles promise untold.

It was only discovered and mined for the first time in 2019, meaning it holds a frequency not yet fully tapped into by the human body.

This means a whole new and certainly fresh perspective in the world of amethyst and gemstones. Since pink amethyst is regarded as a personal and soft crystal, it makes for a fantastic crystal to incorporate into jewellery.

What we do know about the untapped benefits of pink amethyst, is that it contains amazing healing properties for those suffering from severe anxiety and stress.

To this same end, pink amethyst may also be effective at treating physical ailments caused by stress and angst. It has also been known to induce lucid dreaming, and so keeping a crystal under your pillow is a great idea for beginning to discover its many health benefits and healing powers.

How To Use Pink Amethyst

Therapists have now started to discover how to best use pink amethyst to promote a higher sense of being, of love, light, and well-being.

Since pink amethyst is known for its soft and feminine properties, it is known for its powers to provide protection against negative energies. It is typically used by placing it over the Heart Chakra during relaxation and has proven itself to be an enormous aid in alleviating emotional trauma.

Where Is Pink Amethyst From?

As mentioned previously, pink amethyst was first discovered in the region of Patagonia, Argentina. The biggest deposit occurs in the vicinity of the El Chiquada mine.

Because pink amethyst has only ever been found in Patagonia, it is considered a rare and valuable form of amethyst.

What Is The Difference Between Pink Amethyst And Amethyst?

While pink amethyst differs from traditional purple amethyst because of its colour.

Even though it closely resembles rose quartz, these are two very different stones because of their respective properties.

Different to purple amethyst, pink amethyst boasts a pale pink or dusty rose colouring. The colour is created by Hematite entering the stone during the crystallisation process. Furthermore, it has a supremely glassy texture.

Amethyst, on the other hand, is a rich and royal purple in colour. This sets it completely apart from pink amethyst. And while both form part of the quartz family, their differences in properties are vast.

What Is The Difference Between Pink Amethyst And Rose Quartz?

While they share their pink colouring, rose quartz is usually of a pale pink hue, while pink amethyst has more of a dusty and faded sort of colouring.

Since pink amethyst has only ever been found in one region across the world, it is also a lot rarer than rose quartz. The latter is much more common and also more readily available. In fact, rose quartz is mined the entire world over.

Even though these two stones share similarities in appearance, they are two completely different gemstones – each with its own distinct properties.

Not unlike pink amethyst, rose quartz carries a nurturing and gentle energy, albeit not quite as feminine as pink amethyst.

Before the discovery of pink amethyst, rose quartz was considered the ultimate stone for Heart Chakra healing. For this reason, it is an amender and restorer of energy resources – both in terms of loving and being loved by others. For this reason, it is often referred to as the “band-aid” for the heart. It is often used for healing old wounds of failed love, aiding in the forgiveness of lovers, and for getting rid of emotional baggage.

Pink amethyst, on the other hand, focuses more on emotional healing in the here and now. Because of its feminine nurturing properties, this special stone brings healing for present hurts and disappointment, which is something else that sets it apart from rose quartz and its typical properties and uses.