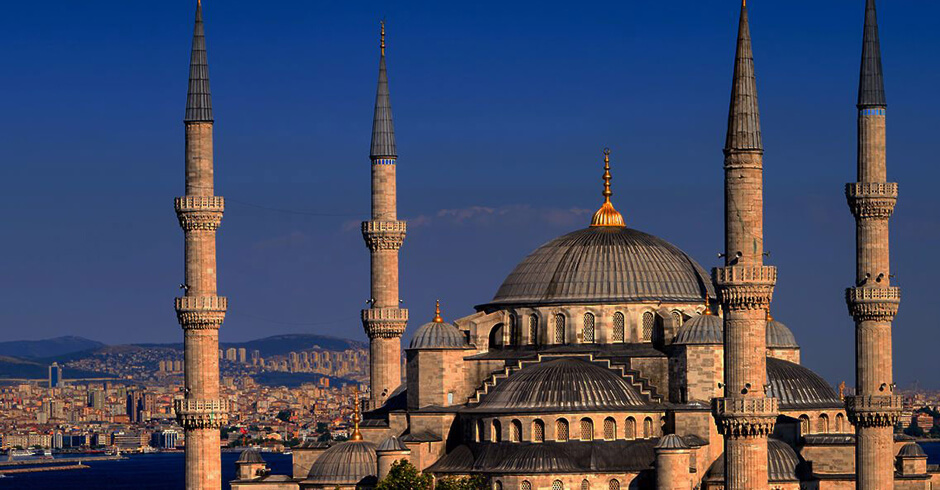 Once known as Constantinople, Istanbul is the only city in the world that straddles two continents. Half in Europe, half in Asia, this Turkish city offers juxtapositions of old and new. Here are tips to experience Istanbul’s mystical allure, from Turkish breakfast and rooftop cocktails, to mosques and traditional spas, in just a couple of days. 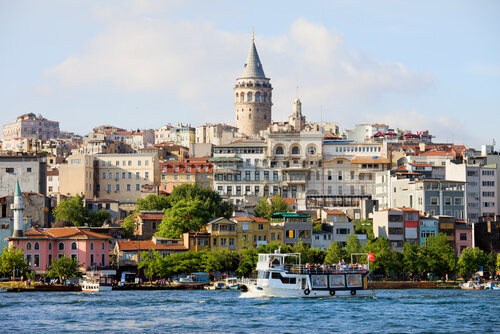 Istanbul’s biggest attractions – Topkapi Palace, Aya Sofya, and the Blue Mosque – can take up an entire day of sightseeing, so it’s important to have an early start, and the best way to fuel up is with a Turkish breakfast. There are plenty of breakfast cafes specializing in spreads of cheese, bread, tomato and cucumber salad, preserves, and more.

After breakfast, head towards Sultanahmet, jumping off the tram at the Gulhane stop. Wander through Gulhane Park, towards Topkapi Palace; the imperial headquarters of the Ottoman Empire, home to the sacred relics, the Armony Gallery and the Harem.

Sample traditional Turkish street food; döner kebab, a delicious fermented millet drink or sesame-speckled bread rings, as you leave the grounds and head off towards the Blue Mosque. Note that this is an active mosque and during prayer times, all tourists are shuffled out. You won’t encounter this problem at Aya Sofya, which Mustafa Kemal Ataturk, Turkey’s first President, decommissioned as a mosque and turned into a museum. This Byzantine masterpiece was once the world’s grandest church, where iconography from three of the world’s religions exist under one roof—or rather, an 18-story, 110-foot-diameter dome.

After a day of sightseeing, dine at trendy restaurant, Nicole, in the bustling neighbourhood of Beyoğlu. Indulge in one of two contemporary tasting menus rooted in Turkish tradition and local ingredients. Sit out on the terrace and watch the city lights flicker over the old town, Prince Islands and beyond.

Opt for a 90-minute ferry ride from the Eminonu ferry dock, at the foot of the Galata Bridge. You will view charming wooden Ottoman houses, luxury villas, upscale restaurants and fancy hotels that line both sides of the strait.

Discerning foodies can embark on a culinary tour, whilst the shopaholics can head towards the Grand Bazaar for some haggling and bargains. Treat yourselves to dinner at Alancha, voted in the Top 100 Restaurants in the world, followed by some dancing at world-class jazz club, Nardis. 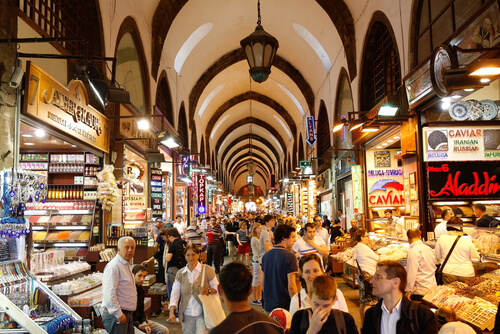 To relax after a weekend on your feet, indulge in a luxe spa treatment fit for a sultan. The Turkish bath, or hammam, dates back a thousand years and is a popular pastime that not only serves the purpose of cleansing and relaxing but is also a place for socialising and celebrating. To round off a magical weekend, end on a sweet note with a visit to Karakoy. It’s worth waiting in the queue to sample the world’s best baklava accompanied by some Turkish tea or coffee.