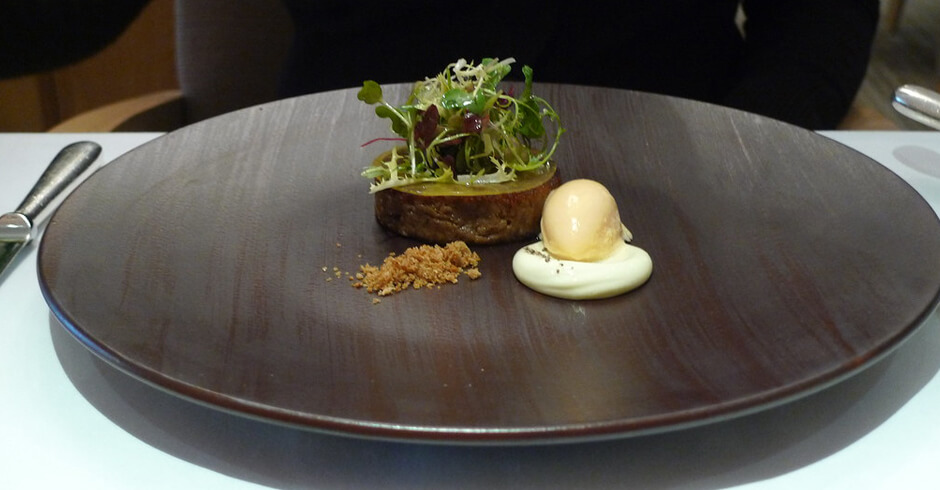 Chef Paul Bocuse goes by many names. Those who speak of the Michelin star chef fondly may know him as Mr Paul, and others who look up to him as a true master may refer to him as the “The pope of French cuisine”. Chef Paul Bocuse was undoubtedly a legend during his long life in the kitchen – he was a student of the greats of the past and a teacher to icons of the present.

Born in 1926, in the same building his restaurant is situated today, Paul Bocuse spent the first half of his life learning from the masters. He came from a long line of French chefs and was constantly exposed to the deep traditions and foundations of French cuisine. With this, he elevated the methods to fit modern times and pioneered the movement of “Nouvelle cuisine”.

In the late 1960s and early 70s, a new movement that has helped shape the concept across the Michelin star restaurants of today came about – with Paul Bocuse being one of the most notable names to pursue this style of cooking. It is known as “Nouvelle cuisine” and was implemented to ditch the rich, fatty and excessively intricate methods of traditional French cuisine.

Along with other chefs like Michel Guérard, Paul Bocuse shone during this period of a renaissance – in a good and bad way. Today, there’s no doubt that the Nouvelle cuisine is the most popular and highly regarded style of cooking that is prominent in the majority of Michelin star restaurants, but during its introduction, food was all about how well you could master the recipes of the past.

Chefs who had spent their training in the same institutes as Paul Bocuse were offended that he had decided to “disregard” the ever so important rules and foundations taught by their esteemed master and mentor, Chef Fernand Point. What they failed to realize was that chef Paul Bocuse saw how unnecessarily unhealthy, wasteful, and inconvenient the methods were becoming, as they were created in a time when the world was completely different.

Delicate meals magnifying the freshness and quality of local produce was the first rule of the Nouvelle cuisine. The excessive amounts of animal fat, butter and cream were greatly reduced and instead morphed into something elegant and light. Paul Bocuse realized there was little point in fine dining if the ingredients used were not of superiority, and this pioneered a wave of healthier, more refined and tastier food.

One of the greatest achievements Chef Paul Bocuse has bestowed upon the culinary world is the introduction of the Bocuse d’Or competition. This is one of the most esteemed culinary competitions in the world, where chefs from all over the globe fiercely compete for the title of the best chef in gastronomic cooking.

The Bocuse d’Or is all about growth, innovation and the sheer talent needed to be considered a great chef. Bocuse was not only a master, but a teacher, and often used this competition to expose raw talent and push the candidates to their limits to create dishes of brilliance. Famous chefs that have been called to judge include Heston Blumenthal from the Heston Blumenthal restaurant “The Fat Duck” and Wolgang Puck, the founding father of Californian fine dining.

Paul Bocuse was famously taught by the greatest of greats. This includes his family members, who have been chefs since the 1700s, Chef Ferdinand Point, also known as the “father of modern French cuisine”, and Eugénie Brazier, the first woman in history to earn Michelin stars. He excelled in his culinary life because of this and wanted to do the same for the new generation of chefs.

Founded in 1990, Paul Bocuse along with Gérard Pélisson aimed to make an institution to pioneer french gastronomic cooking and propel its students into the fast-paced life of the culinary and hospitality environment. The Paul Bocuse institute is one of the most well known and best hospitality establishments in the country and lives on as one of the many legacies of the great chef.

The most well known Paul Bocuse restaurant has to be l’Auberge du Pont de Collonges or what is now commonly known as the Paul Bocuse Restaurant. This establishment was not only the birthplace of the new wave of French cuisine we see today but also the chef himself. The Paul Bocuse Restaurant was the generational family home of the Bocuse family and holds an immense amount of history and respect for the French culinary world. It was also the place where chef Paul Bocuse died in 2018 after his battle with Parkinson’s.

In addition to its fascinating history, this is also where Chef Bocuse served his signature dish named the “V.G.E”. It was a rich and delectable soup topped with flaky buttery pastry made with foie gras and a generous shaving of truffle. The amount of truffle used in the original dish which was unveiled at the Élysée Palace in 1975 included 340 pounds worth of truffle in each dish.

Restaurant Paul Bocuse also broke the world record for obtaining 3 Michelin stars every year for the last 55 years. Controversially after the late chef’s passing, Michelin demoted the three-star success story to two stars for the simple reason of the food not being at a three-star status.

Culinary fans and followers said the demotion was cruel for Michelin to do it so soon after the legendary chef’s passing – but Michelin follows strict guidelines and does not give out accolades in nepotism, despite the great work of Chef Bocuse. The new chefs at Restaurant Paul Bocuse are accepting of the demotion and are confident they will return to three stars shortly.

A chain of brasseries in Lyon, the chef’s hometown, was established over Chef Bucose’s years of success. They intend to serve a more relaxed style of the chef’s famous cuisine and go by the names of Le Nord, l’Est, Le Sud and l’Ouest. Each restaurant explores different variations of french cuisine, a way to showcase the true mastery of the late chef.

In his long journey through domination and reinvention of French cuisine, chef Paul Bocuse achieved many accolades. Most notably, his restaurant holds the record for longest-running in receiving three Michelin stars. In 1975 President Valery Giscard d’Estaing awarded Bocuse the Legion of Honor at Elysee Palace in Paris, to signify his revolutionary success in the county’s most important industry.