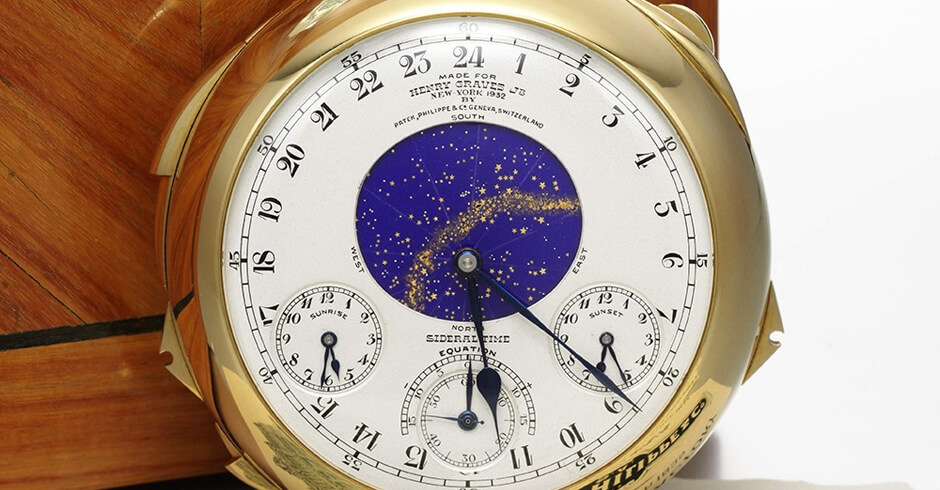 A Patek Philippe watch has fetched a record $24.4 million (approx. £15.5 million) at a Sotheby’s auction this week. It is the most expensive watch to have ever been sold at auction, even breaking its own record of $11 million in 1999.

The watch, called the Henry Graves Supercomplication, was originally made in 1933 for Henry Graves, a reputable banker, and required 8 years to produce. The watch was re-released this year to commemorate Patek Philippe’s 175th year in the business.

But what could possibly make a watch so expensive? Well, the Supercomplication is, as the name suggests, no ordinary timepiece. The watch carries with it several functions, 24 in fact, that contribute to making it the most collectable watch an auction has ever seen. 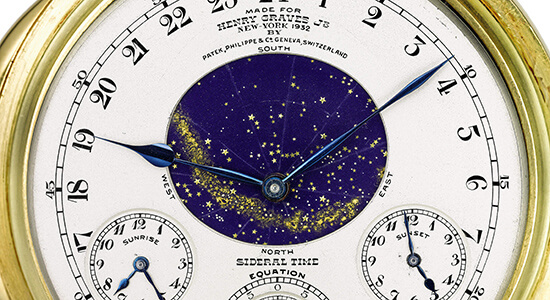 In the centre of the watch face is a celestial map which charts the location of the stars in accordance with the night sky above Graves’ former apartment on Fifth Avenue. Then there’s the perpetual calendar, based on a mechanism that makes automatic adjustments for the month and year. Add to that a sidereal day – a system astronomers use to track the Earth’s rate of rotation in relation to the stars.

The timepiece was a product of some friendly rivalry between Henry Graves and car manufacturer James Ward Packard. Packard submitted to Graves that he could create the most impressive timepiece, and Graves took him up on it. Packard’s attempt to trump his friend was hailed as a feat of engineering. It featured, among other aspects, a sky chart (the first watch to do so) with 500 golden stars.

Also see  The History and Science Behind Ayurvedic Treatments

Graves’ watch however had the virtue of possessing 24 functions, when Packard’s only mustered 10.

– An Exclusive Behind-The-Scenes Tour of Sotheby’s