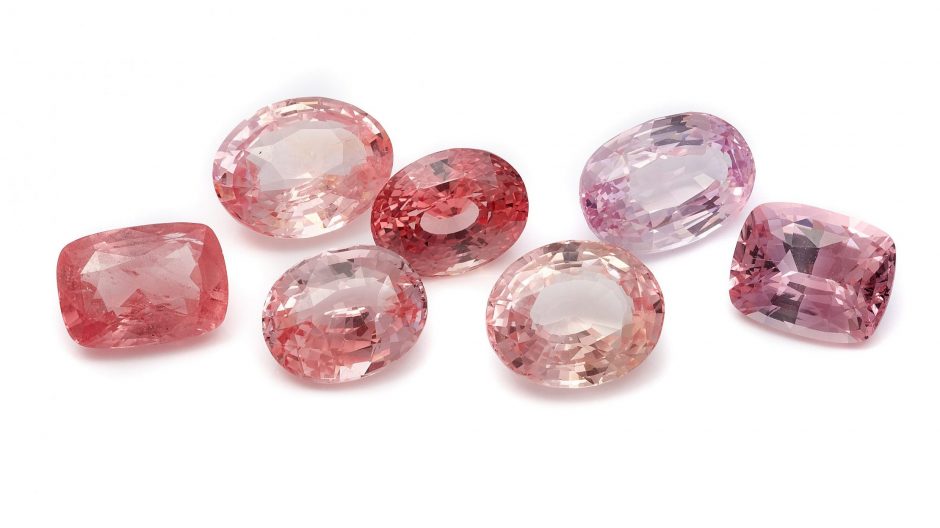 If you thought that sapphires were always blue, you’d be wrong! Padparadscha sapphires are a member of the sapphire family. However, these highly unique pink and orange stones are completely different from their blue counterparts.

While they may not be as well-known as other sapphires, they are strikingly beautiful. Almost none of the other pink stones capture a colour as vibrant. Padparadscha sapphires are highly sought after, especially now that they have a real royal connection.

What Does Padparadscha Mean?

The name ‘padparadscha’ is almost as unique as the gem itself.

It’s derived from the Sinhalese word padma radschen, which means lotus blossom. This specific kind of sapphire is a similar colour to the beautiful pinkish-orange aquatic flower.

The lotus flower is famed the world over as it grows in muddy waters and rises above the surface to bloom. As a result, the flower has become representative of incredible beauty despite the odds. It’s now a symbol of purity of the heart and mind.

This flower is also said to bring about longevity, good health, honour and good luck. The meaning of the stone is thus tied to its namesake, and padaparadscha sapphires possess all these sterling qualities.

What Makes A Sapphire A Padparadscha? 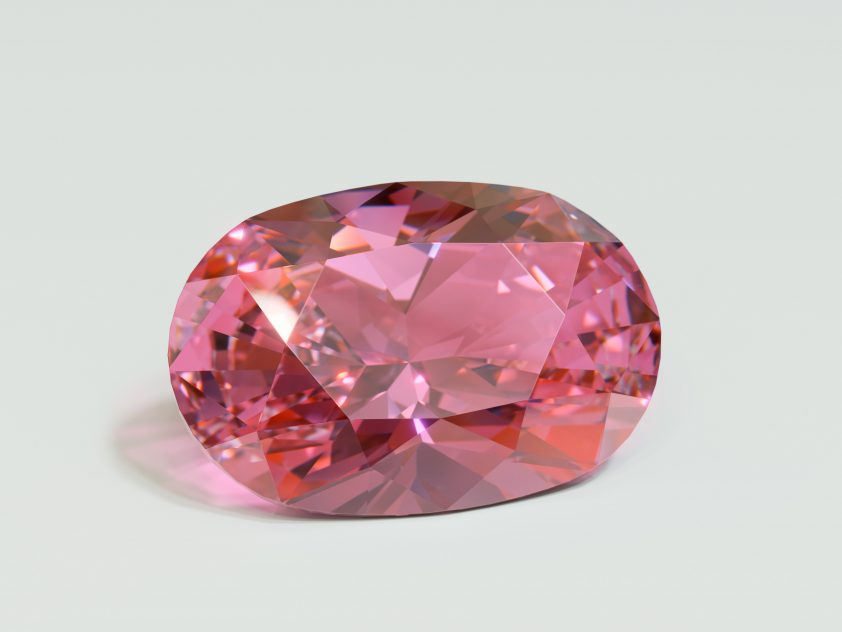 Sapphires are some of the world’s most favoured gemstones. The depth of their colours can be breath-taking, and they are very valuable. However, the most valuable sapphire is a padaparadscha, due particularly to its rarity and the intense beauty of its colour.

These stones are classified by their colour. A true padparadscha is a colour likened to salmon.

The stones often have a pinkish hue to them and can range on the colour spectrum from pale pink to a deeper orange. They also tend to be unevenly coloured and many have pink and yellow colour zones within the salmon hues.

Due to the fact that padparadscha sapphires are quite rare, they’re often cut asymmetrically. Clarity is extremely important for these kinds of sapphires as the stone’s colour is quite light, making any inclusions easily noticeable. However, gemologists agree that sacrificing clarity may be worthwhile to obtain a stone that’s brilliant in colour.

What Colour Is Padparadscha?

In general, sapphires are blue as a result of a chemical composition of aluminium and oxide. Trace elements of iron and titanium added to the composition turn the stones blue, and the more iron present while the stones are formed, the bluer the gem will be.

It can be quite difficult to pinpoint the exact colour known as padparadscha. The best description we’re come across of this stunning stone’s hue is a lotus flower bathed in the light of an orange sunset.

Where Are Padparadscha Sapphires Found?

Padparadscha sapphires were first discovered in Sri Lanka. For several centuries, this was the only known source of this highly coveted gemstone. They are also now found in Madagascar and Tanzania, but the largest deposits remain in Sri Lanka.

Sapphires of every colour are expensive, but because of their rarity, padparadscha sapphires are even more so.

Their prices are similar to those fetched by fine precious gemstones like rubies or emeralds. When it comes to value, padparadscha sapphires are just like every other gemstone as a number of factors determine their price.

The two most important factors considered are the size and quality of the stone.

While it’s very rare to find a padparadscha sapphire over two carats in size, the largest one ever discovered weighs in at an unbelievable 100.18 carats! It’s an oval cut and is currently on display at New York’s American Museum of Natural History.

When Princess Eugenie announced her pending marriage to Jack Brooksbank, she happily flashed her beautiful padparadscha sapphire engagement ring. While her sister Princess Beatrice broke the royal rules slightly with her engagement ring, Eugenie’s was much more traditional, with a lot more sparkle.

Princess Eugenie’s ring features a large pink oval cut (a hybrid between a round and marquise shape) padparadscha sapphire, surrounded by a halo of diamonds. There are two pear shaped diamonds on either side, and the rest are round cuts. The ring itself is rose gold, which is currently very trendy, and the halo and gem setting is in white gold.

When asked why he chose that specific ring, Jack Brooksbank charmingly said it was because “it changes colour when it hits certain lights, much like Eugenie”.

Royal enthusiasts pointed out that Princess Eugenie’s engagement ring is similar to Kate Middleton’s, which is also a unique piece. Kate was given Princess Diana’s blue sapphire surrounded by diamonds when Prince William proposed. While there are certainly similarities between the two, it’s more likely that Jack Brooksbank drew inspiration from Princess Beatrice’s mother’s ring.

Sarah Ferguson was given an oval ruby ring surrounded by a halo of 10 diamonds, rumoured to be designed by Prince Andrew himself. The royal family’s favourite jewellers, Garrard & Co crafted the ring, and it was one of the first engagement rings in the royal family that wasn’t an heirloom.

The use of a padparadscha sapphire in Princess Eugenie’s ring shouldn’t really come as a surprise. After all, these stones have long been associated with everlasting love!