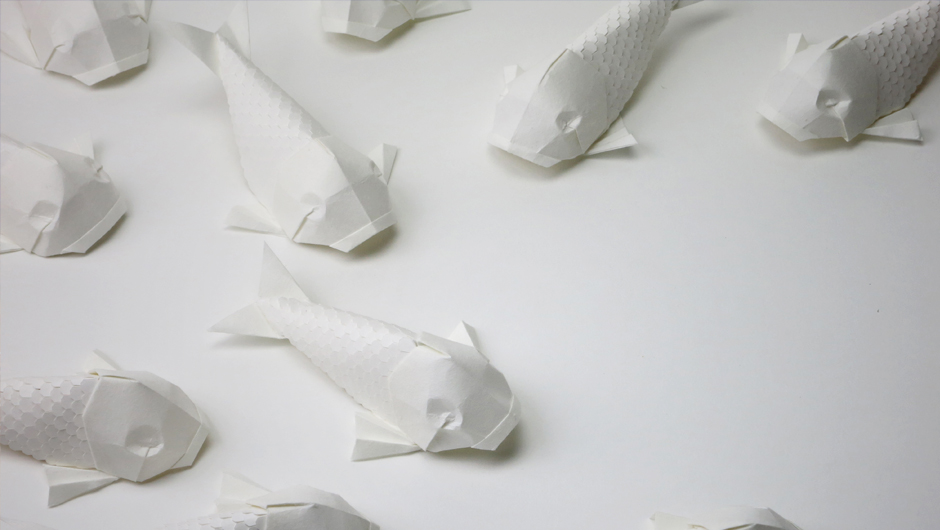 It’s time to ditch the adult colouring-in book. 2016 is the year of the fold! We caught up with two of London’s best origami artists, to get their take on the explosion in popularity of the arts and crafts movement, and how mindful origami can improve your life.

Origami, from the Japanese ‘ori’ meaning ‘fold’ and ‘kami’ meaning ‘paper’, originated in Japan in the 17th century. Today, the famous art form permeates our lives. From the architecture of famous buildings like ‘The Gherkin’ to the folding of umbrellas, the beautifully clean-cut style of mobile phones to satellites in space, the simplicity of origami design is everywhere.

Sam has been teaching origami professionally since 2003, creating beautiful commissions for the likes of Dior and running workshops for Google as well as organising the successful Guinness World Record attempt for largest display of origami elephants on behalf of Whipsnade Zoo. Sam’s approach to origami focuses on mindfulness – a mental state achieved by focusing one’s awareness on the present moment – and has recently released The Book of Mindful Origami: Fold paper, unfold your mind.

“There is something that I very much like about getting into ‘the zone’ and the flow of it…it’s like a piece of music,” enthuses Michael Trew (professional origami artist of 15 years and founder of Papershake Origami). Michael’s incredible talent has seen him create work for companies such as Pandora, Liz Earle Beauty, Playstation, and Harrods Magazine.

101 Random Acts of Kindness - Simple Ideas to Make A Difference

Relaxing into conversation at his creative workshop in Hackney Wick, overlooking the River Lea to the Olympic Park, Michael says “There’s something very grounding and focusing about origami. I like doing one thing very well and putting my energy into it, which doesn’t happen in our society today. Nobody concentrates on one thing.”

“Multitasking,” Michael says, “Is changing us as a society. But origami is a release from this. It’s mind consuming. You focus all your attention on this one thing and then when you come out of that zone you get a ‘wow, I’ve made that’ moment. It’s a lovely and strange sensation. It’s magic.”

“The problem with multitasking,” agrees Sam, “Is that you don’t appreciate the work you’ve done. The whole mindful approach is trying to renew a sense of satisfaction in completing a task.”

As a society we’ve been taught to multitask due in the most part to the rapid growth in the development of technologies. Origami itself has been hugely influenced by the accessibility of computer software technology and the developments in 3D printing – up until the 1970’s there were only 100 traditional origami designs but thanks to computers that number has exploded into the thousands.

Our digital lives, though, affect our ability to focus. The problem is that we’re not getting the same ‘hands-on’ gratification from our work but origami provides the perfect creative outlet.

“First thing in the morning, we grab our phones; in the office, we’re on the computer – we’re not actually creating anything physical, we’re creating something digital,” Sam impassions, “You don’t get to see the physical manifestation of your work. [Origami] allows your mind to rest.”

The Psychology of Fashion - How looking good can make you happier

“Creativity has come to a point now where people are looking to different and more unique fields to actually help influence their ability to create new stuff. Now it’s origami’s turn.”