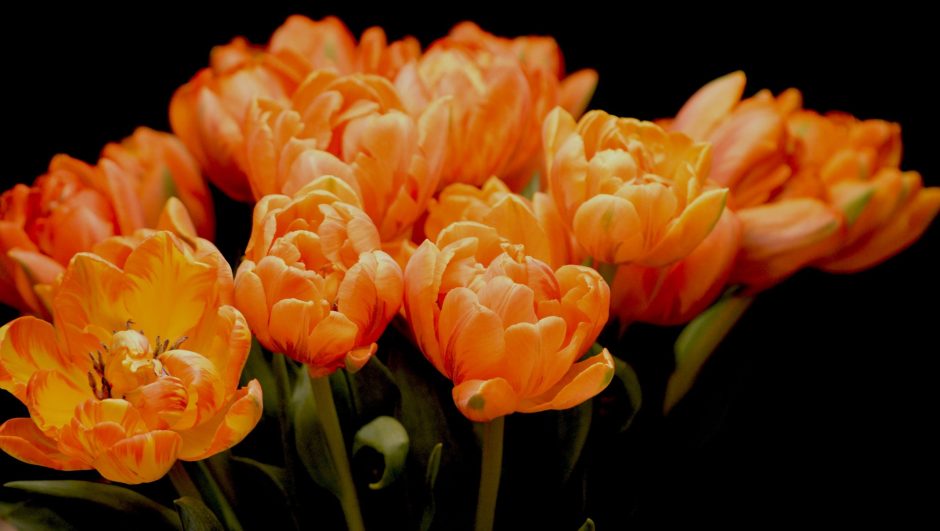 One of the boldest colours in nature, orange’s blend of red and yellow exudes plenty of energy and brightens up any space. Orange flowers are a wonderful addition to any garden or bouquets, and their rich meanings make them all the more appealing.

What Do Orange Flowers Mean?

In the language of flowers, orange makes for a fantastic colour due to all of the positive meanings attached. The colour orange is often associated with:

Orange is also believed to help people heal from broken hearts, disappointments, and blows to one’s pride. This bold hue is associated with stimulation, flamboyancy and vibrancy.

Let’s take a look at a few of the most popular orange flowers you can choose from. 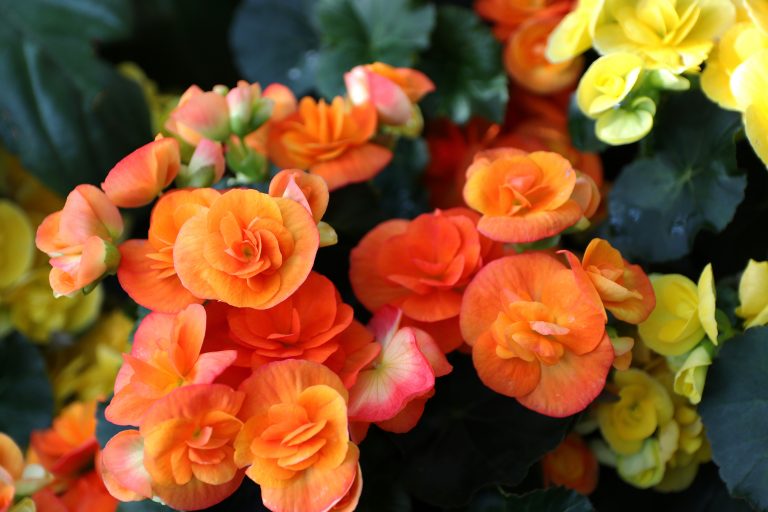 Orange begonias are typically used as houseplants but work very well in shaded summer beds too. These flowers have both tropical and subtropical origin. They are often grown because of their asymmetrical, patterned foliage and can add necessary pops of colour to any garden.

Also known as strelitzias, the bird of paradise is native to South Africa. The plant was so named because its flowers resemble birds-of-paradise. In its native land, the flower is commonly known as the crane flower. This blossom also serves as the floral emblem for the City of Los Angeles.

These Australian wildflowers are popular as garden plants. They’re easily recognisable due to their characteristic flower spikes and fruiting coneheads. Banksia plants can range quite vastly in size, from woody shrubs all the way up to trees of 30 metres in height.

Also see  40 Types of Red Flowers with Names and Pictures

Marigold flowers are best known for their beauty and vibrancy. These blossoms bloom all summer long and are symbolic of wealth and abundance. They have daisy-like flower heads that often grow either alone or in clusters.

Also known as the Lily of the Incas, the Peruvian lily is a striking flower in the lily family. Because of this, these flowers do particularly well in a bouquet. They are thought to resemble azaleas and really stand out from other blossoms.

Often, ranunculus seem too perfect to be real. These flowers look almost rose-like with tissue-thin petals available in a wide range of colours including orange. They aren’t typically seen in home gardens but can be found at high-end flower shops and in wedding banquets. 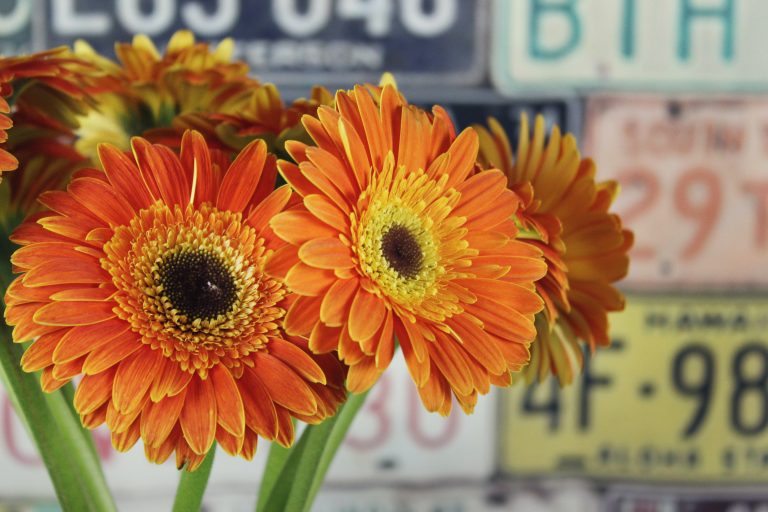 Gerbera daisies are most commonly grown for their cheerful, bright daisy-like flowers. Native to South Africa, these plants can be sized anywhere between two and 13 centimetres across. They are available in a number of different colours, of which orange is one of the most popular.

Despite what their name suggests, daylilies are not actually lilies. These striking flowers are commonly grown for their beauty. There are currently thousands of daylily cultivars registered internationally.

This perennial herb grows in small, orange clusters. It boasts soft, dark green leaves. The plant’s flowers are star-shaped with bearded stamens and bloom in quantities of about 10 at a time. 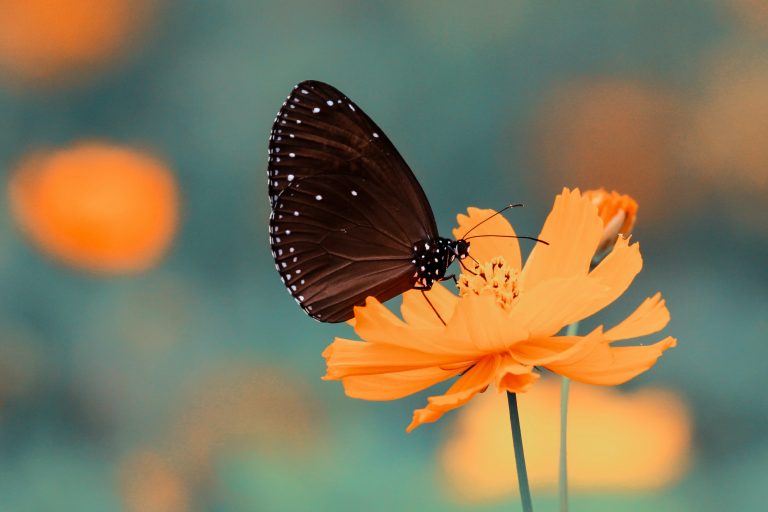 These little flowers are easy to grow and usually reach their full maturity within two months. They sit atop long, slender stems and attract plenty of bees and butterflies with their bright colours that continue to blossom all through summer.

The orange lily can grow to heights of anywhere between 20 and 90 centimetres. The plant’s stem is erect and can grow up to 10 centimetres in length. Each plant can grow up to five short-haired, scentless flowers boasting bright red anthers.

Despite its name, flowering maples are not related to the maple tree family. Instead, the houseplant has leaves similar to that of the maple tree but belongs to the mallow family along with cotton, okra and hollyhocks. 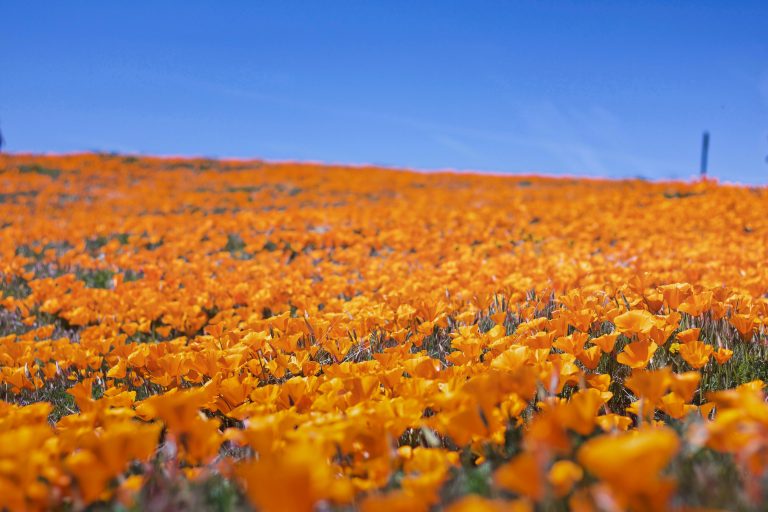 This flower is also known as the golden poppy, California sunlight or even “cup of gold”. This species of flowering plant is native to Mexico and the United States. It’s cultivated as an ornamental plant and flowers beautifully in the warmer summer months. The California poppy became the official state flower of California in 1903.

Butterfly weed plants are a must-have for those looking to attract the beautiful winged insects into their garden. They can grow anywhere from one to two feet in height and are characterised by glossy green leaves. The bright orange flowers grow in striking clusters all over the plant. 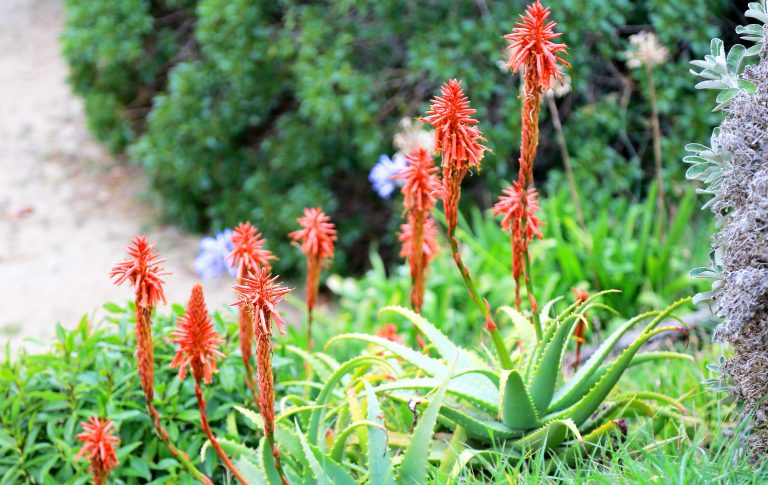 The red-hot poker plant makes a grand statement in any garden. These orange marvels tend to attract wildlife and are also known as torch lilies. They are said to be very easy to grow.

Orange zinnias are one of the easiest annuals to grow as they bring an explosion of colour to almost any environment. They are low maintenance and attract plenty of butterflies and hummingbirds to their host gardens. 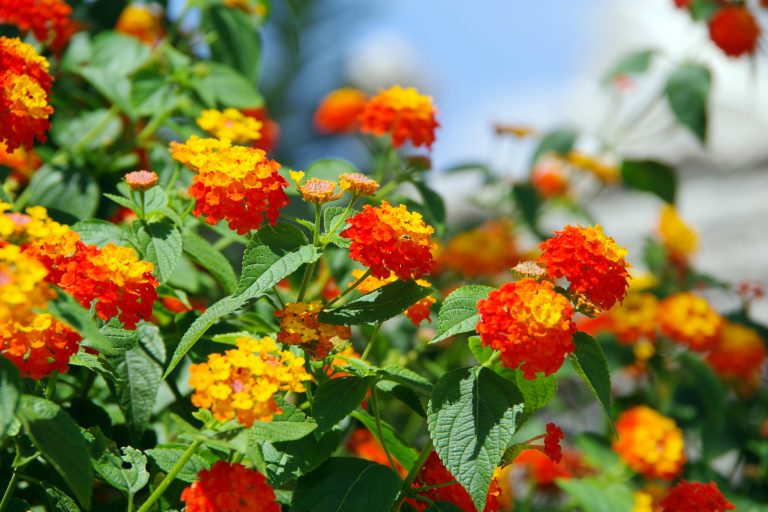 Lantana plants are easy to grow and care for. They have long been admired and sought after because of their extended bloom times. These flowers grow best in gardens or containers, with some varieties performing well in hanging baskets. The brightness of their flowers also attracts butterflies and hummingbirds.

Also referred to as ‘sneezeweed’, these orange blossoms will not actually cause you to sneeze. This term was derived from a long-lost use of the ground plant as an ingredient in snuff! It was believed that once inhaled, the sneeze that followed would drive evil spirits away from the body.

These orchids are far more tolerant of colder climates than any other members of its family. This plant sprays large orange blooms even in the dead of winter that can last anywhere between one and three months. 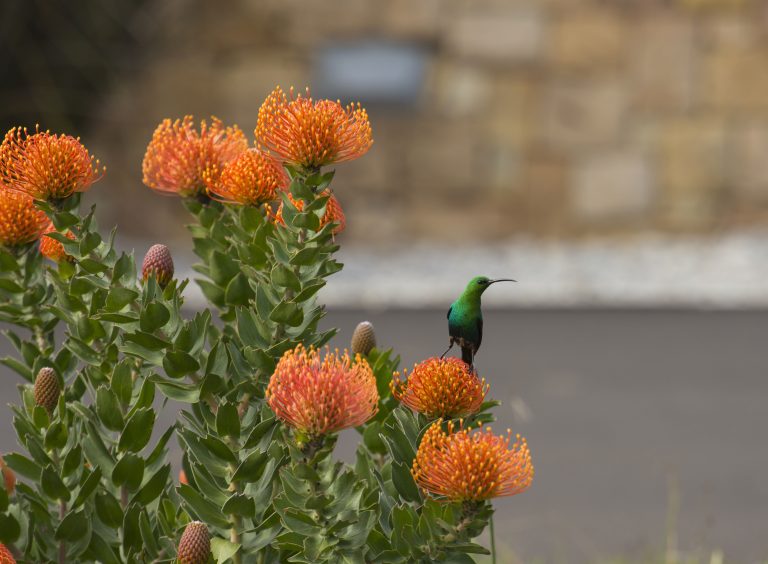 These orange delights are perfect for gardens with warmer climates. They make for low maintenance plants and grow from evergreen tropical shrubs.

Dahlias make for an excellent addition to any garden as their plant’s beautiful orange flowers bloom from the middle of summer right through to autumn.

The snapdragon flower produces multiples of bright orange flowers atop its green foliage. These plants are desired for their ever-blooming blossoms and ability to withstand quite a bit of heat.

Fiery and fun, orange flowers add a cheerful splash of colour to any occasion. Pick the blooms you love best from our list!