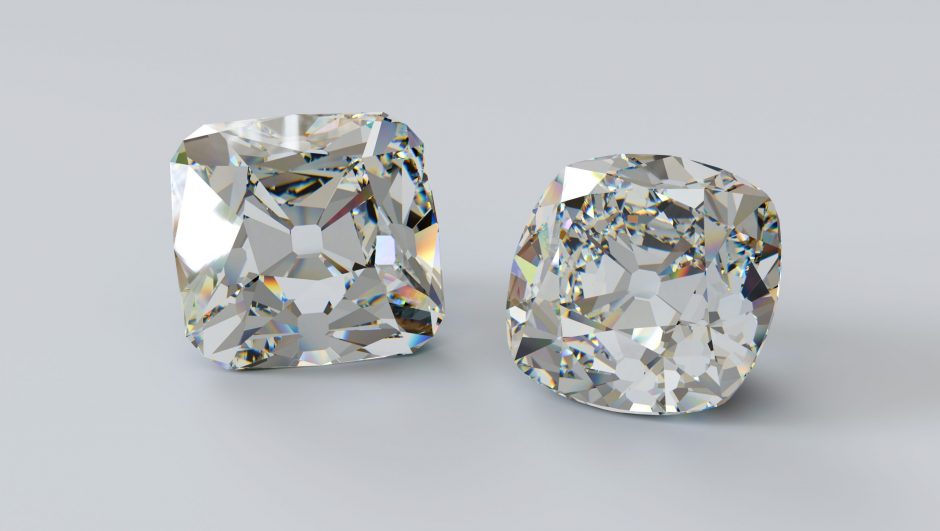 You might have had your eye on your grandma’s jewellery collection as a kid – the big, sparkly stones and gold and silver shiny things certainly made for excellent dress-up accessories, didn’t they?

Well, imagine that those stones weren’t just some nicely polished pieces of cubic zirconia, but were actually old cut mine diamonds. It will be just like finding a fancy vintage designer handbag in the thrift store down the street!

Not sure what these diamonds that we speak of are? Let’s take a closer look at them.

What Is An Old Mine Cut Diamond? 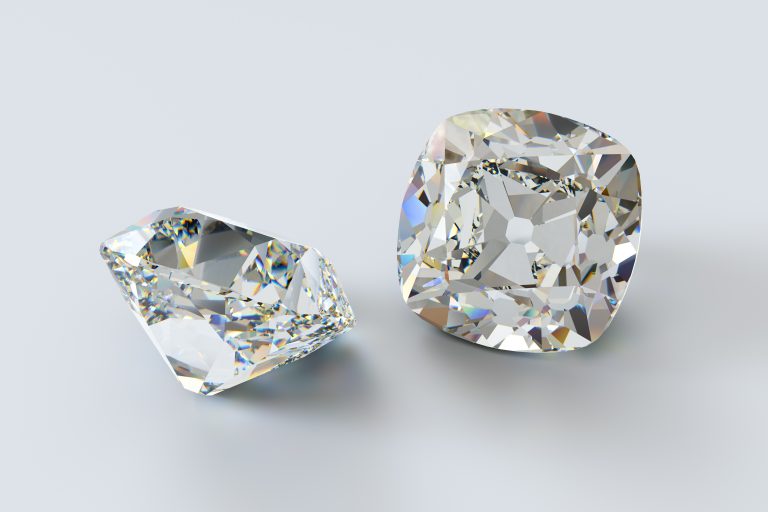 Old mine cut diamonds are exactly as their name suggests: diamonds sourced from and cut in old mines. Also known as the “grandfather to old cuts”, these diamonds tend to be far less refined than the ones we know today. This is because old mine cut diamonds were carved by hand. Imagine that!

The imperfections of these diamonds generally manifest as uneven facet junctures and asymmetry. They’re also much chunkier because they’ve been cut by hand from rough diamonds.

Old mine diamonds also tend to be warmer in colour than the modern-day diamonds are. However, for all of their flaws, these stones yield a sparkle that no contemporary cut could ever match. They were designed to sparkle by candlelight, making them truly breathtaking and ambient.

Also see  What are Asscher Cut Diamonds? Everything You Need to Know

What Is The Origin And History Of Old Mine Cut Diamonds?

Old mine cut diamonds have quite a history attached to them. They are believed to date back to the early 18th Century when diamonds were all cut and measured by hand. This means that the cutter’s perception and level of skill played an enormous role in the outcome of the stone’s proportions and appearance.

Modern diamond cuts tend to be named after their shape, but the old mine cut carries a mysterious element to it that has had jewellery lovers captivated for years. However, experts agree that this cut is so named because of its origins.

Up until quite late in the 19th Century, a vast majority of the world’s diamonds were found in mines located in Brazil and India. The latter was the first large-scale source of diamonds that the world had ever seen. Diamonds have been mined in India for hundreds of years, so much so that the country is well-known for its mining towns like Golconda.

1724 saw diamonds discovered close to Brazil’s city of Belo Horizonte. It was at this point that the country cemented its status as a major player in the diamond supply game.

Throughout the 18th Century, India and Brazil remained the world’s two main sources of diamonds that were used in jewellery. However, during the 1860s, more diamonds were discovered in South Africa, which resulted in a boom in Africa’s diamond mining industry.

The term “old mine” refers to the diamonds that were sourced in India or Brazil, so quite literally the “old mines”.

What Are The Pros And Cons Of Old Mine Cut Diamonds?

The pros and cons of old mine cut diamonds all boil down to what you actually want from your diamond. In terms of cons, it’s pretty simple: this cut of diamond doesn’t sparkle in the same way that modern diamond cuts do. So, if that’s what you’re after, this probably isn’t the best cut for you.

In addition to that, the chances of finding any matching diamond jewellery are slim to none, given the fact that these days, old mine diamonds are incredibly rare.

In terms of pros, these diamonds are absolutely beautiful in their own unique way, and if you have one, it’s a one of a kind treasure that can be passed down through generations. Moreso, diamonds are no longer cut in this fashion, so they are incredibly rare. Holding on to one might one day net you a hefty profit, as there are diamond collectors who would be all too happy to take it off your hands.

How To Measure And Select An Old Cut Diamond

Old cut diamonds are measured against the same 4 Cs that we use to measure modern diamonds: cut, colour, carat and clarity. While old cut diamonds do tend to have poorer cut grades than modern ones, they can still hold a lot of value.

Selecting your old cut diamond should be based on your personal preferences of whether you like it or not.

What Are The Best Ring Settings For Old Cut Mine Diamonds?

Some of the best diamond settings for old cut mine diamonds are the ones that let the stone truly shine. These include:

Solitaire: This cut allows light to enter the diamond from many angles, thus enhancing its sparkle

Three-stone: A three-stone setting tends to enhance the opulence of yesteryear, giving each stone a chance to shine

Halo: The halo cut uses surrounding stones to enhance your diamond, putting it front and centre.

How Much Are Old Mine Cut Diamonds?

The value of old mine cut diamonds depends on several factors, not just the 4 Cs grading scale. The only true way to know their real value is to get them appraised.

What Does An Old Mine Cut Diamond Say About You?

When you wear an old mine cut diamond, you let everyone know that you carry an understated, glamorous allure to you, and that you have a taste for the finer things that life has to offer!

How Popular Are Old Mine Cuts In The US and Other Parts Of The World?

Old mine cuts aren’t really popular in the same way that more modern cuts of diamonds are. However, in jewellery collectors’ circles, they are highly prized.

While both old mine cut diamonds and European cut diamonds are difficult to source and incredibly rare, the latter has more defined edges as they resulted from more advanced diamond technologies in the late 1800s.

Old Mine Cut Diamonds Versus Other Cuts

Old mine cut diamonds carry an old-world charm to them. There’s a sense of mystery surrounding them, which perhaps has to do with the intriguing colours and facets of the stones.

These are truly unique compared to other diamonds and they’re very rare too, making them a one-in-a-million kind of stone.