In the spirit of the 181­st Oktoberfest, which is heading into its final weekend in Munich, we thought you would enjoy learning some interesting facts about Germans and their fondness for beer.

10 things you didn’t know about Germans and their beer:

1. Germans are not the largest beer consumers in the world. The Czech are the clear leaders, while the Austrians consume slightly more litres per capita than Germans.

2. There are over 1,200 breweries in Germany, almost 4 times as many as in all other countries of the European Union combined. These breweries produce a total of about 5,000 different brands of beer.

3. Originating from the late 15th century, the Reinheitsgebot (literally translated as the “purity order”) is a regulation concerning the production of German beer and states the only ingredients that can be used are water, barley and hops.

4. Until the 16th century all German beer produced was ale, but these days, blond lagers dominate over two-thirds of the German beer market.

5. Among the 16 German states, Bavaria is the largest and considered the leader in beer-making, as it is home to about half of all German breweries.

6. Beer is considered a food in Bavaria. There are over 40 different types and 4,000 brands of Bavarian beer.

7. Oktoberfest is one of the biggest folk fairs in the world and attracts between 5-7 million visitors to Munich each year. The festival takes place over the course of 16 days, starting in late September and finishing on the first Sunday of October.

8. The chief attraction of Oktoberfest is beer, drunk in vast quantities, brewed by six traditional Munich breweries. On average, 6-7 million litres of beer is consumed during the festival each year. The beer served is a lager or Märzen with an alcohol level of 5.8-6.3%, slightly stronger than normal German beer, and up to 500 kcal per litre.

9. Oktoberfest began as a celebration of the marriage of Crown Prince Ludwig (who became King Ludwig I later) and Therese von Saxe-Hildburghausen in October 1810 on Theresienwiese, a large meadow in Munich where the royal reception was held. The celebration featured a horse race, music, dancing, singing, and, of course, lots of beer drinking. The festival still takes place on the same grounds today.

10. Contrary to common perception, Munich, the Bavarian capital, is not Germany’s largest beer city – it is Dortmund. Located in the Bundesland of North Rhine-Westphalia, the industrial city was one of the earliest commercial brewing centres and exported its beers to neighbouring Westphalian cities.

While it may be a little last minute to plan a trip to Oktoberfest this year, we have selected some local beer experiences you may enjoy… 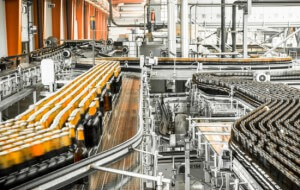 Or if you’re eager to learn more about Germany, consider taking a culinary break through the Black Forest or a leisurely drive through quaint Bavarian villages and Neuschwanstein Castle along the Romantische Strasse… 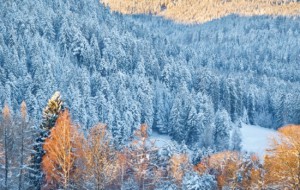 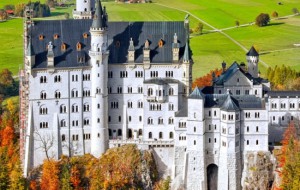 Alternatively, our dedicated Concierge team are happy to assist in creating a bespoke German beer experience that is truly unique and memorable.