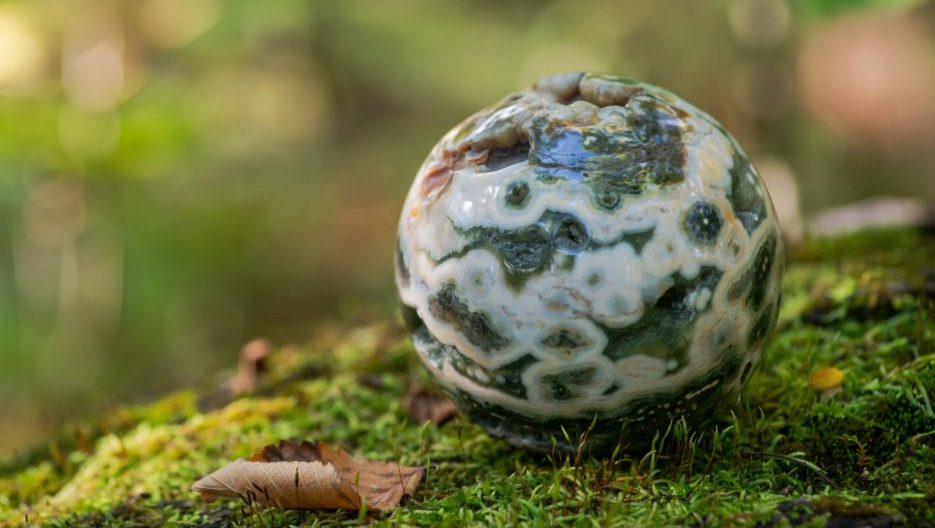 Ocean jasper goes by many names – cellular jasper, ocean orbicular jasper, and Atlantis stone, among others. Even more plentiful than its many titles are the multitude of benefits and healing properties associated with the ocean jasper stone.

This is unsurprising, considering its unique origins. Although mention of ocean jasper has been found in documents from as early as the 1920s, it was lost to the world for over 75 years. That is, until 1997, when the intrepid Paul Obenich finally rediscovered it off the coast of Madagascar. Since then, it has become a highly sought-after stone.

What Is Ocean Jasper? 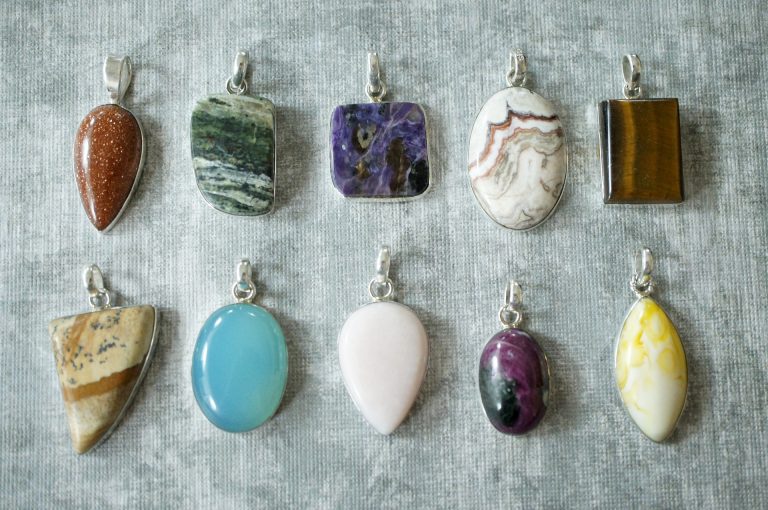 As one of the many types of jasper, ocean jasper is a member of the quartz family. Its high mineral silica content accounts for the specks of shimmering druzy quartz often found in ocean jasper. Although this crystal is more commonly found in white, green and brown, ocean jasper stones are sometimes also found in black, blue, red, pink, orange, yellow and gray.

Another signature of ocean jasper stone is the intricate patterning seen in the crystal. This includes orb-like shapes alongside other patterns and strips of colour – hence the name, orbicular ocean jasper.

What Is The Meaning Of Ocean Jasper?

Etymologically, the name jasper is derived from a combination of the French and Latin words for speckled or spotted stone. The “ocean” part of its name is, of course, inspired by its origins. It is said to channel the power of the ocean and the lunar cycle of the tides. As such, it is commonly associated with emotional stability and the inspired resilience needed to weather change.

Crystal healing lore often links ocean jasper with the lost continent of Atlantis, which is why it is sometimes referred to as Atlantis stone.

In keeping with its symbolism, ocean jasper is said to provide calm, uplifting energy to the holder in trying times, feeding into a more optimistic outlook on life.

The stone aids clearer communication, and enhances self-confidence as well as self-insight.

Ocean jasper is also popular among crystal healers for its ability to address physical ailments, especially in women. These include, among others:

The crystal’s resonance with the throat chakra underlies its power to facilitate more loving, compassionate communication.

Within the heart chakra, ocean jasper stimulates common understanding and feelings of joy. It eliminates any negative feelings weighing on the heart, directing them upward to the throat chakra to be expelled verbally.

The use of the ocean jasper stone near the solar plexus chakra strengthens the self-confidence of the holder.

How To Use Ocean Jasper?

There are numerous ways in which to channel the healing powers of ocean jasper. Which one you choose depends on your intention for the crystal and, by extension, which of the chakras you wish to target.

The mere presence of ocean jasper can foster healing and conflict resolution. This makes it ideal to have some ocean jasper in the room during intense conversations among intimates, business negotiations, and even psychological therapy sessions.

To experience the benefits of ocean jasper at all times, you may wear it as jewellery or keep it in your pocket. Consider wearing your ocean jasper during social engagements, to aid positive interactions, and when travelling, for protection and to combat nausea.

You can also incorporate ocean jasper into your meditation practice, particularly when you seek to break negative thought patterns or want to release pent-up emotion. Place the crystal close to the relevant chakra while you meditate on nurturing, positive affirmations.

How To Cleanse And Care For Ocean Jasper?

To cleanse your ocean jasper and renew its energy, soak it in a glass bowl of sea salt water overnight and then rinse off the salt with cool, running water. Alternatively, leave your ocean jasper buried in dry salt for a week before rinsing it carefully.

Laying your cleansed stones in the sun- or moonlight will further energise them.

Is Ocean Jasper Toxic To Wear?

Ocean jasper is perfectly safe to wear daily. Although it does contain traces of arsenic, the quantity is so negligible that you’d have to actually eat a few tonnes of the stone for it to affect you.

How Can I Tell If My Ocean Jasper Is Real?

All jasper is a 7 on the Mohs scale of mineral hardness. So, if you can scratch a stone with a knife or a piece of glass, it is not real jasper. Ocean jasper, specifically, can be identified by its patterned eyes, orbs and stripes and by the angles at which light reflects off of it. 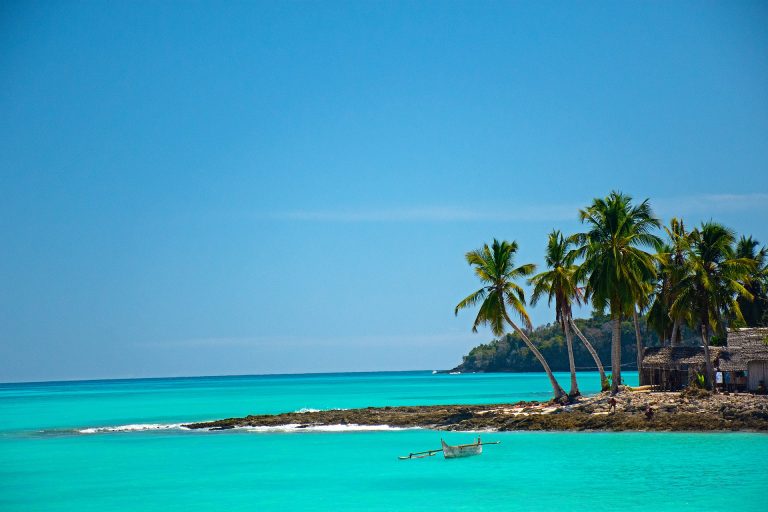 The sole source of ocean jasper off the cliffs of the north-eastern Madagascan coast can only be reached by boat and only during low tide. So it was already hard to come by in 2006 when all mining operations in the area were called to a halt, as the area was deemed depleted.

As a result, all the ocean jasper in circulation worldwide today is likely all there will ever be unless mining in Madagascar reopens or another source is found. It is, thus, quite rare.

In comparison with other varieties of jasper, ocean jasper is fairly expensive. This is largely due to its aforementioned rareness. The cost of ocean jasper also varies depending on its appearance, with more richly coloured and intricately patterned stones fetching higher prices.

The benefits of ocean jasper can be amplified and expanded if the crystal is used in combination with certain other healing stones. Try using ocean jasper together with one or more of the following:

A stunning stone with amazing properties, ocean jasper is a wonderful addition to any crystal collection.