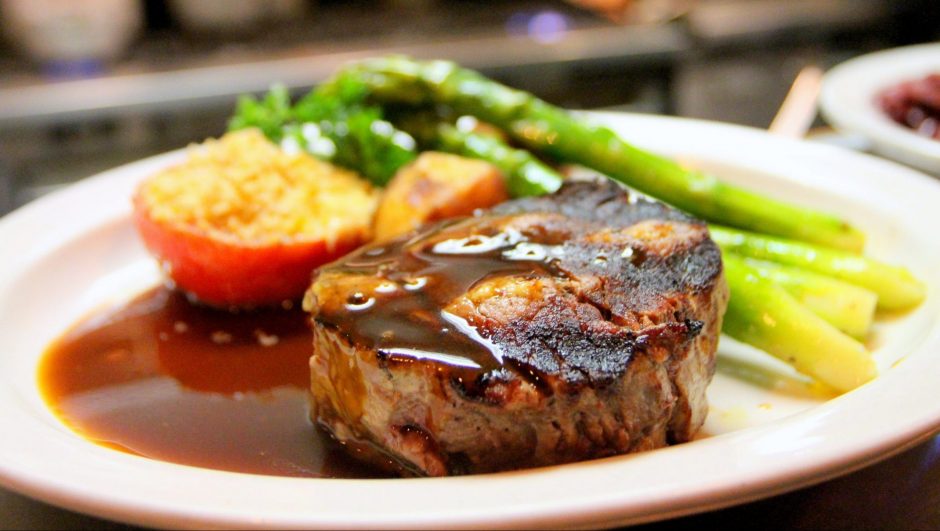 Receiving a Michelin Star is the highest accolade a chef and their restaurant can possibly receive. Many people measure the success of a chef and their establishment by how many stars they have, and if they are able to hold onto them. The difficult part about receiving an honourable award is that you have to earn it back every year – which puts a significant amount of pressure on even the best chefs in the world. The stress can often be the reason why these New York City restaurants lose their Michelin Stars.

Often, a Michelin star restaurant might lose a star because of issues surrounding a prominent chef, which can become controversial. The Michelin guide does not award restaurants their stars if the quality has changed, even if the consistency changed due to difficult circumstances– like losing a head chef in passing. The criteria for getting a Michelin Star are tough, and consistency is always key.

Take a look at the NYC restaurants who lost their Michelin star in the last few years:

The powerhouse Italian spot in New York’s most coveted areas said goodbye to one of their Michelin Stars in 2020 and has yet to receive it again. The famous restaurant has become a hot spot for tourists, thanks to the many celebrities who frequent the spot and recommend the signature octopus and bone marrow dish. There can be many reasons why Marea lost a star, one of them being the impact of covid on the restaurant industry.

This may have led to tensions in the kitchen, conflicts with suppliers, and a lack of knowledge from the staff. It is unfortunate that Michelin does not consider “excuses” – this is the reason why many restaurants hand back their stars after receiving them. Unforeseen circumstances can put great strain on restaurants, and if the quality isn’t up to the usual standard, Michelin will demote.

Marea is still an excellent restaurant and holds one Michelin star. They have slowly begun to get back on their feet again, and are transforming and growing after a difficult few years. To just hold one Michelin Star is a huge achievement, as you can see how seriously Michelin critiques the restaurants.

Similar circumstances were present for Sushi Ginza Onodera. Their two stars became one in 2020, simply due to the fact that the quality was not as consistent enough for the two star-level Michelin wanted to see. The Omakase style dining experience is the centrepiece of the restaurant, and Michelin states that some of the chefs are more engaging than others.

Consistency is huge for Michelin, because once the Michelin stars are awarded – prices and demand of the restaurants can skyrocket, and restaurants need to be able to keep up and treat every single customer with the exact same Michelin Star experience the critic received.

Café Boulud on the Upper East Side

Although the French Cafe Boulud sadly closed after a 20 year run at the prestigious Surrey hotel on the Upper East Side, owner and chef Daniel Boulud still has a franchise of successful Boulud restaurants all over the city and country. Cafe Boulud received a three Michelin star rating in 2010, and sadly lost all of them in 2015 for “lack of consistency”.

Five years later, the restaurant will close its doors for the last time due to the pandemic. This may sound tragic, but Daniel Boulud has become more of a businessman when it comes to running his restaurants. They are all of superb quality, and are highly acclaimed and loved by many other critics. Boulud is now focusing on launching more restaurants across the country, such as their French bistro and wine bar in Boston.

Famed Chef Mario Batali lost one of his Michelin stars for the much loved “Babbo” Italian restaurant in New York City. Speculation surrounding the celebrity’s demeanour caused a stir for his many critically acclaimed restaurants, and the sudden shuffle of ownership and staff – amidst a pandemic – may be the reason for this downfall.

The Michelin guide picked up on the lack of focus at the establishment and decided to demote based on this – not on the speculations surrounding Batali. Oftentimes, when a celebrity chef lets go of the reigns of his or her restaurant, this can lead to a transitional period that may cost the restaurant a star, due to inconsistency.

Amidst the controversy, Babbo may have lost the pizazz it once had. With new ownership, it may transform into something spectacular, but only time will tell once the dust settles. Babbo is a classic Italian style restaurant using local fresh produce, with prices not too extravagant for a restaurant that once held a star.

Junoon in the Flatiron District

Junoon became one of the best Indian restaurants in New York City since its opening. Described by Eater magazine as “Trailblazing Indian fine dining” there’s no denying that they’ve become iconic to the city. However, after the effects of the pandemic, their doors closed for a while. They’ve come back stronger than ever, and ready to take on a new generation of Indian cooking – and to revolutionize the scene.

The 10 Best Outdoor Michelin Restaurants in NYC for Alfresco Dining

They may have lost a Michelin star because of the completely new concept and menu, and it may just simply be due to the fact that they’ve not yet ticked every box on the extremely meticulous list of criteria from the Michelin group. Junoon still has an extremely positive review on the Michelin website, and it’s due for its stars any day and is still very worth the visit.

It takes a lot to earn a Michelin star, and it takes a lot more to keep it throughout the years. The way that these incredible restaurants lost their stars was mostly out of reasons beyond their control, or because of a revamp. The stress of it all can be overwhelming, and some restaurants even face financial losses if they lose a star, which is why many restaurants pass up the honour. Just because they’ve lost a star, it often doesn’t mean they aren’t still amazing and worth visiting. These NYC restaurants who lost their Michelin star are still great places to eat – star or not!