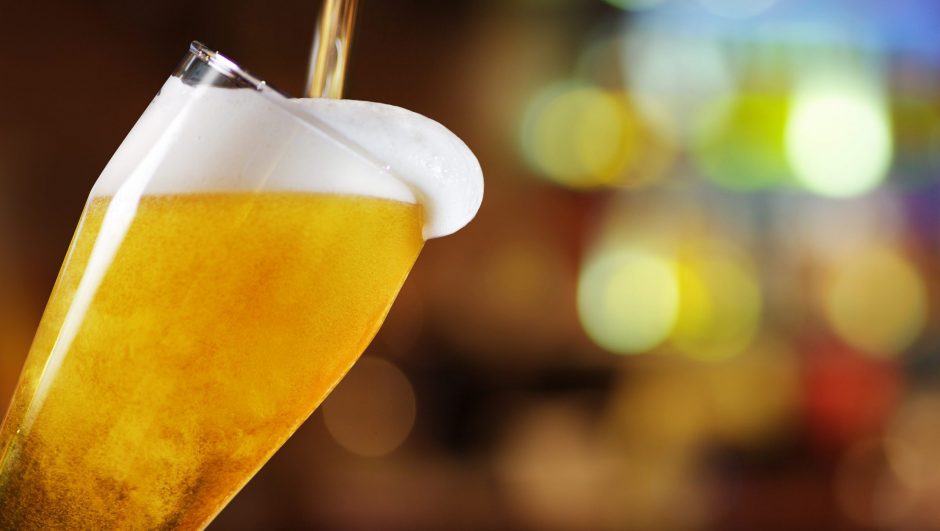 The Big Apple, referred to by beer lovers as “Brew York”, is the site of North America’s first commercial beer brewery, established way back in 1632!

Today, with close to 50 breweries scattered within its limits, the City of New York remains a major tasting destination for beer buffs. To get you started on your tour of NYC breweries, we have picked the three best breweries (plus a few special mentions) from across the five boroughs to visit this year:

The longest-running NYC brewing house is The Brooklyn Brewery in Williamsburg, Brooklyn. Home to iconic New York brew, Brooklyn Lager, this microbrewery was established in 1988.

The vibe is exactly what you’d expect from a Brooklyn brewery in this laid-back borough. The face-brick walls are adorned with rustic, minimalist décor, highlighted by murals that mirror the graffiti that characterises the neighbourhood. Seat yourself on a wooden bar stool or bench and feel like you are part of the brewing process, with the brewery’s giant steel vats and pipes forming part of the furnishings. Limited outdoor seating is also available, as is the private Barrel Room. While the Barrel Room must be reserved in advance, reservations are not available for the rest of the venue, so the owners recommend you arrive early to get a good table. You can even bring your dog!

Because this is one of the NYC breweries that does not offer much in the way of food (only a selection of chips and other small snacks), they are happy for you to bring your own or order from one of the many nearby eateries. Outside food vendors are also frequently in residence on the weekends. Check the events calendar to catch one of the venue’s regular special events, such as bingo and trivia evenings.

If you like your beer alongside a tasty meal, then you absolutely must include Torch & Crown Brewing Company on your tour of the best NYC breweries. Despite being a fairly new kid on the block (having opened its doors in October 2020), Torch & Crown is fast building a reputation as one of the best breweries NYC has to offer, while its on-site restaurant offers arguably the best food of any in the city.

As Manhattan’s only production brewery and restaurant, Torch & Crown Brewing Company offers the full New York experience from its expansive 9 500-square-foot premises in the cultural hotspot of SoHo. With minimalist, industrial-chic décor, this venue’s two floors of indoor and outdoor communal seating and massive bar can cater to up to 450 patrons. A further 65 people can be accommodated in the brewery’s private downstairs tasting room. Meanwhile, Torch & Crown’s to-go section retails four packs of beer and an array of branded merchandise.

Open seven days a week for breakfast, lunch and dinner, the Torch & Crown Restaurant offers New York-centric dishes to suit all tastes. For the famished, the venue’s signature pig feast feeds 10. Meanwhile, matching the menu, everything on the drinks list is sourced from New York State. Draft beers on the menu include the Almost Famous IPA, Tenement Pilsner, Grind Coffee Porter and Warp, and West Coast Pale Ale. The emphasis here is clearly on IPAs and plentiful hops.

For $90 per person, visitors can join a Torch Tour, with an expert guide leading the way from the brewery on a two-hour walk through NYC, followed by a scrumptious lunch and a couple of beers. Regular guided tastings are only available online, although there may be a tasting on offer in one of the special events on the venue’s packed calendar.

The Torch & Crown is open from 12pm to 10pm on Mondays to Wednesdays, 12pm to 11pm on Thursdays to Saturdays, and from 2pm to 8pm on Sundays.

The Bronx Brewery, The Bronx

Established in 2011, The Bronx Brewery is our pick of this borough’s best beer houses. The Bronx Brewery is one of a handful of independently-owned NYC breweries, with an ethos that extends beyond the brewing of world-class craft beer. Its operators are highly esteemed for their support of the South Bronx neighbourhood and its people. This includes a beer-brewing internship programme, a city-wide mural-creation initiative, and the twice-monthly featuring of local artists’ work on the brewery’s beer cans. It’s beer brewing with a conscience.

Visitors can enjoy a range of beers – including pilsners, pale ales, a few IPA variations, and ever-changing seasonal favourites – in the venue’s taproom, adjacent to the brewery production floor or (in fine weather) in the rustic and colourful backyard. The Bronx Brewery also features two semi-private spaces, including the Lab, where a unique, interactive tasting experience is on offer.

Hungry guests are spoilt for choice at The Bronx Brewery, with two restaurants – Bastard Burgers and Empanology (Puerto Rican eatery) – from which to choose.

If you have time left after visiting our three best breweries in NYC, consider adding these top-notch venues to your itinerary:

One last note… If you get your timing right, your tour of New York breweries can coincide with one of the dozens of beer festivals and events hosted in the city each year. Unsurprisingly, the summer months see the most beer industry events. These are some of our favourites:

It’s clear that NYC breweries keep up with beer industry trends and all offer something special. Next time you’re in the Big Apple, take a bite out of these brew pubs!