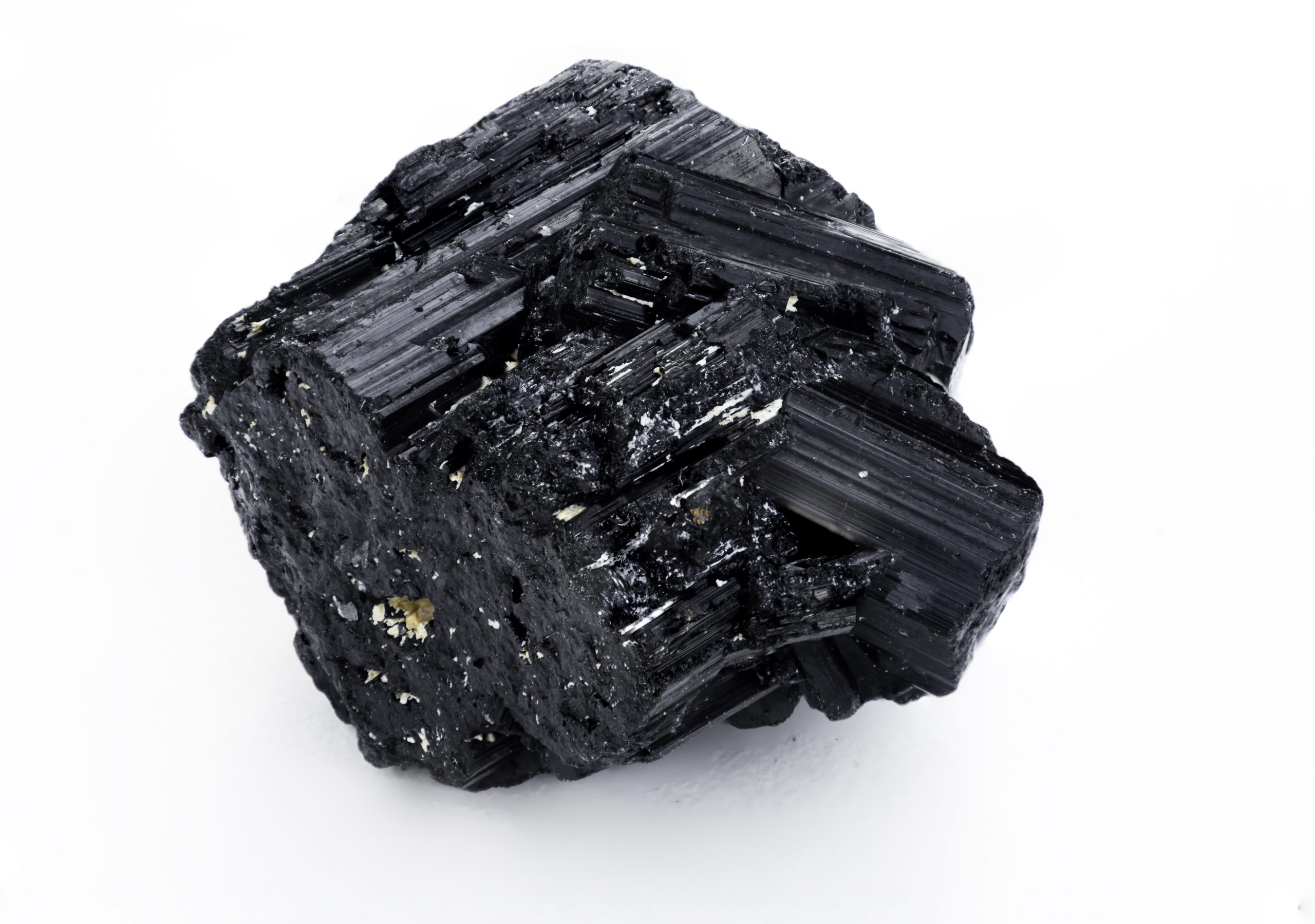 Nuummite, otherwise commonly referred to as the “Sorcerer’s Stone,” is a rare and ancient crystal. The night-black hue of the stone summons the energy of the storm elements. As dark as the deepest depths of the ocean, Nuummite’s black is a potent source of grounding while its golden sheen lends it its magical quality and the properties of good luck.

Although it is difficult to source, crystal lovers across the globe are trying to get their hands on this antique and magnificent crystal.

Nuummite is, in the simplest geological terms, a very old metamorphic rock formation. In fact, it is the oldest mineral ever to be discovered by humans with its estimated age being roughly 3 billion years. It is composed of two lesser-known minerals; Anthophyllite and Gertie.

Nuummite can be found in the form of a crystallised mass or laminate. The golden shimmer that makes this crystal so entrancing is indicative of the stone’s Labradorescence. This is the official term used to describe an object that seems to change color when moved in the light.

Where Does Nuummite Come From?

This rare and highly sought-after stone is unearthed primarily in Greenland. This northern nation is famously overcast year-round with temperatures ranging between roughly 10°C and -10 °C.

Due to these extreme and hostile weather conditions, the Nuummite stone can only be mined for a few months of the year. This is due to the fact that the ground is oftentimes frozen which does not realistically allow for the safe extraction of minerals.

What is the Meaning of Nuummite?

The name “Nuummite” was inspired by the place where this stone was originally discovered.  The German minerologist K. L. Giesecke discovered the first ever Nuummite stone in 1810.  It was unearthed in Nuuk – Greenland’s capital city. This is the only crystal discovered in this region and it continues to be the primary global supplier of Nuummite.

Benefits and Healing Properties of Nuummite

Black gemstones are typically associated with divine knowledge, while also being symbolic of the cycle of death and (re)birth. Nuummite’s dark hue represents the unknown and for some individuals this may trigger a sense of fear for the danger that is often associated with unchartered waters.

We see it as a powerful instrument that holds the space for you to connect with a deep and universal wisdom that will free you from old judgements and reservations that only serve to inhibit your growth. The channel to a realm of higher knowledge can be accessed with the Nuummite stone as it serves to bridge the gap between the physical and spiritual planes.

How to Use Nuummite?

As we said mentioned, Nuummite is amongst the most grounding crystals unearthed to date. This powerful energy will serve you well when it is channelled slowly and steadily. While you do not need to abide by any strict schedule, some sort of ritual and consistency supports the seamless integration of the energies of the crystal into your daily life.

We would highly recommend keeping a Nuummite stone close throughout the day. Wearing it as a pendant is an excellent choice as its close proximity to your body assists in the absorption of healing frequencies. Furthermore, a pendant is close to the third eye and crown chakra which heightens the crystal’s capacities to stimulate your intellectual faculties by enhancing mental clarity and general cognition.

If you are not naturally inclined to wear jewelry then you can also place a Nuummite stone in your home. Situate it in the room that you feel is most in need of rebalancing and deep grounding. If your family life has been somewhat tumultuous then we would recommend placing the stone in a shared space so as to encourage harmony in the home.

How Do You Clean Nuummite?

There are a number of ways in which you can clean crystals like Nuummite. Every crystal enthusiast tends to have a preferred method which they will incorporate into their cleansing rituals.  It is greatly important to look after your crystals.

When neglected, they can become oversaturated with the negative energies they have absorbed and this greatly undermines their healing capacities. You should clean your Nuummite stone regularly to experience the full potency of its energetic realignment.

The most popular method of cleaning crystals is smudging. This entails lighting a smudge stick, sage, or Palo Santo and gently waving the smoke around your crystal. While you are encircling the stone with the smoke you are encouraged to set intentions of rebirth, renewal, and reset.

Another highly effective and popular method of cleaning crystals is placing them under the full moon light. Leave your stone on your windowsill or outside overnight on the day of the full moon to harness its powerful restorative effects.

If the next new moon is simply too far away, you may also bury your crystal in the ground for twenty-four hours. The earth’s soil acts as a natural detoxifying agent by drawing out negative energies and replenishing powerful positive reserves.

How Can You Tell if Nuummite is Real?

Unfortunately, the age of competitive pricing and mass consumerism has resulted in the emergence of an expansive fake crystal market. While a fake may still be beautiful to look at, it will not contain any of the healing properties of a genuine Nuummite stone.

A genuine Nuummite will have striking lightning-like golden shapes dancing across a night-black surface. The inclusions of this stone are irregularly shaped and the dazzling splashes may be light and thin or thick. The chatoyant streaks reflect brilliant flashes of light when the crystal is tilted.

Is Nuummite a Rare Stone?

Nuummite is certainly amongst the rarer crystals nowadays. Albeit ancient, it is not found in abundance.

Since its discovery in Nuuk over two centuries years ago, the rare crystal is found in scarce quantities in only a handful of other places across the globe. These locations are limited to Canada’s Yukon River, Kainuu in Finland, and Converse County in Wyoming. If you have a piece of this crystal, count yourself lucky!