Blog » Hobbies » Gardening » Flowers » What Is The November Birth Flower? The Meaning of Chrysanthemums 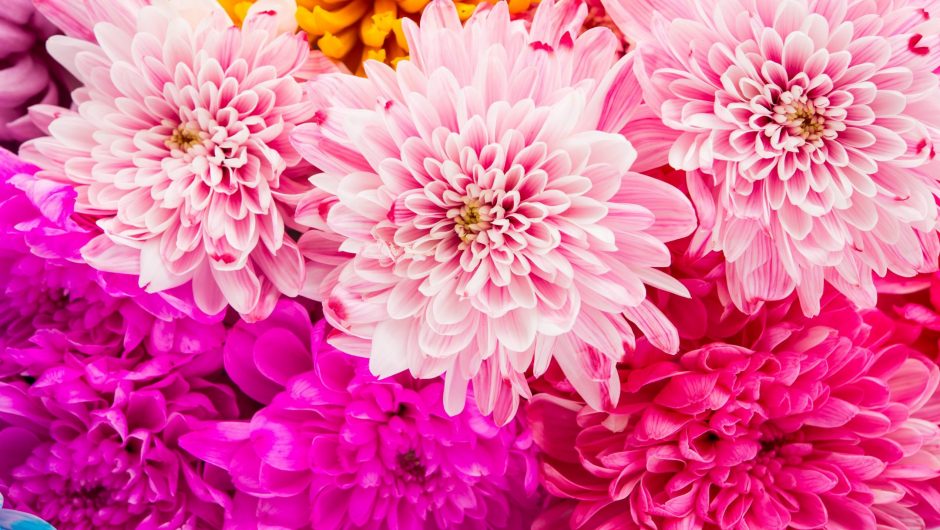 A long time ago, long before we relied so heavily on emails, texts, instant messages and phone calls, we used flowers as a means of communication. The language of flowers is floriography, and it became increasingly popular throughout the 18th and 19th centuries. While our means of communication has changed quite drastically, the interpretations of flowers are the same today as they were hundreds of years ago.

Chrysanthemums are the birth month flower for November. Let’s take a closer look at the special meaning attached to these beautiful, colourful blooms.

What is November’s Birth Flower? 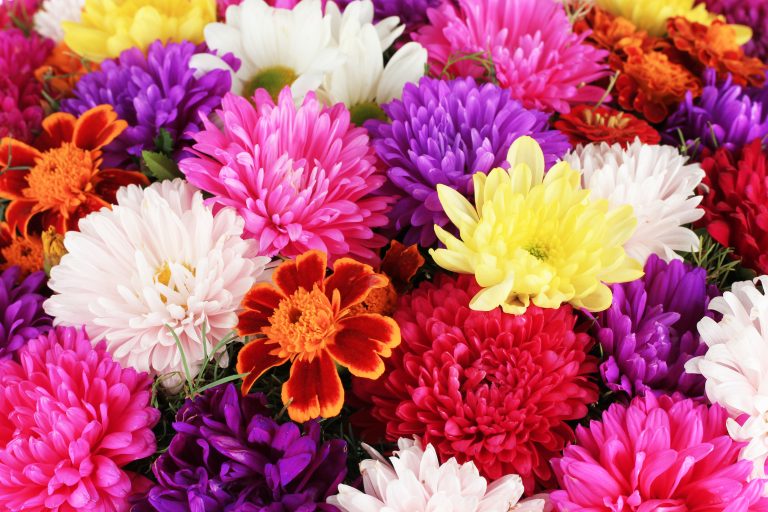 The birth flower for November is bright and cheery. Chrysanthemums are often referred to just as “mums” and bloom in a wide range of sizes and colours, most commonly in hues of pink, white, yellow and red. These flowers are native to Asia and the north-eastern parts of Europe. They get their name from the Greek words “chrysos” which means gold, and “ánthemon”, which means flower.

Chrysanthemums are a member of the daisy family, which extends to include asters, zinnias and coneflowers. Most varieties of chrysanthemum bloom during the autumn months, but it is possible to find these flowers in blossom most of the year-round.

There are numerous varieties of chrysanthemums, and because of their broad classification, the National Chrysanthemum Society of the United States created a classification system based on the flower’s shape.

What is the Meaning of Chrysanthemum?

Chrysanthemums are one of the world’s most popular flowers, second only to roses.

As is the case with many flowers, the meaning of chrysanthemums may change based on the colour of the blossom. On the other hand, yellow chrysanthemums also serve as an acknowledgement of a wounded heart and you can give them to people who are mourning as a token of support. White Chrysanthemums are representative of virtue and honesty.

In China, chrysanthemums are a symbol of stateliness. Many of the country’s poets reference the flower in some of the most popular works from this part of the world. They also signify a sense of life and rebirth and are symbolic of good luck, happiness, joy, longevity, honour and respect.

As chrysanthemums are native to Asia and date back as far as the 15th Century B.C., the flower is symbolic of a number of things throughout the continent.

Also see  What Are October's Birth Flowers? (Yes, There's More Than One!)

In Japan, an annual event named the “Festival of Happiness” celebrates this flower every year. Furthermore, both Chinese and Japanese cultures recognise chrysanthemums as emblems of youth, with some people even believing that the flower can prevent grey hair. The flower is also viewed as being symbolic of the sun, with many believing that the orderly unfolding of the chrysanthemum’s petals represent perfection.

Chrysanthemums are also used to flavour teas, wines and other drinks across Asia. Steaming and boiling the leaves will unlock the plant’s flavour profile.

What Do Chrysanthemums Say About November Babies?

With their connotations of abundance, cheerfulness, and friendship, chrysanthemums imbue all these qualities on November-borns. You’ll find these people great fun to be around and very generous with their attention, money, and time. November babies are capable of a friendly word even under personally difficult circumstances.

Avoid buying mums that are drooping and wilting because, although they can recover quickly when you water them, the flowers simply won’t last as long as they usually would. At the same time, look out for mums that have overwatered. When they are sitting in a soggy potting mix they won’t be as healthy as they could be.

Buying Chrysanthemums For A November Birthday 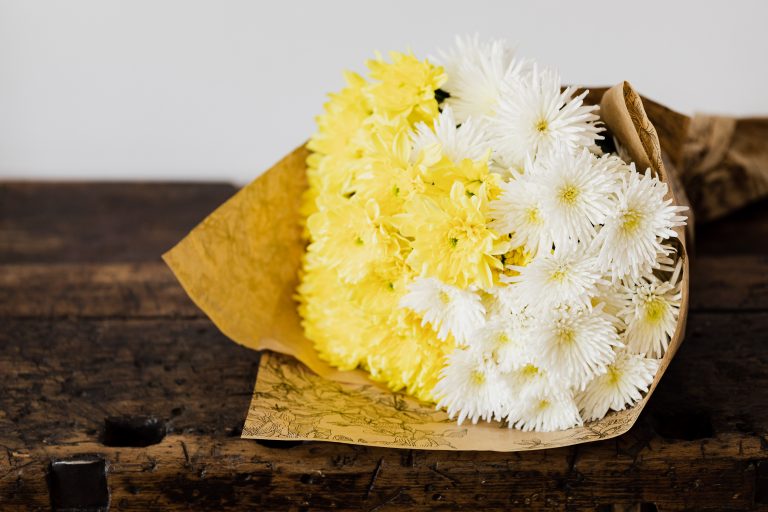 These classic blooms are wildly popular the world over for bouquets and will definitely see the recipient feeling cherished! And because their meaning varies according to colour and type, you can make this present a very personal one.

Traditionally, chrysanthemums are for moms on Mother’s Day, which is fitting seeing as how the flowers are occasionally referred to as “mums”. These flowers are best suited to celebrate mothers because they symbolise optimism and joy.

Also see  Asiatic Lily Care: When & How to Plant Asiatic Lilies From Bulbs

Red chrysanthemums are reflective of true love and are the flower of choice for 13th wedding anniversaries. These beautiful blooms will attract immediate attention, in the way you no doubt hope your love will! And, they’ll remind your significant other of the depth of feeling you carry for them.

Green chrysanthemums denote a natural charisma and vibrancy and send a message of health and vitality. They’re a wonderful way to tell your grandparents you recognise their strength of character and that you wish them a long and happy life.

For a Friend Or Colleague

Generally, November’s birth flower serves as a symbol of good wishes and friendship, which is why chrysanthemums make for excellent gifts for birthdays and baby showers.

Along with all the meanings and symbols already outlined, chrysanthemums also provide mild, cold energy. They have a special affinity with the energy channels leading to the kidneys, liver, lungs, and spleen, so they’ll give your recipient the gift of better health too!