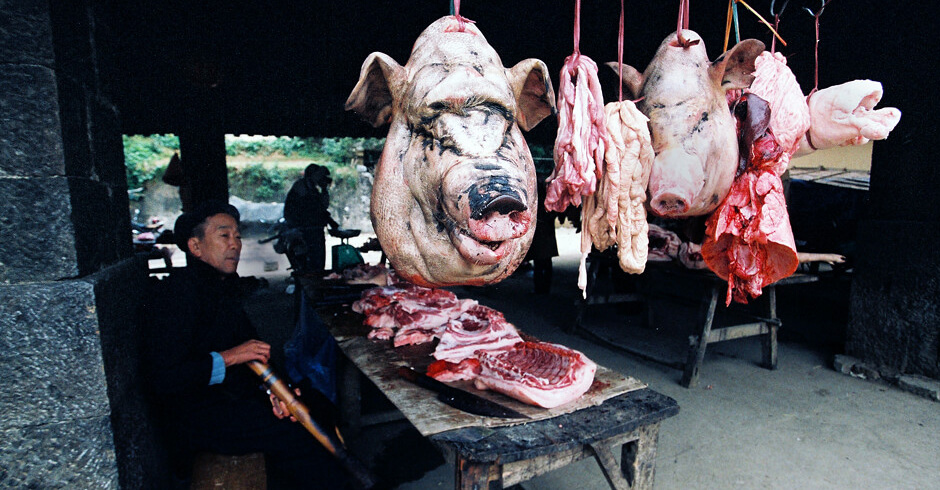 A cookbook named ‘The Whole Beast’, upon release in 2004, was immediately dubbed a ‘cult’ piece of culinary literature and ‘the Ulysses of the Slow Food movement.’ Its contents? Nose to tail eating. The concept is, as you might’ve guessed, fairly self-explanatory, but despite the primitive nature of it all, and the fact it dropped off the gastronomic radar for some time, it has only popped into the public consciousness relatively recently.

Nose to tail eating is, fundamentally, the idea of ‘waste not want not’, and sometimes to the extreme. We’re not just talking cheeks, livers and fish heads here, but trotters, mature embryos, tongues and eyes as well.

Not wanting to pile up waste is all fine and dandy, but most chefs are more interested in ways to transform offal (organs and entrails) into something that appeals to the palate. Christopher Hirst, who charted his toe-dipping into nose to tail cuisine, pointed out that, when a cow’s bones were cooked on high heat for 20 minutes, the resulting ‘rich, buttery slurry was excellent on toast.’ 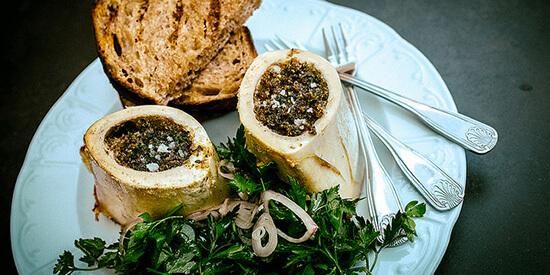 To a lot of chefs the flavour integrity of skin, bones and cartilage is no secret. When bones are slow cooked, the connective tissue dissolves out of them to provide a richly succuent foundation for stocks, soups and stews. If you quickly fry a pig’s snout or ears, you’re often left with a crisp texture of which the flavour beats a whole host of other snacks.

Better still, offal isn’t asked for too often at the butcher’s, so you often find yourself bagging a brain at a bargain. Lamb’s hearts can set you back a mere 35p for 100 grams, and pig’s ears you can procure for 18p per 100 grams at worst. If your butcher is even the slightest bit generous, he’d only be too happy to give away his pork bones, not to mention a range of other undesirables, free of charge.

The perks of eating with an open mind are, one might think, infinitely beneficial, but even once you’re committed to literally going the whole hog, there are a few surprises. Take a standard cut of meat, for example. Cholesterol levels are somewhere around the 160 milligram mark at most. Yet when brains enter the equation (calf brains a delicacy in Mexico, France and El Salvador, to name a few places), the figures skyrocket, with some dishes containing up to 3,000 milligrams of cholesterol.

Another thing diners may have to get over is their squeamishness. Balut is the developing embryo of a duck that’s been matured for 17 days before it’s boiled and eaten from the shell. The very thought of popping a soggy, limp duck foetus into one’s mouth is enough to put most people off. Similarly, the notion of battered sheep’s testicles could conceivably convert the most carniveorous carnivore to vegetarianism. 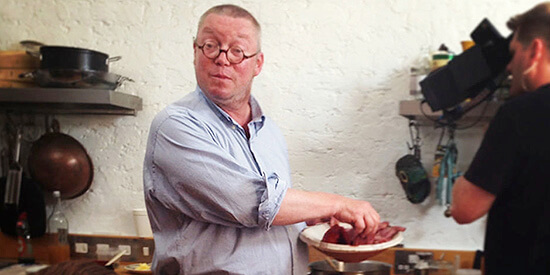 So, I hear you ask, where does one have to go to sample such delicacies? While some dishes are fairly exclusive to their founding nation, it so happens that you might not have to travel very far for them.

First off, it would be rude not to mention Fergus Henderson’s restaurant. Author of the aforementioned cookbook ‘The Whole Beast’, Henderson is very much a pioneer of the nose to tail movement, and has garnered much praise from peers and critics alike for his endeavours. St. John is conveniently located just around the corner from Smithfield Market, and it possesses a menu whereon you’ll find the likes of lamb tongues, ox liver, rabbit offal, and devilled kidneys.

Also see  To the Nines: How To Dress for a Once-in-a-Lifetime Meal

Then there’s Rochelle Canteen – thought of as ‘that other nose to tail place’ – though there are of course a few others. It’s difficult not to pick up on the influences St. John has on the place, and diners are often forgiven, for it’s Henderson’s wife that helped open the restaurant. It’s she, critics claim, who’s one of British food’s best kept secrets.

Though there’s nothing new about it, per se, nose to tail is very much a re-emerging movement – the lack of dedicated restaurants go some way to showing that. For most diners, it requires a reluctant step into an unknown world of food that had for a time lost its way but, as Henderson so eloquently wrote, ‘if you’re going to kill an animal it seems polite to use the whole thing.’