Blog » Food, Drinks and More » Coffee » About Coffee » Coffee Around the World » Learn All About Nigeria Coffee 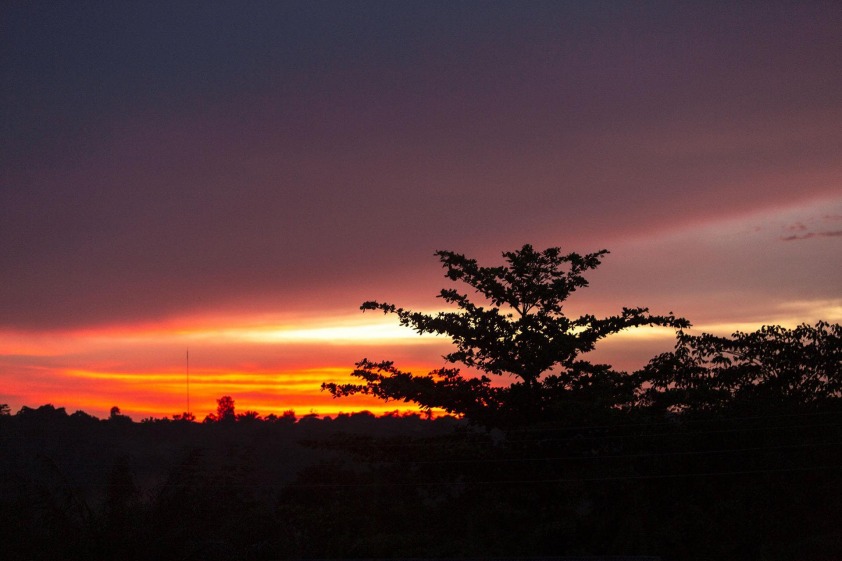 Over the past few years, coffee production in Nigeria has grown significantly. Owing to a perfect climate and fertile soil, many parts of the African continent have become well-known for the coffee beans they produce.

Nigeria’s coffee production and consumption have increased a great deal. In fact, in 2010 alone, the country’s coffee consumption grew by 5%, due purely to the fact that there was a big increase in Nescafe mobile kiosks, which led to an increase of 37% in the instant coffee sector. In Nigeria alone, Nestle actually holds more than 60% of the market share.

Below, we’ve put together a quick guide to the coffee industry in Nigeria, including a brief history of it and where it stands today.

The History Of Nigerian Coffee

It’s believed that coffee was first introduced to Nigeria in the late 19th Century, with the very first recorded dates of exports taking place in 1896. Over the next several decades, coffee became a major cash crop for farmers throughout the country. In the latter half of the 1930s, just a few decades after the crop was first introduced to Nigeria, the government began to promote its cultivation of it by making both robusta and arabica seeds available to farmers across the country.

However, as we’re now well into the 21st Century, Nigerian coffee production appears to be on the decline. Coffee production in Nigeria has been facing a number of issues in recent years. The amount of land allotted to coffee farming has dropped drastically, and many farms throughout the country are facing soil that has been depleted of its nutrients. There is also a wide skills gap that continues to grow, as most of the coffee farmers in Nigeria belong to older generations.

Learn All About Malawi Coffee

Robusta currently accounts for 90% of all coffee exports in Nigeria, as it is grown in 14 states, including Jos, Bauchi, Oyo, Abia, Cross River, Taraba, Ekiti, Ondo, Delta, Kwara, Ogun, Akwa Ibom, and Edo.

How Much Coffee Is Produced In Nigeria?

The production of Nigerian coffee has shown steady signs of decline over the past few years. There was, however, a massive increase of 10.66% in 2016. Since then, this figure has continued to fall steadily. In 2019, the country produced 1,901 tonnes of coffee. However, that figure declined by 0.74% in 2020, dropping down to just 1,887 tonnes.

Types Of Coffee Grown In Nigeria

What Is Nigeria Green Coffee Beans?

Green coffee is made from un-roasted Arabica beans. It has a very distinct taste compared to that of roasted coffee beans. This kind of coffee is actually in high demand in Nigeria, owing to the fact that it is believed to have plenty of health benefits, including weight loss, lower blood pressure, reduced cholesterol, and increased energy.

Typically, the coffee in Nigeria has flavour notes of fruit and chocolate, but with hints of floral aromas. Many believe this is due to the fact that the country’s coffee is mostly grown in high-altitude environments, which gives the coffee a sweeter taste.

While Robusta does make up most of the coffee grown in Nigeria, which largely contributes to instant coffee blends, a small handful of independent farmers have started to grow high-quality Arabica beans. This has resulted in better quality coffees emerging from the country.

How Do Nigerians Make Coffee?

Nigeria’s coffee culture is quite different from many parts of the world. Large coffee chains have been unable to break into the market, as the coffee culture is based largely on purchasing cups from street vendors. In a country where the average person lives on just US$2 per day, being able to pay just a couple of cents for a cup of instant coffee is exactly what the majority of people need.

While the majority of Nigeria’s coffee is attributed to Nescafe instant beverages, there are still small, independent brands for coffee lovers to try. One such brand is Happy Coffee, which is perhaps best known for its sweet “Nigerian Blend”. Another excellent brand to try is Mai Shayi, which also exhibits sweet and fruity flavours.

One thing’s for sure, if you love the kick of caffeine, there are plenty of options!