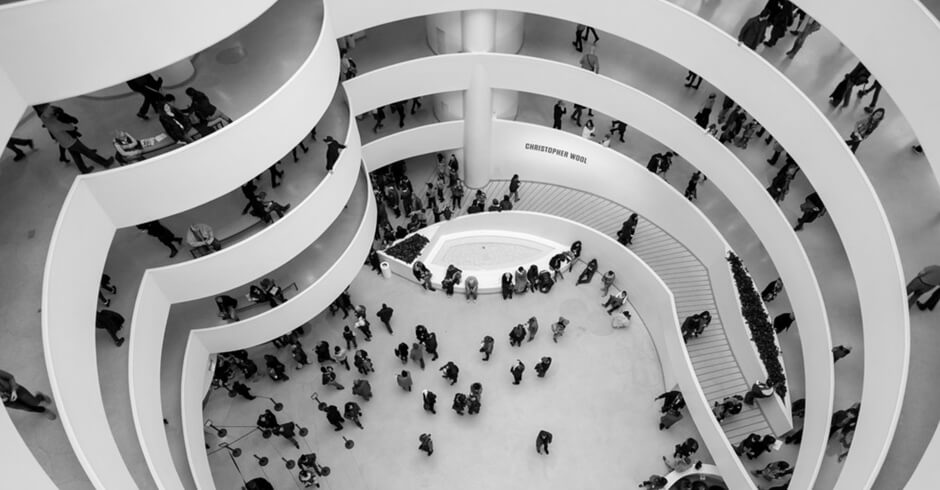 Say the word ‘museum’ and it doesn’t matter where you are in the world, the same ones crop up – Louvre, V&A, Smithsonian, Vatican. Say the word ‘museum’ in New York and people will start pointing just down the street or over their shoulder at the nearest one. These are New York’s top museums.

From the sheer size of the building to the sheer size of some of the artefacts, a lot of this museum is about things on a big scale. Take the enormous blue whale ‘replica’ that greets you as you first walk in, the 200-pound Komodo Dragons in the Hall of Reptiles, and the T-Rex with 6-inch teeth as just a few examples.

The National September 11 Memorial & Museum (perhaps more easily referred to as Ground Zero) primarily commemorates those 3,000 people that lost their lives as a result of the cumulative terrorist attacks around the US in 2001. The museum only formally opened to the public this year. Museum and memorial features include a ‘survivor tree’ that was originally planted at the foot of the two towers and survives to this day and recordings of first responders phone calls.

The Guggenheim might be home to an impressive collection of contemporary art, but it’s also a work of art in itself. Perhaps best described as New York’s answer to the Tate Modern, The Guggenheim’s both permanent and temporary exhibitions have displayed work form the likes of Monet, Cezanne, Picasso, and van Gough.

Where to Watch Jazz in New York

The Metropolitan Museum of Art

The largest museum in the Western Hemisphere, and the first you’re likely to hear about on a trip to NY, possesses a collection of artefacts numbering somewhere around 2 million. 6.3 million people travelled from all corners of the world to visit the museum last year. The museum is so vast that you could easily spend a whole vacation there.

The Cloisters is found in Tryon Park. Though the US has very little to do with medieval history, the museum houses over 5,000 tapestries, statues, marblework, instruments, coinage, stained glass, and the like form this period. Even the building itself resembles something from the 15th century.

Founded in 1929, the Museum of Modern Art is, well, exactly that. Over 12,000 pieces from the most celebrated names in contemporary art, including the likes of Matisse, Picasso and Warhol. Add to that a collection of 22,000 films with frequent screenings.

Everything here is featured on, in, or around the aircraft carrier USS Intrepid, which saw active service in Vietnam and WWII. Exhibits include a rare glance inside a missile submarine, 25 aircraft from WWII up to the Cold War, and the space shuttle Enterprise.

Which of these New York’s top museums will you be visiting? Let us know!