Blog » Wine, Beer & Spirits » Wine » Wineries » European Wines » Italian Wines » What is Nebbiolo? Everything You Need to Know About This Red Wine 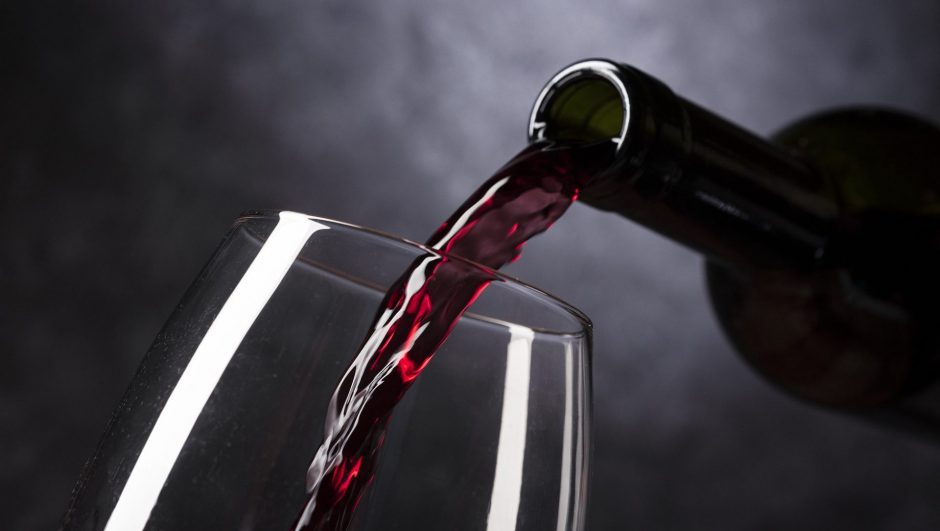 Of all the incredible grapes and wines that come out of Italy, the classic Nebbiolo is one of the most famous and world renowned. Nebbiolo wines are now produced in many places all over the world, but its origin is from the rolling hills of Northern Italy.

Nebbiolo wines are known for their full bodied, rich, deep and intense taste. The bottles generally come with a high price tag, one of the reasons for this is that the Nebbiolo grapes can be very tricky to grow. They have very thick skins which make them an easy target for pests and disease. They also take a long time to ripen, which makes the process a long one from seed to bottle.

The name Nebbiolo comes from the Italian word “nebbia” which directly translated means “fog”. The reason for this unusual name is that the grapes are usually harvested around mid-October, when a thick and mystical fog sets into the Piedmont region in Italy, where the grapes originate from.

Another possible meaning for the fog translation in the name, is the fog-like glaucous film that forms over the grapes as they ripen and mature.

Where Is Nebbiolo From? 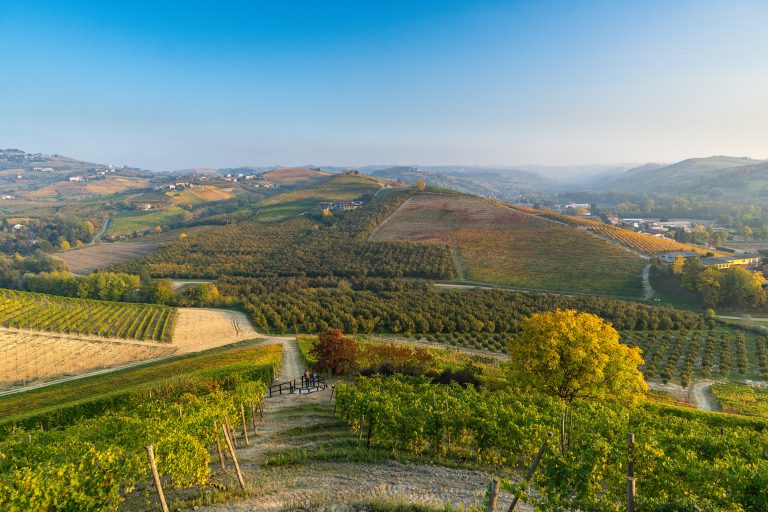 Nebbiolo originally hails from the hills of the Piedmont region in Italy. The most popular spots with successful vineyards are Barolo, Barbaresco and Langhe. These vineyards and the wine making in these regions have been around for hundreds of years, but the popularity of this grape has expanded into the rest of the world too.

Nebbiolo grapes need a very specific climate in order to flourish and reach their full potential, which is why they can’t be grown “just anywhere”. Nebbiolo wines are now also produced in California, Mexico, South Africa and Australia.

How Is Nebbiolo Wine Made?

The way a Nebbiolo wine is made often varies, and is dependent on the area in which the vineyards are. The ancient practices and traditional process of making this wine is now being combined with the modern day winemaker’s touch.

The places in Italy where Nebbiolo originates from tend to lean more towards the more traditional winemaking methods to produce their rustic and rich bottles of Nebbiolo. But the other places in the world where Nebbiolo grapes are now grown and the wine is produced, will often include more of the modernist winemaking ritual.

The traditional method for making Nebbiolo wines involves long periods of softening and fermenting the grapes, for roughly 30 days. They use large barrels and the temperature is controlled by the season, weather and location of the barrels. Nature is far more involved in this traditional process and it involves a great deal of skill, generational wisdom, trust and intuition.

The more modern approach to making Nebbiolo wine uses a much shorter softening period, the grapes are left to steep for roughly 10 days as opposed to 30 or so. They also have technologically temperature controlled environments and keep the grapes at a much cooler temperature during the fermentation process. This cool temperature is said to enhance and preserve the natural fruity flavours and aromas that the grapes contain. The modern winemaker also likes to use smaller barrels and they get far more involved in the manipulation of the natural notes and flavours than the traditionalist. 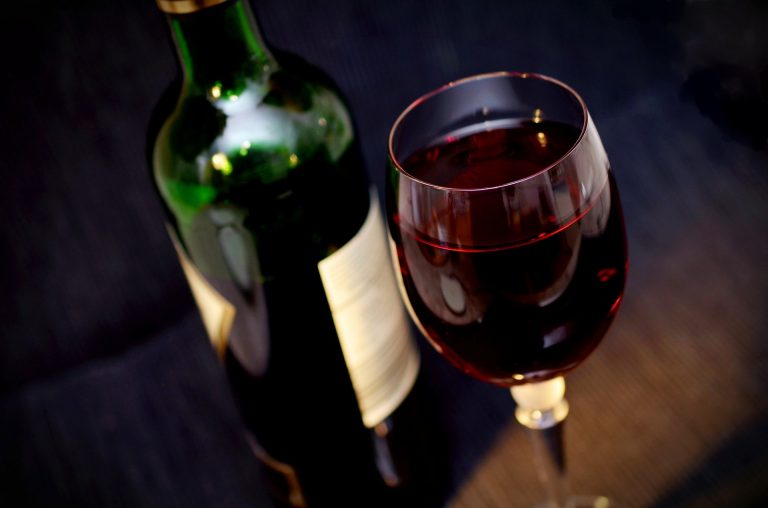 Nebbiolo wine is highly famous for its undeniable taste. The floral aroma and often light-red colouring give you the impression that it’s a light wine, but it’s not. It’s deep, rich and gripping.
The taste of a Nebbiolo is influenced by its ageing process, how long it has been aged for, and the temperature during the fermentation process. The younger the wine is, the more intensely you will be able to smell and taste hints of leather, rose and tar. The more aged the wine, the more present you will find notes of cherries, violets, raspberries, wild herbs, prunes and even tobacco.

Is Nebbiolo Sweet Or Dry?

The sweetness or dryness of a Nebbiolo wine is directly related to the harvest date, when fermentation has stopped and the temperature during the end phases of fermentation.

The sweeter the Nebbiolo, the lower the temperature was during the end process of fermentation and it would also be likely that the grapes were harvested late.

If it’s more of a dry red wine it means the grapes were harvested before the residual sugar levels were able to affect the sugar levels in the fermentation process. It also means that the temperature was kept higher towards the end of fermentation and monitored more closely by the winemaker.

What Wines Are Similar To Nebbiolo?

The two wines with the most similar structure, taste and texture to a Nebbiolo wine are Sangiovese and Pinot Noir.

Is Nebbiolo A Good Wine?

Yes, Nebbiolo is absolutely considered to be a good wine. It is, in fact, quite iconic. The palette of this exquisite beverage is unusual and there are very few others out there that are able to rival its intense flavour.

How To Drink Nebbiolo

Nebbiolo is best served at room temperature. Due to its high tannin content, it’s advised to decant your bottle of Nebbiolo and allow it to breathe for 45 minutes before consumption. This allows the tannins time to settle.

What Food Does Nebbiolo Pair Well With? 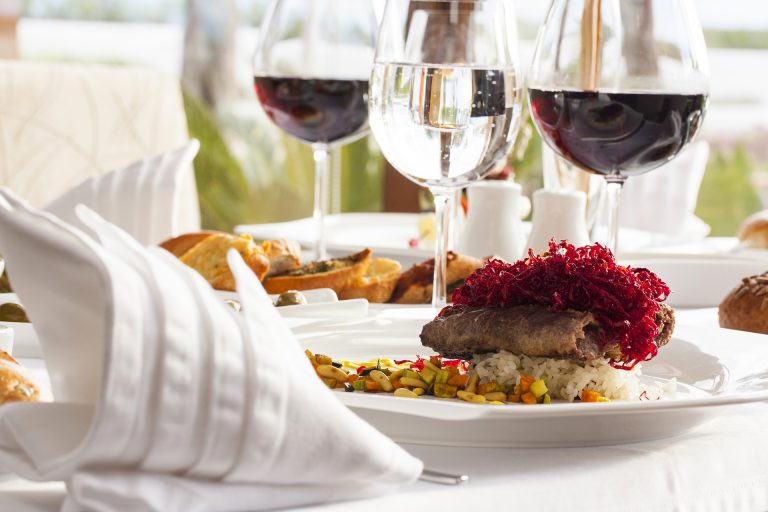 Due to Nebbiolo’s high tannin and acidity, the best foods to pair it with are the more acidic, salty and fattier foods. This wine pairs well with most meats, but specifically red meats and pork, and even turkey.

It pairs fantastically with cheese too, the fattier and richer the cheese, the more delicious your wine will taste.

The price for a bottle of Nebbiolo ranges quite substantially. But overall, it is not considered to be a cheap wine. The price will be directly dictated by the quality of the ferment and grape, where it was grown, and how long it has aged for. On average, you are looking at anything from £15 to £100 per bottle, so everyone can enjoy it!