Mother of Pearl is a beautiful shimmering material that’s very popular in all kinds of jewelery, in art, watches, furniture, and household décor too. Like real pearls, it’s an organic substance, meaning that it comes from a living creature, plant or organism. The iridescent uniqueness, gorgeous shine, versatility and organic origin make mother of pearl a sought-after substance.

It’s known to have calming and stress relieving properties, bringing peace to those who wear and use it. Mother of pearl is said to bring about healing of the heart and help expand inner wisdom.

This versatile natural beauty has so much to offer. Keep reading to find out more about it.

What is Mother of Pearl? 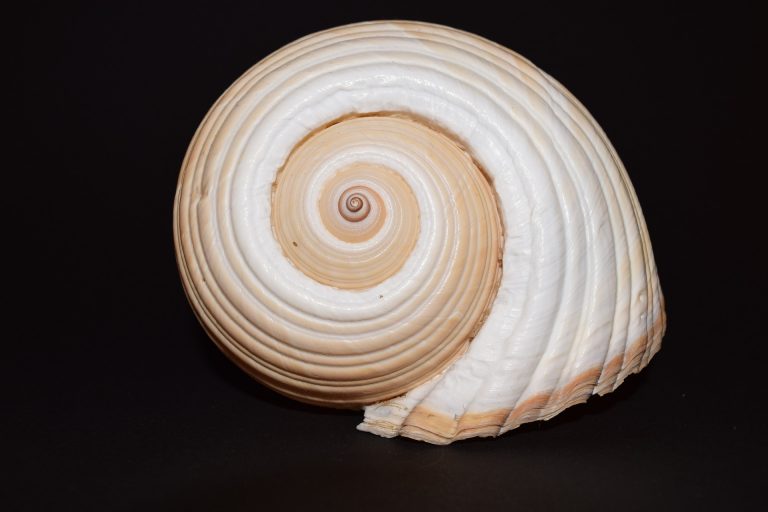 Mother of Pearl is the colloquial name given to the iridescent substance that forms the inner layer of the shell of some molluscs. This substance is commonly known as nacre.

Nacre is a unique combination of minerals that are secreted by oysters and other molluscs. The epithelial cells in the lining of the mollusc secrete thin platelets, which form the base of nacre. These thin platelets are comprised of calcium carbonate, when secreted by the mollusc the platelets have a composition similar to the waves of light. This is what gives nacre its iridescent, shimmering sheen and what makes it so unique.

Nacre sits inside the mollusc shells performing the job of protection, keeping them safe from the invasion of outside pollutants and parasites.

What is the History of Mother of Pearl?

Mother of pearl has a dense and extensive history. It shows up in many ancient texts and stories, even in The Bible.

It was used by the Ancient Egyptians to embellish silver and to honour royalty and high-class citizens. There were pieces of mother of pearl found in pyramids and tombs. It was also very popular in China during the Shang and Ming Dynasties, it was known to be used to create furniture, jewelry and clothing for the wealthy.

What are Cultured Pearls? Difference Between Cultured & Natural Pearls

The first people known to use mother of pearl to make jewelry were the Native Americans. They also used it to trade with other villages and foreigners for things they needed.

What is the Meaning of Mother of Pearl? 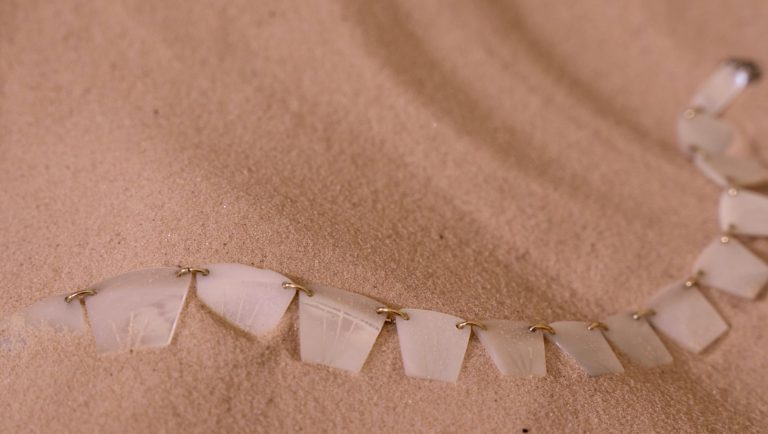 Mother of pearl is the term given to the lining or nacre of the mollusc shell.

It is the stone given on the 1st wedding anniversary and is most commonly associated with elegant and feminine jewelry.

The name, mother of pearl, was said to originate from the fact that the nacre-lined shells are the belly in which pearls are produced. It is a beautiful metaphorical name for a miraculous underwater creation process.

What are the Benefits and Properties of Mother of Pearl?

Mother of pearl is known to be the ultimate bringer of divine wisdom and intuition. It has a calming effect on emotions and on the body too. It can bring balance to the lungs, heart, liver, kidneys and adrenal glands. It is also known to be very supportive to pregnant women and new mothers, due to its powerful feminine energy. Mother of pearl brings balance to hormones and lightens negative moods too.

It brings about a sense of lightness and strength, helping you to remember who you truly are and bringing about a healthy boost of confidence should one be needed.
Due to Mother of Pearl’s innate ability to connect us with our inner wisdom, it’s no surprise that it helps balance and open up the third eye chakra too. It helps you find clarity and observation of self, while simultaneously exploring the shadow parts of ourselves.

What is the Difference Between Pearl and Mother of Pearl?

Pearl and mother of pearl have some similarities but are fundamentally very different.

They are both made up of nacre as their base composition, but mother of pearl refers specifically to the nacre-coated inner-shell of the mollusc. Pearls are comprised totally out of nacre. The way a Pearl is made is such a fascinating process. The process occurs when a foreign object, such as sand, enters the mollusc shell.

The mollusc then sees the object as an invader, its primary defence mechanism is to then continually coat the intruder in layers of nacre to protect itself. The mollusc continues to do so until it feels safe, this is usually 3 to 5 years later, thus, a pearl has formed.

Is Mother of Pearl Valuable?

Mother of pearl is a commonly occurring substance in many types of molluscs, so it is not considered terribly rare. Pearls on the other hand are much more difficult to find and create, making them rare and quite pricey. There is a much more abundant and continuous supply of mother of pearl, making it relatively affordable and quite easy to come by.

Despite its natural abundance and affordability, mother of pearl has decreased in popularity in recent years. This is largely due to the industries that use it often, not wanting to support the unsustainable and often unethical way that it’s farmed. There are some people and industry leaders actively seeking out ethical farming practices for the mother of pearl.

Should you wish to purchase mother of pearl in any format, it’s best to do some research first on the company or person you are buying from. Make sure to check if they support environmentally friendly and ethical pearl and mother of pearl cultivation and farming.

How Can You Tell If Mother Of Pearl Is Real?

There is a super simple and easy way to test whether your mother of pearl is real or not. There is something called the Pearl Tooth Test which helps you check whether your piece is authentic or not.

How to Clean Mother of Pearl

Cleaning the mother of pearl is something to be done with finesse and a gentle hand. It will scratch easily if not handled properly. To clean the mother of pearl, simply wipe it with a soft cloth or microfiber jewelry cleaning cloth, this can be done slightly damp or dry. Don’t use soap or water to clean your Mother of Pearl, as it is best to not get it too wet. The chemicals in most soaps will likely be too harsh for your shimmering piece too.

To store or transport your mother of pearl, it should be wrapped in a soft cloth, then placed in a silk or soft cotton bag. This will keep it safe and in the best possible condition.