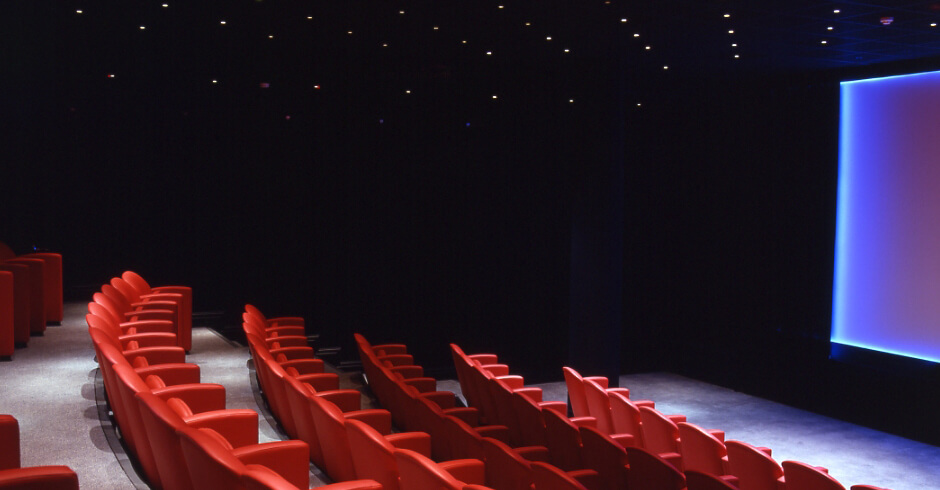 Not so long ago, a trip to the cinema was an occasion; a day out to the ‘picture palace’ with luxurious seating and waiter service. Nowadays it’s more about sticky floors, inflated prices and loud munching on popcorn. It doesn’t have to be this way, however. That’s why we’ve put together a collection of the most luxurious cinemas in London.

With a long history of showing the finest arthouse films, the original Curzon cinema, in Mayfair, features one of the largest screens in the UK and two royal boxes.

The first ever age restriction on film in the UK is believed to have come as a result of the cinema. They began importing foreign language films, including Max Ophuls’ adaptation of the French 19th century play La Ronde. The X certificate was reactively introduced so that only those over the age of 16 could watch the film.
curzoncinemas.com

Electric Cinema’s wonderful bar menu means that packets of M&Ms are, thankfully, out of sight. In its stead are options as wide ranging as steak frites with bearnaise or crispy duck leg with lentils. For the sweeter toothed, their ‘retro candy mix’ is worth a try.

Leather seating comes with footstalls for the utmost luxury, though those looking for an extra offering of splendour may be tempted to opt for the two seater sofas at the rear of the screen.
electriccinema.co.uk 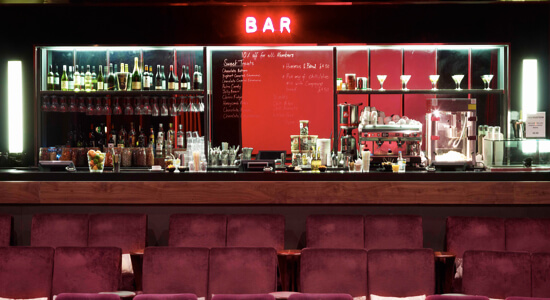 The in-screen bar at Screen on the Green

Dedicated to the late Sir Richard Attenborough, the Bulgari Hotel Cinema is surely the most elegant on this list. There may be only one screen, but the 47-seat private room includes stunning leather chairs and designer walls.

They’ve invested in the most advanced HD sound and vision, while the cinema curates a library of films from which guests can choose. This is made up of classic and modern movies, selected by Lord David Puttnam, the hotel’s chairman.
bulgarihotels.com

2. Everyman Screen on the Green, Islington

Everyman operate a number of cinemas across Britain, seemingly on a mission to fight back against the Cineworld disease that has stricken movie-goers over the past decade. Each of their locations offers a touch of luxury, though none moreso than Screen on the Green in Islington.

The venue opened its doors more than a century ago, yet the screens retain their charm. The addition of plush sofas didn’t harm the sense of luxury, while the return of waiter service offers a unique touch of class. Furthermore, there was widespread glee when Everyman took the decision to ban the munching of popcorn in their screens – to be replaced by more refined bar snacks.
everymancinema.com 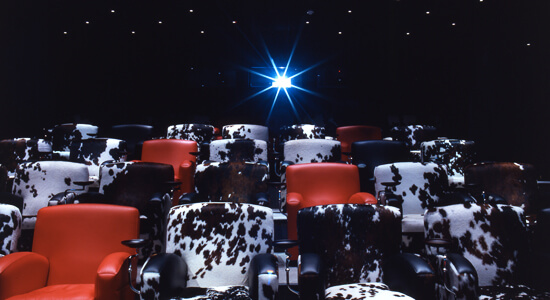 Probably the plushest of all London’s cinemas, the five-star Soho Hotel includes two luxury screening rooms where movie-goers can enjoy classic and new film in true style. The attention to detail in design makes this the most luxurious cinema in London, with the leading Italian furniture creators, Poltona, responsible for the red leather and cowhide seats.

Every Sunday the ‘Weekend Film Club’ showcases a chosen film in one of their state-of-the-art theatres. Guests are also able to enjoy a meal in the hotel’s wonderful restaurant, Refuel.

Discover a Luxurious Cinema Experience at the Soho Hotel

What do you think of the most luxurious cinemas in London?