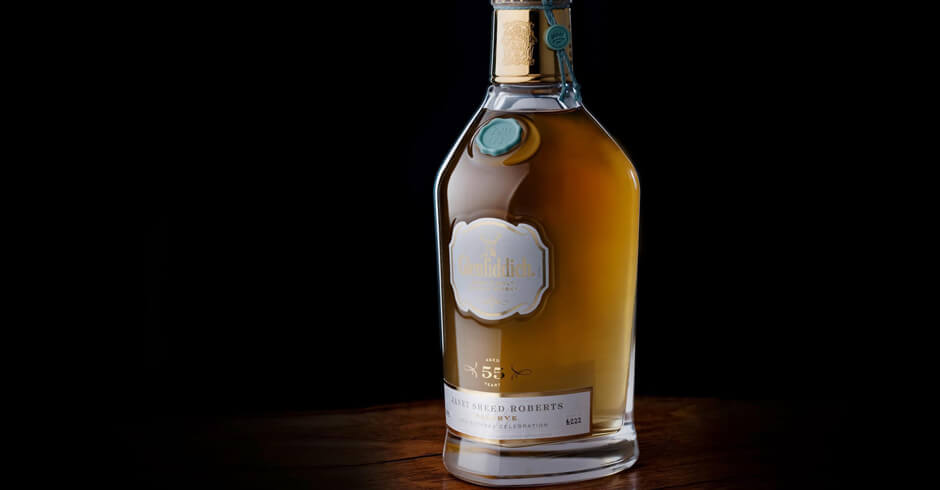 Glenfiddich’s 55 year old is most famous for its distinct vanilla edged flavour. It resided in a cold, dark warehouse for 56 years before being bottled in 2011. With only 15 bottles made, the pale whisky immediately became a highly sought after collector’s item.

The bottle was named after Glenfiddich resident Janet Sheed Roberts, who had lived in the area from when the cask was filled, in 1955, all the way until it was bottled – when she was at the ripe age of 109. Four of the 15 bottles were retained by Roberts’ family, while the other 11 went to sale. 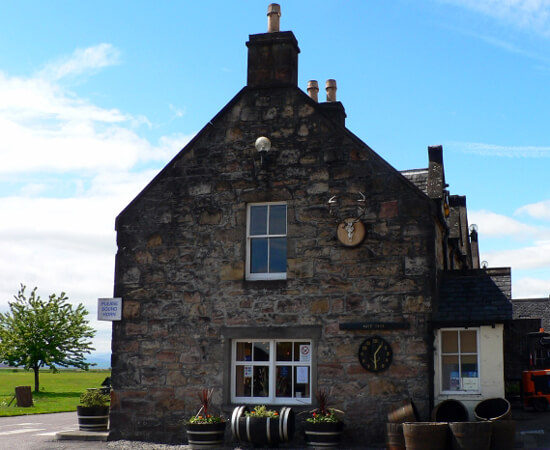 As the name suggests, only three of these were ever made, in special crystal decanters with stirling silver embellishments. This was the first whisky to sell for six figures.

Rare stocks from Dalmore were combined in each bottle, containing spirits dating from 1868, 1878, 1926 and 1939. Only the most outstanding single malts are known to have been aged for more than 50 years, which puts the quality of the Dalmore 64 Trinitas into context.

It is said that tasting notes from the malt whisky include sweet raisins, rich Colombian coffee and crushed walnuts. 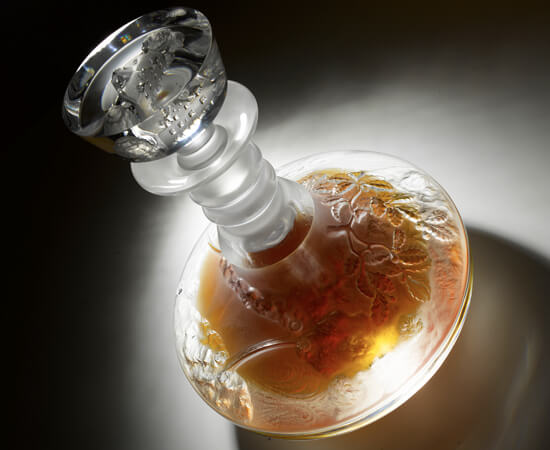 The 64 year old Macallan in lalique / Image: The Macallan

Designed in a stunning Lalique crystal decanter, the 64 year old Macallan was created in order to celebrate the 150th anniversary of the birth of René Lalique, the founder of the French crystal artisans.

The design of the bottle used the ‘lost wax’ procedure, creating a one-off piece of art. Meanwhile, the whisky was taken from three sherry-seasoned Spanish oak casks — the ﬁrst was ﬁlled in 1942, the second in 1945, and the third in 1946.

The unique methods by which The Macallan mature their whisky in the cask also contributes to the allure. The Macallan’s Ken Grier says that “60% of the flavour of a single malt whisky comes from the quality of the cask it is matured in. The Macallan buys 95% of the sherry oak casks used in the Scotch whisky industry and pays anything up to 10 times the price of the bourbon casks that others use.” 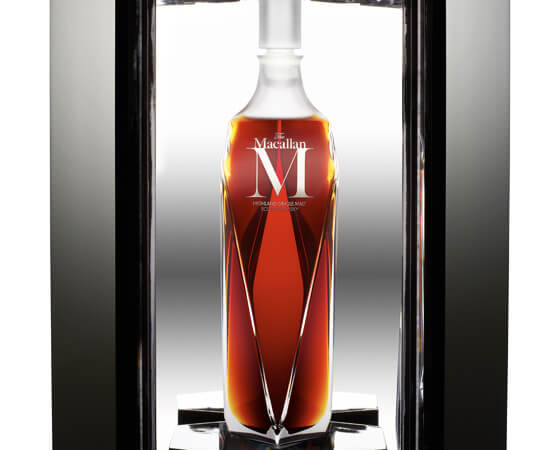 Coming in a 16.8kg crystal decanter, also designed by Lalique, it was filled with rare The Macallan ‘M’ whisky and sold for $628,205 at a Sotheby’s auction in Hong Kong.

The sale exceeded all expectations, though it is not difficult to see why the bottling was so sought-after.

The 6 litre crystal decanter was hand-crafted by experts at Lalique, with 40 of them destroyed due to perceived imperfections. The final version was made by 17 craftsmen over a period of more than 50 hours.

What was inside the bottle played rather a large part too. The resident whisky master at The Macallan’s Scotland distillery spent two years finding the finest seven casks, from over 200,000 choices, to be blended in order to create ‘M’.

The seven rare casks selected ranged from 25 to 75 years in age. The scotch whisky was matured in the same unique method, with sherry seasoned oak casks, that provide The Macallan’s unique allure.

If that’s whetted your appetite for rare collectable whiskies, why not join a Keeper of the Quaich to taste some of the best old and rare whiskies?