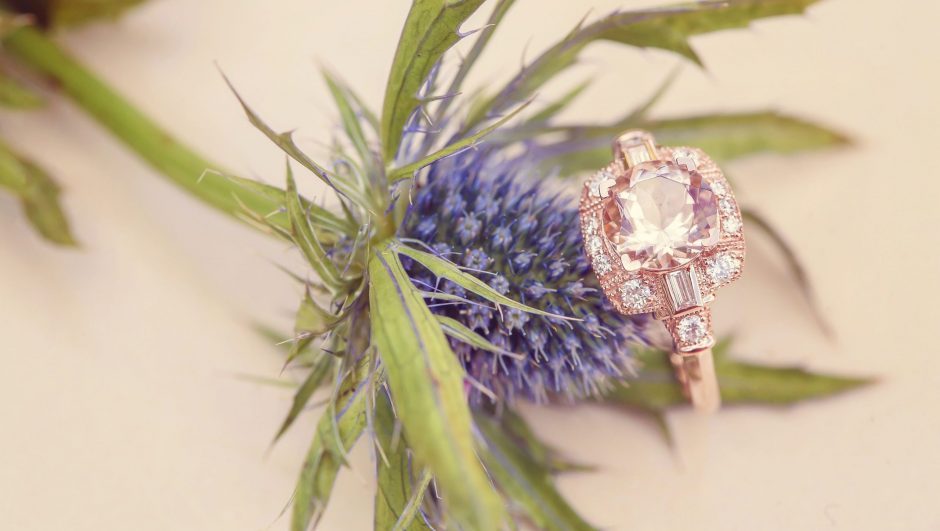 Morganite has become increasingly popular over the past few years. We’re now seeing this stunning stone in everything from dazzling rings to sublime necklaces.

Simply put, morganite is the pinkish-orange (almost salmon) variety of beryl, which is a mineral that includes the likes of emerald and aquamarine.

This pink gemstone’s subtle color comes from traces of manganese. Morganite typically ranges from pink to orange-pink in color, but these colors are very subtle in naturally-occurring stones. Strong coloring is incredibly rare, but if found, the gems are usually quite large and display the finest colors.

In terms of durability, morganite is relatively hard, but not indestructible. The gemstone is hard enough to resist moderate wear, but will not be able to withstand the kind of carelessness that could result from it falling. Morganite is not nearly as strong as diamonds, and as a result, costs roughly ten times less.

The History Of The Morganite Stone

The very first morganite stone was discovered in Madagascar in 1910. George Kunz, the lead American gemologist at Tiffany & Co., proposed naming this new rose-colored variety of beryl after his friend and customer, J.P. Morgan, during a meeting of the New York Academy of Sciences.

Kunz felt that the homage would be fitting for the man who provided a great deal of financial support for the arts and sciences. Furthermore, the great financier was well known for gifting natural gemstones to the American Museum of History in Nork York and the Museum of Natural History in Paris. At the time J.P. Morgan was one of the most important jewelry collectors of the early 1900s.

Kunz saw that one of morganite’s most interesting properties was the fact that it boasts an intense red fluorescence when exposed to X-rays but had no phosphorescence whatsoever when the source of the X-ray was turned off.

On 7 October 1989, one of the largest specimens of morganite was uncovered in the Bennet Quarry in Buckfield, Maine. It had an almost orange hue and measured roughly 23 centimetres in length and 30 centimetres in width. The crystal weighed an impressive 50 pounds and is known as ‘The Rose of Maine’.

What Is Morganite Worth?

The price of morganite may vary somewhat but in general, the stone costs approximately one tenth of what a diamond would by weight. Morganite stones that are medium light to medium pink in color, with custom cuts, are the most valuable of all. The lighter the stone and the more inclusions, the less valuable it is.

Morganite frequently occurs in larger crystals, meaning that there is no exponential increase in the price of the stone and its size. On the other hand, smaller morganite stones that show good color can be more valuable than larger ones.

Due to its soft pink hue, morganite is often associated with a sense of innocence, sweetness, love and romance. The stone is connected to the heart, and is attuned to the heart chakra.

Around the world, morganite is also symbolic of compassion, healing and promise. 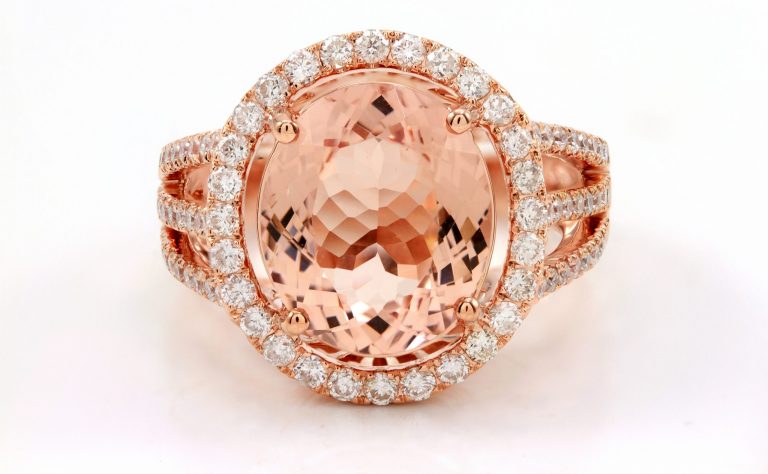 In recent years, morganite has grown incredibly popular for a number of reasons, one of the main ones being the fact that the stone is gently colored. As a result, it’s a neutral shade. This makes it perfect for use in jewelry.

Aquamarine Stone: Meaning, Properties and Value of the Blue Gemstone

Morganite is also becoming increasingly popular in engagement rings, as it dazzles just as well next to a diamond as any other precious stone would. The soft pink hues do well when set in dainty pieces of jewelry as they amplify the sparkle of the stones around it. In fact, with its beautiful blush tones, morganite is not only complementing diamonds, in some cases, it’s replacing them!

What To Look For In Morganite Jewelry

When shopping for morganite jewelry, there are a few factors to keep in mind:

The most valuable morganite colors are strong pinks, which are often the result of heat treatment. The darker the color, the more valuable the stone. Morganite is almost always heat treated, which tends to eliminate any orange or yellow tinges. Heat treatment on morganite stones is not detectable, resulting in stable coloring.

The shape of a morganite gem has minimal effect on its beauty and as a result, morganite is one of the most popular gemstones used for unique cuts and carvings.

Morganite is very affordable, even in larger stones. The stone is often cut in calibrated sizes to fit common jewelry mountings.

How To Clean Morganite

As sparkly and as beautiful as morganite is, like most other beautiful gemstones, it can get cloudy and will need a good clean from time to time.

Aquamarine Stone: Meaning, Properties and Value of the Blue Gemstone

Cleaning morganite is a simple process that you can do at home – all you need is some warm water, a mild dish soap and a soft toothbrush. Try to avoid any temperature extremes or hard polishing as morganite can be sensitive to either. 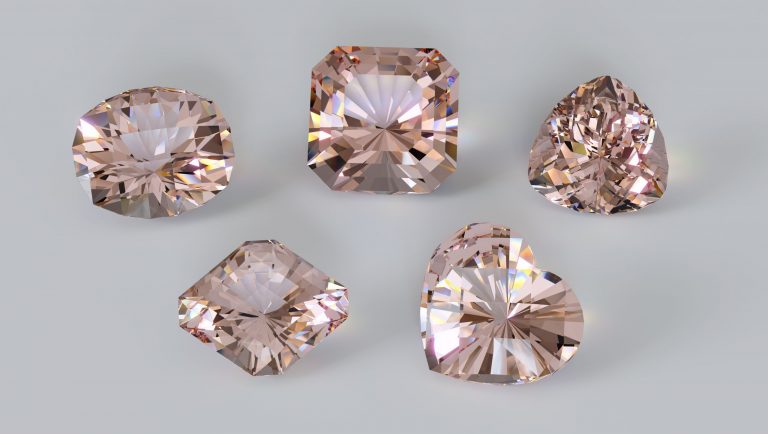 Plenty of modern-day gemologists agree that morganite makes an excellent alternative to diamonds. For one, this stone is a lot more affordable than a diamond but no less dazzling. However, morganite is not as durable as diamonds, so while the stone may look just as good in a piece of jewelry, it might not last as long. However, if treated with care, a morganite ring or pendant could last a lifetime.

Morganite has been compared to the likes of pink diamonds and provides just as much of a sparkle to a set of earrings, a ring, bracelet or necklace.

All in all, the stone is a wonderful alternative to diamonds but at a much lower price range. This makes beautiful, good quality morganite jewelry more accessible to everyone.