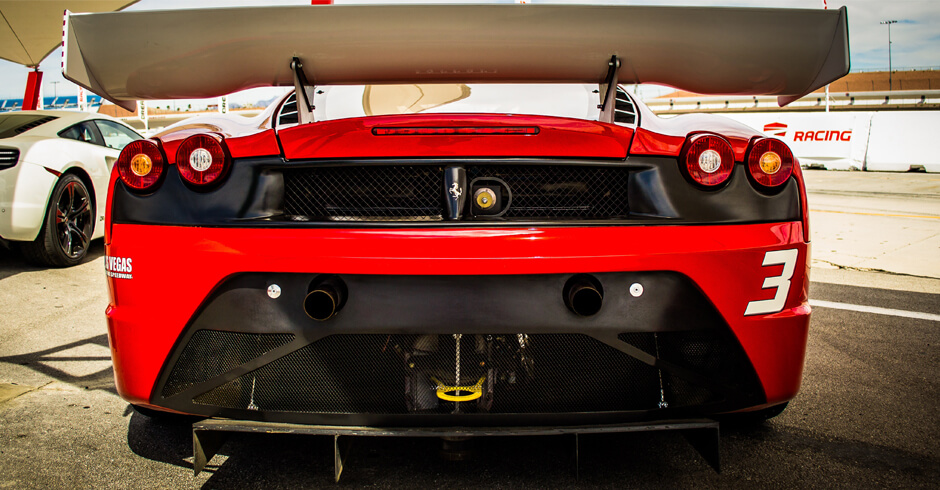 Do not mistake this battle with the rational reliability of the American Ford, or the safety and comfort of the German Audi. The A to B cars of the economy class were in no way ever intended to send a chill down your spine, warm the cockles of your heart, or lengthen your smile in windswept and appy-cheeked jubilation. It was meant to get you from point A to point B as quickly, safely, and comfortably as possible; and that’s fine. The real war, however, rages with the vehicle that has caused controversy among owners, critics and fans alike — the supercar. 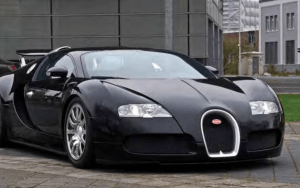 The argument goes that most cars today are convenient, comfortable and strikingly fast, but also remote, and not very alive until they reach license-losing speeds. More and more buyers are shunning modern supercars in favour of old relics. The classic car is making a revival of considerable vigour.

You can’t begin to discuss supercars without considering Porsche, and more specifically, Porsche’s 356. A legendary machine, the grandfather of motoring and Porsche’s first production car. Porsche was a small outfit at the time of the 356’s production, an infant compared with already established Mercedes; with whom Ferdinand Porsche separated from to begin his own venture. In its debut year of 1948, less than one 356 a day was produced. As such, Porsche released the 356’s on a small scale, and since Porsche was also a racing manufacturer, the beautiful, charming and curvaceous 356 was also a rough and ready plaything. The 356 was deemed a ‘posh Beetle’, due to its borrowing of VW’s rear-mounted, four-cylinder, air-cooled engine and rear-wheel drive formula. But- an important ‘but’- VW’s 25 bhp engine was bored- fitted with larger valves and a higher-compression cylinder, creating what was perhaps Porsche’s defining legacy. The 356 could race. Its mountain-pass test drives set it in good stead, constantly improving handling and responsiveness, catapulting the humble Porsche 356 into ‘drivers car’ status. 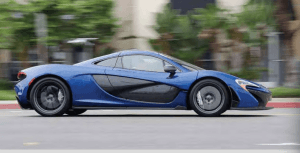 There does exist, though, a trodden line where supercars of the past and present meet. Enter The Morgan Motor Company. First established in 1909 with the invention of its racing three-wheeler, Morgan’s first four- wheeled vehicle was created in 1939, and ever since, the fervent British institution has become a symbol of charismatic motoring; dedicated to craftsmanship and thoroughbred performance. The iconic Morgan Classic’ range first came to into fruition in 1972. The Plus 8 is Morgan’s original, alongside the 4/4. Equipped with a Rover’s mighty V8 engine, and its meaty, yet lightweight and hotrodesque chassis, it feels more charming than anything from the same era. The classic ‘30s vibe mated with the power and pace of something more modern, a rapid acceleration and exciting handling, Morgan is known for its endless endeavour for ‘more’. This drive kick-started a power hike that has progressed into the 21st century, with the introduction of the Aero 8, and has revolutionised the British specialist industry.

Showcase Cars: All About the Morgan Plus 4 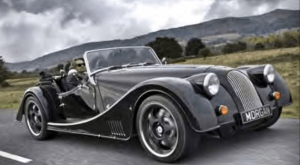 Whilst we’re talking about the evolution of the supercar, we need to mention the Lamborghini Miura; the forefather of the modern supercar. ‘Miura’ is Spanish for ‘raging bull’, but the Miura was much more than this. Unlike other grunting supercars on this list, the Miura is a tribute to femininity and is as intoxicating as the Madonna. More than ideal engineering and outstanding performance, it was enchantingly exotic. It started the tradition of V12, mid-engine Lamborghinis, that churned out 430bhp, producing a rubber-burning 181mph flat-out. Alongside the heavy clutch, blocked rear vision and the steering prowess of a Boeing 747 on the runway, the Miura was inclined to throw its driver off impending canyons if they weren’t the most talented Schumacher. But to the purists, that adds a charm not often found today. Lamborghini set out to out-Ferrari Ferrari and in fact created the fastest and most engaging driving experience to date. 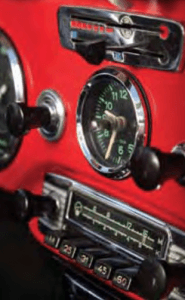 These modern contraptions can be purchased regardless of driving skill, mechanical inclination or even an interest in cars; economy or super. You can hear the screams of every classic supercar ‘aficionado’ as they melt into a shrieking, angry puddle like the Wicked Witch of the West at the sight of an oncoming Lamborghini Veneno. Yet, they really are striking. Some beautiful and elegant as a rearing stallion, others fuelling the excitement only felt by the sound of a roaring engine. The fact they were designed to sound mechanical is part of their appeal, the technical ambitions of their creators makes every car- loving fibre in the body feel energised and optimistic.

The Bugatti Veyron wowed the world when it was first released in 2005, becoming the most sought after, most powerful and — at 1.25 million — the most expensive car on the market. 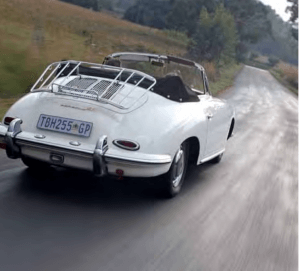 Throughout its tenure, no car has captured the imagination of the people like the Veyron; it redefined the supercar. Founded by Etoirre Bugatti in 1909, the company produced extraordinary pre- war masterpieces; the Type 41 Royale and Type 57 Atlantic. Unfortunately, World War II devastated the company, and it stopped building cars in 1952. Soldiering on, Volkswagen eventually bought the company in 1998 in a fitting and ambitious plan to launch its halo supercar. 17 years later — an eternity in the motoring world — the Veyron is still hailed as the greatest performance car ever built. The Bugatti feels like a supercar should; loud, brash and yet serenely comfortable, with just enough vulnerability as appropriate at the wheel. Hitting 0-60 mph in 2.4 seconds, and costing a somehow insanely justifiable $2.2 million, the newest Veyron SS records a whopping 258mph in in less than a minute, taking the crown as the fastest production car on planet earth.

The Wiesmann MF is a glorious symbiosis of power and design. The German-made GT MF5 is inspired by the British racing revolution with its Austin Healey-esque styling. The Wiesmann does 0-60mph in 3.5 seconds and just under 200mph at-out, all in a car that weighs less than 1,500kg, giving it the exhilarating acceleration dynamics of a boisterous, early-era F1. The seven- speed, paddle-shifting gearbox, ABS and DSC make for a high-tech ride, while the all-leather interior makes for a luxurious Bond villain-style aesthetic that would suit Max Zorin to a tee. However, it doesn’t entirely suit a playboy price tag and at £150,000, it’s one of the most powerful, best performing and cheapest supercars on the market. 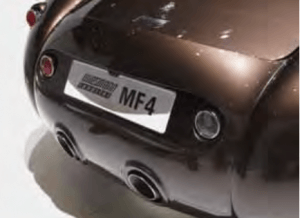 The McLaren P1 is incredible, it transcends supercar. Considered perhaps the world’s best, it looks, sounds, and drives like the future of motoring. Sub-seven minutes. That’s how long it takes this car to get round the Nurburgring. Only surpassed by the Radical SR8 LM, which quite frankly barely passes as an oversized go-kart with its 690bhp per tonne power to weight ratio, the P1 does it with elegance and prowess, while sounding like an F-16 Fighter Jet. The 727bhp, twin-turbo V8 is backed up with a 176bhp electric motor in order to make the transition of engine power to road performance sleeker, which you’ll have figured out makes it a hybrid. A hybrid that costs just shy of £1 million. Regardless, the McLaren P1 is built to do battle in almost all fields, and wins.

Vintage models may be something a little different, a little more rewarding, and a little more romantic than anything a modern car showroom can offer, however it is progress that gave us some of the greatest supercars of all time. Modern supercars are evolving.Don’t fear the change.