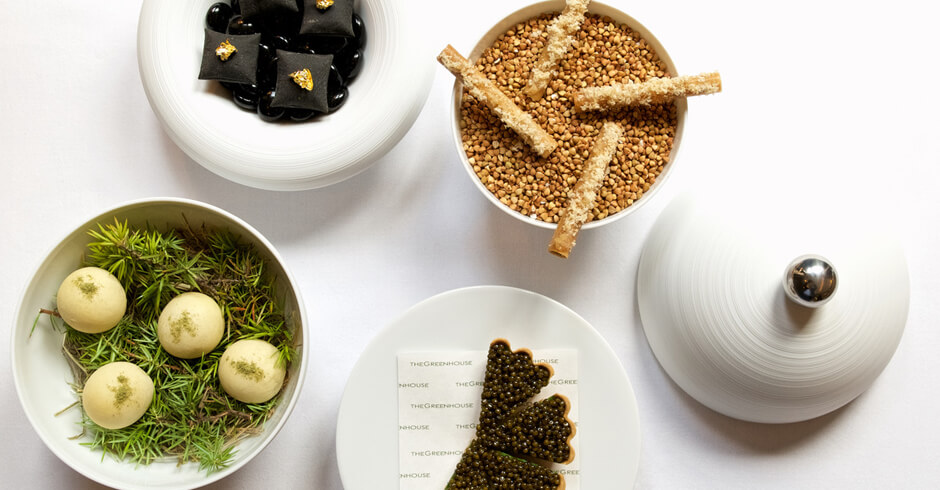 New York City is no stranger to seafood or Michelin Stars. The hustle and bustle of one of the world’s most impressively populated cities led New Yorkers and tourists to forget that NYC is a portside town, and has access to some incredibly fresh seafood. The city’s huge wealth, status and an array of culture and diversity – in addition to being home to some of the best Michelin star chefs in the world, has resulted in New York having an extremely high restaurant standard – making it the 5th most Michelin Starred city in the world.

Le Bernadin has become a world-famous iconic dining experience and has made history when it first opened in Paris in 1972, and then in New York in 1986. Founded by Maguy Le Coze – who was no stranger to the quintessential essence of fine dining that heroes the beauty of the French seaside with her Michelin star restaurant in Paris – she then decided to expand to New York, and made waves as one of the best of the best.

Le Bernadin has a plethora of accolades under its belt. They received a four-star review by the New York Times just three months after opening, earned the James Beard award in 2012 for “Best Restaurant Design”, and another one in 2013 for “Outstanding Restauranter” and finally, received the top rating from Michelin in 2005 – the same year Michelin debuted for the first time in America.

The dress code is always formal, and ties are preferable for men. With its high accolades comes a steep price, you’re looking at $295 per person for the chef’s tasting menu – which would be the most immersive experience. It’s certainly something to aspire to, and those who are lucky enough to experience one of the world’s best restaurants always say it’s worth the price for a dining experience incomparable to anything you’ve had before.

It’s obvious that the menu heroes seafood, and can be subject to change to ensure the clients are getting a premium quality of seafood. The chef’s menu has items that you’d rarely come across – such as tuna paired with foie gras, smoked sea trout tartar with vodka creme fraiche and the “seafood medley” consisting of rare seafood delicacies like uni, geoduck, razor clam and langoustine.

Masa, in comparison to La Bernadin, follows the same formal principles and standards, yet transports you to an authentically Japanese haven. Masa believes simplicity is an art, and while some fine dining restaurants opt for extravagance and ambience, Masa stays true to the Japanese essence and a minimalist way of life – that provides an ethereal tranquillity to the diner’s experience.

The decor, like the ingredients, is treated with the utmost respect. You’ll be seated at a traditional style sushi counter, made of Hinoki (Japanese Cyprus) – which is sanded daily to provide a soft porous feel and look, that is satisfyingly smooth to the touch and brings in the subtle beauty of nature – igniting a sense of calm and contentment.

You’ll be sharing the intimate space with your fellow diners, the chef, and a large forsythia tree. The website explicitly asks diners to be mindful of the amount of cologne or perfume they wear, so as not the disrupt the senses of others (or yourself). They offer an Omakase dining style, which is subject to change. You’re guaranteed to experience sushi as you’ve never experienced before – as Chef Masayoshi Takayama is a master of his craft.

The Chef’s signature dish has to be the glass coupe of minced toro topped with a generous amount of Osetra caviar. The rest of the Omakase will consist of experimental yet traditional sushi and sashimi styles and techniques that you’ve probably never seen or heard of – resulting in the flavours taking you on a ceremonial tour of Japan’s past, present and future. All this will put you out $750, which sounds extravagant, but many have left spellbound and eager to go again, despite the steep cost.

New York City is a home from home for Italian cuisine. You’ll find 1st generation Italians all over the city, bringing back the secrets and authenticity of homestyle Italian cooking. Marea on Central Park South isn’t your average Italian pizza and pasta, they’ve taken the world’s most loved cuisine and turned it into a premium seafood dining experience – introducing a new understanding of Italian cooking.

Their accolades include one Michelin star, a James Beard Award, three stars from the New York Times, and the title of Best New Restaurant by Esquire, Bon Appetit and GQ magazine. The flavours of the menu are all about coastal Italy – you’ll see Antipasti with grilled black cod paired with apple celery and beet or the classic grilled octopus with smoked potato, radish and chilli. It’s all comfort flavours off the coast of Italy with a fine-dining twist.

Caviar Russe is just off 5th avenue, where you’ll be buzzed into a building, led up a few flights of stairs, and enter into an extravagantly decorated and romantic restaurant. The walls are decorated with murals that tell stories of otherworldly enchantment and wonder from the depths of the ocean. This spot has also been named by Michelin as one of the most romantic eateries in New York, not just for the luxurious food but also for the eclectic charm of the decor.

Osetra caviar is a big component of many of the dishes. Alongside citrus lobster, uni with sweet and sour sauce, or the must-try “Grand Seafood Fantasy” – which is a generous pile of oysters, lobster, shrimp, king crab, tuna and hamachi.

If you’re lucky enough to experience any one of these heavenly seafood Michelin star restaurants NYC has to offer, you’ll be taken aback by how much attention to detail they all have. Be warned though, it’ll be hard to stay away!