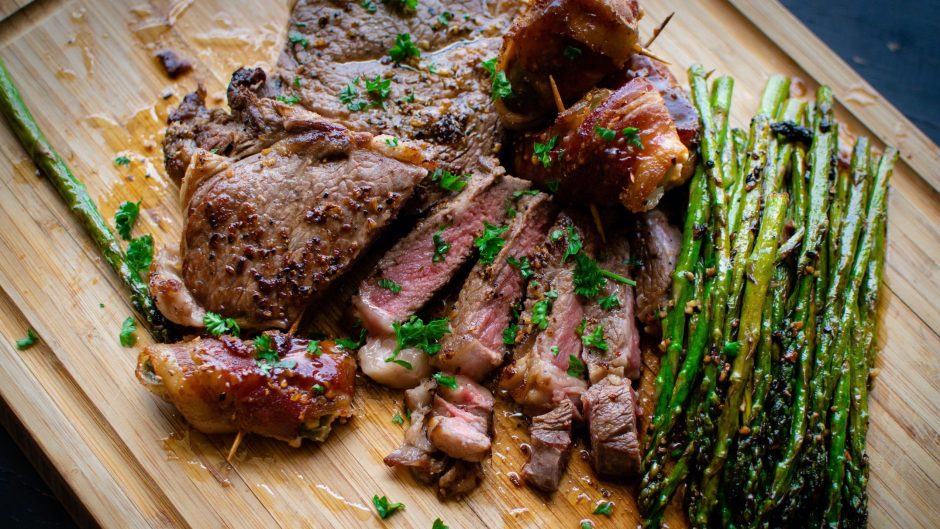 New York is without a doubt the most famous city in the world, and Brooklyn is its up and coming crown jewel. As it continues to grow in popularity, numerous Michelin Star restaurants in Brooklyn have popped up, much to the delight of the Big Apple’s avid foodies. If you’ve been hungry for some of the city’s best Michelin starred cuisine, look no further! We have compiled this handy list of fantastic, critically acclaimed restaurants for you to choose from.

Aska, which is taken from the Swedish word for ‘ashes’, first opened its doors in 2012. At the time, Michelin Star Chef Fredrik Berselius had spent most of his culinary career in New York City. During this first rendition of the eatery, he garnered critical acclaim for bridging his Swedish culinary upbringing with the magic of Brooklyn. Within its first year of opening, Aska was awarded its first star, and to this day, Aska remains one of the top Michelin Star restaurants in Brooklyn.

In the summer of 2016, Aska reopened, and this time came back bigger and even better. The restaurant now boasts a garden, dining room and cellar bar, and is housed in a restored warehouse that dates back to the 1860s. Within a few months of reopening on the edge of the Williamsburg Bridge, Aska was awarded its second Michelin star, making it one of only 10 restaurants in the Big Apple to boast this accolade.

This Michelin Star restaurant in Brooklyn, aptly named Meadowsweet, is the brainchild of Polo Dobkin and Stephanie Lempert, a husband and wife duo who source all of their vegetables from their farm of the same name located in Upstate New York. Meadowsweet serves up traditional American fare such as St Louis ribs, coated thick with bourbon barbecue sauce and deboned, stuffed chicken served with steamed potato dumplings and escarole.

Dobkin is the Head Chef at the establishment, which has been open since 2014. While he works hard in the kitchen, Lempert works equally hard at the helm of the restaurant’s beverage operations.

Blanca is one of the most exclusive Michelin Star restaurants Brooklyn has to offer. If you’re lucky enough to get a seat at Blanca, you’ll be dining at one of Bushwick’s finest establishments. Tables at Blanca are limited as there are just 12 seats, and each one is in high demand, but well worth the wait. The food at this restaurant is inspired by cuisine across the world, and the friendly service completes this unforgettable experience.

The multi-course meals prepared by Chef Carlo Mirarchi are nothing short of theatrical. Even the simplest of dishes pack a ton of flavour, and each course is plated to perfection. The menus at Blanca are only presented at the end of each meal and highlight simple ingredients like Pink Lady apples, foie gras, beet mole and roasted duck.

Oxomoco has an easy-breezy vibe that perfectly matches the phenomenal Mexican food it serves. This Michelin Star restaurant in Brooklyn’s dining room is warm and welcoming and feels just like a resort. It features a giant skylight, a long bar and an outdoor patio.

Now let’s get to the food. At Oxomoco, the tacos are the main attraction. They’re piled high with fillings like soft-shell crab and the most tender flank steak imaginable. While the tacos are incomparable, the team in the kitchen also honours a myriad of Mexican regions and perfectly balances fresh, vibrant flavours through the finest ingredients available. Other incredible options on the menu include hamachi agua chile and the fried, brined and smoked ‘giant chicken’.

As for dessert, expect flavourful creativity in dishes like hoja santa curd with raspberry granita, roasted strawberries and spicy olive oil. The carrot cake is also otherworldly and is garnished with burnt cinnamon.

Peter Luger Steakhouse is one of the oldest Brooklyn Michelin Star restaurants. It was opened in 1887, and at the time, was called “Carl Luger’s Cafe, Billiards and Bowling Alley.” Peter Luger owned the business, while his nephew, Carl, oversaw the kitchen’s operations. A regular named Sol Forman is said to have eaten two steaks every day. After Peter Luger’s death, the restaurant fell into disrepair and Forman was able to purchase it at auction. He restored the restaurant to its former glory and since 1984, has been the top steakhouse in New York.

The steak at this joint is absolutely superb and aged in-house. It’s cooked to your liking and served with a choice of sides, which include fried potatoes, heavenly creamed spinach and fresh broccoli. To end off your meal, Peter Luger’s has a choice of apple strudel, cheesecake, and pecan pie, to name a few. All desserts are served with a heaped pile of Schlag, which is an in-house whipped cream speciality.

There are very few restaurants in the world with views as beautiful and as iconic as The River Cafe. This eatery is perched perfectly beneath the Brooklyn Bridge and has huge windows giving diners unrivalled sights of Manhattan’s skyline and the Statue of Liberty. Open since 1977, The River Cafe is renowned as being a global culinary destination.

When dining at The River Cafe, be sure to order the poached lobster, strip steak, foie gras terrine and duchess potatoes served with lashings of bone marrow. The dessert menu features items like goat’s cheese cheesecake, and the extensive wine list is one of the most comprehensive in the world.