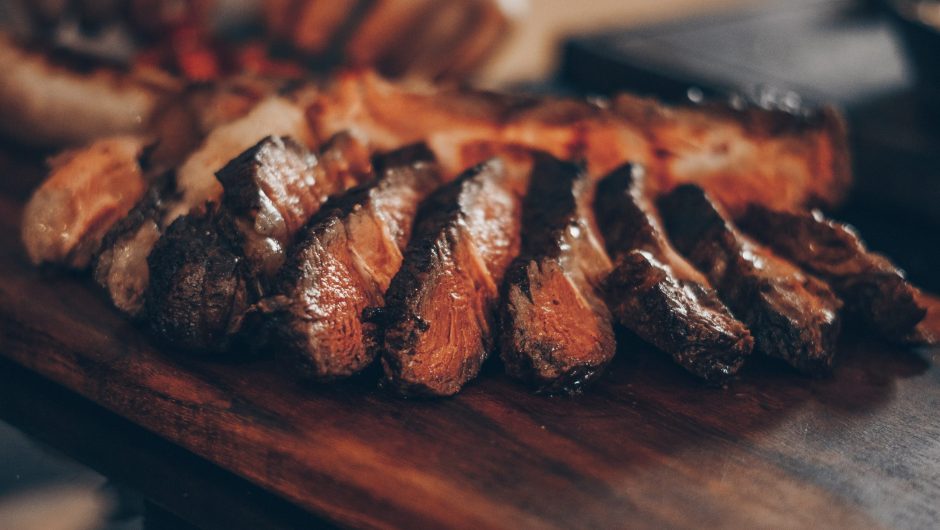 New York City has become the place to be when on the hunt for some authentic yet refined Mexican cuisine – as it is now home to three Michelin starred Mexican restaurants. Mexican cuisine is known for its bold flavours and spice-forward cooking, which has become immensely popular among Americans.

Mexican food has made a name for itself by being a family-style, hearty and generous cuisine – and is often not associated with the refinement seen in the usual “fine-dining” Michelin star-rated restaurants. However, the last decade has seen some extraordinary chefs experimenting with the Mexican flavours we know and love – and turning them into dishes that are light, elegant and worthy of a star.

Keen to find out more about the Michelin star Mexican restaurants NYC has to offer? Let’s dive in!

Oxomoco made headlines when it earned Greenpoint its first Michelin star. Joined by two others, Oxomoco is paving the way for fine-dining Mexican cuisine. They’ve stayed true to traditional Mexican flavours and techniques and have polished them to perfection. The interiors are relaxed and understated, transporting you to a coastal resort.

On the menu, you’ll find classics like lamb barbacoa but served with squash blossom, watercress and salsa – adding freshness to the rich dish. Don’t skip out on the simple starters like corn chips and salsa, as they use only the finest quality of heirloom corn adding flavour profiles beyond any regular corn chip. You can’t leave a Mexican restaurant without trying their house tequila cocktails. Oxomoco does a guava margarita that’ll quench your thirst and add a refreshing buzz to your tropical-style meal.

Claro is also a new contender in the Michelin star guide, and finally earned its well-deserved star in 2015. The atmosphere is more relaxed than you’ll find at other Michelin star restaurants, but the customers aren’t complaining. Claro has a breezy courtyard at the back where they serve refreshing Mezcal focused cocktails from their extensive menu.

Claro boasts a wood fire oven where they prepare traditional classics like barbacoa, and there’s only so much of this popular dish to go around. Fans will come extra early to get their serving of the tender, juicy meat served with consumé, fresh tacos and drizzled with spicy green salsa – simple yet mouth-wateringly delicious. For mains, the green mole on black sea bass served with broccoli and watercress is a crowd-pleaser, finishing with cherry hibiscus rice pudding – it’s hard not to be beaming with satisfaction by the end of your meal.

Casa Enrique made history when it became the first Mexican Restaurant in New York City to be awarded a Michelin star back in 2014. They certainly paved the way for fellow Mexican restauranteurs who now know that Mexican cuisine can stay true to its bold flavours and home-style cooking methods while earning a spot on the world’s most respected critic board.

The adorable storefront in Long Island may look like a casual spot to enjoy some hearty Mexican food, but you’ll leave pleasantly surprised when you taste the flavours developed by chef Cosme Aguilar. Many come to indulge in their incredible and unique brunches that feature dishes like warm and spicy honeycomb tripe in ancho chilli soup, or freshly baked Mexican bread served with seasonal fruits, molasses syrup, pumpkin seeds, and mint.

Mexican Restaurants in NYC that were Awarded The Bib Gourmand

The Bib Gourmand is only awarded to a select few restaurants that have not yet been awarded a star as a way of acknowledging their extraordinary efforts. These restaurants are ones to watch, as this often means that they might very well receive a star (or three) in the near future. Then they’ll join the list of Michelin star Mexican restaurants in NYC.

For All Things Good

For All Things Good is the latest spot taking Williamsburg and Bed Stuy by storm. Locals can’t get enough of the trendy atmosphere, strong coffee, and seriously good food. They’ve been awarded the Bib Gourmand for their dedication to the art of making the perfect tortilla, made only with the freshest, most authentic heirloom corn grown on small and sustainable farms in Mexico.

They are also the proud purveyors of a natural Mexican wine selection, which they’ll pair with refined classics like chips and guac, black bean stuffed tetelas or one of their delectable tacos– which they’ll recommend a wine pairing for. For All Things Good has the right idea when it comes to hero-ing the corn in all of their dishes, as the flavour of Mexican corn is incomparable to anywhere else in the world.

You wouldn’t associate the generous style of Mexican food with “small plate” selections, but Atla has redefined everything you thought you knew about Mexican food with finesse. The cosmopolitan style eatery is well on its way to earning itself a star, as its innovative, stylish and elegant dishes are worth the accolade.

The food at Atla is all about highlighting the products of the season. A dish like Avocado Sopecitos uses the masa based disk as the perfect platform for two gorgeous ingredients: fresh avocado and pumpkin seed salsa. Dressed simply with lime, the flavours burst in your mouth. Roast chicken marinated to perfection served with herbaceous salad, salsa and lime is a great centrepiece for a group table – where everyone gets to decide what they’d like to pair it with.

A special mention has to go to Cosme, which many feel has been “robbed” of a Michelin star every year it hasn’t received one. A favourite among locals, Cosme was one of the first Mexican restaurants to really start taking Mexican cuisine to a new level.

There’s no doubt that Cosme is fine-dining at its best, with their tasting menu featuring small plates of dishes like octopus tostadas, wagyu beef huarache, and duck carnitas. Match these dishes with the elegantly stylish and luxurious dining experience and it’s no wonder people are confused as to why Cosme has yet to receive a star.

It’s motivating to see traditional cuisines like Mexican food receiving high achieving accolades, as it diversifies the outlook dinners may have. It also brings people to areas that haven’t been awarded or noticed in the past, and that can now welcome a new customer base to enjoy their brilliantly creative takes on iconic favourites.