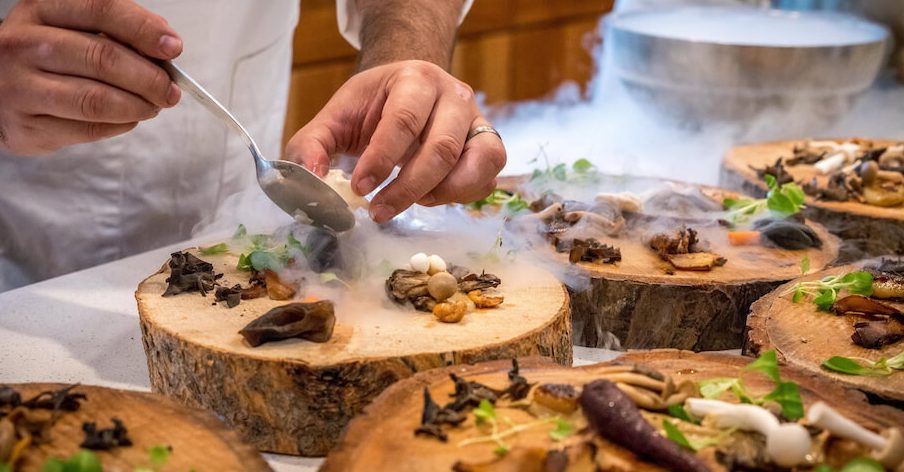 As far as upscale areas of London go, it doesn’t get any more luxury than Mayfair. Being the most expensive property square on the London Monopoly board, the district is renowned for its sky-high property price tags. But there’s another layer to this posh residential area that demands attention – its fine-dining restaurant scene.

When it comes to hunting for the top restaurants in London, no area in the capital boasts more shiny Michelin stars than Mayfair. Home to luxury hotels and elegant Georgian townhouses, the posh West End neighbourhood is highly-sought out from food critics and gourmands. It boasts 16 Michelin Star restaurants in total, two of which hold the highest status as a three Michelin-star restaurant. Impressive considering there are only three in the whole of London.

If you’re looking for internationally-acclaimed cuisine at some of the fanciest restaurants in the city, look no further. Here’s an up-to-date list of all the Mayfair restaurants with Michelin stars.

Alain Ducasse is one of the world’s most decorated chefs. His incomparable French cuisine has earned his London outpost at The Dorchester three Michelin stars. Although many of the much loved Ducasse delicacies are still evident on the menu, head chef Jean-Phillipe Blondet has put his own stamp of excellence on the menu.

Sourcing only the very best of British produce, every plate is a delight of visually striking colours paired with bold flavour combinations. The sauces here are an absolute sensation – be sure to smother everything in sight with the signature Rum Baba.

Situated in the quirky 18th-century townhouse of Mourad Mazouz and Pierre Gagnaire, Sketch Lecture Room and Library transports you to a joyous world of lavish decor, bold colours and even brighter cuisine. As you’re whisked up the stairs to the first floor you’ll feel the atmosphere in your soul; it’s palpable.

Take a seat in a plush armchair as you sit back, relax and enjoy the unfailingly attentive staff and innovative menu. Before you know it, your table will be stacked with an assortment of gourmet French and European dishes, each plate a composition of immaculate and generous flavour.

From personally tailored menus to artfully decorated interiors, Hélène Darroze at the Connaught is a classy expression of grace and craft. The menu features dishes grounded in seasonal produce carefully chosen by Hélène and of course, you.

Take a seat in one of London’s most elegant dining rooms as you are handed a solitaire board featuring 16 marbles. Each has the name of a single ingredient. Choose between 5 – 7 marbles and the corresponding courses will appear at your table heroeing your chosen ingredient. This beautiful focus on a single quality ingredient is unadulterated genius.

Dubbed “the ultimate fine-dining dream”, Le Gavroche continues to set new standards of cooking. Since opening in 1967 the experience of dining at Le Gavroche has become synonymous with timeless excellence. It was the first UK restaurant to be awarded three Michelin stars – a worthy achievement for chef Michel Roux Jr’s cuisine.

In an age of health-conscious eating, there is something wonderfully daring about Roux’s unapologetically extravagant French dishes. There is a gentle hum of satisfaction that fills the air in this haute cuisine establishment; go and immerse yourself in it. 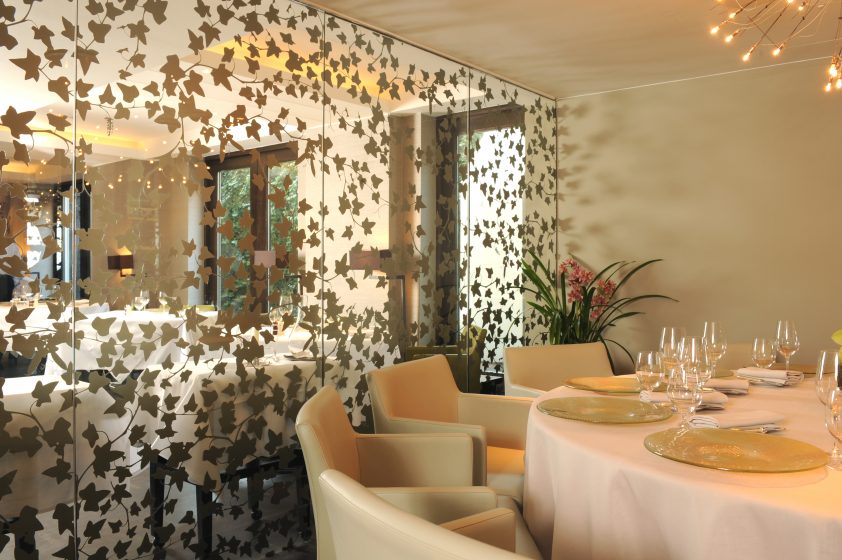 With a menu designed by the master of French gastronomy Chef Alex Dilling, The Greenhouse remains a pinnacle of excellence. It offers diners a serene experience, immersed in the tranquillity of plants and nature. You’ll approach the restaurant through the lush garden dotted with artworks from British sculptor Emily Young. Boasting equally earthy decor the restaurant continues to win the praise of food critics, gourmets and wine lovers. Since 2004, the restaurant has held onto its Michelin star status, a true sign of consistency.

Nestled in Burton Place, Umu prides itself on innovative Japanese cuisine created by renowned Chef Yoshinori Ishii. With over twenty years of cooking elegant dishes under his belt, Ishii is also a skilled fisherman, potter and calligrapher. You can see his eye for beauty in every dish, a sense of delicate attention to detail and artful expertise.

Umu speaks to Ishii’s elevated eye – he’s involved in every aspect from flower arranging to the ceramic tableware. The fish dishes are an absolute must, courtesy of Cornish and Scottish fishermen who have been taught the praised ikejime method of killing fish. Their quality speaks volumes.

Awarded a Michelin star within a year of opening, Hakkasan Mayfair immediately transports you from a humdrum street in London to something much more exotic. If you’re looking for more casual dining the ground floor area delivers an excellent lunchtime dim sum treat. If you’re after something truly remarkable though, stay for dinner. Make your way down to the lower floor where the energised atmosphere embodies Modern Cantonese cuisine. Sample the drama with every mouthful and toast with their imaginative cocktails. 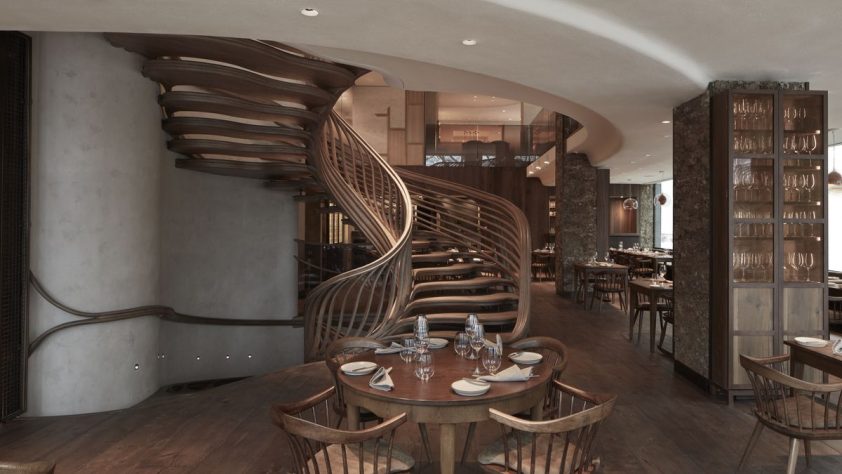 Set over three floors with breathtaking views across Green Park, Hide prides itself on serving a delicate balance between refined and relaxed. Without being pretentious or predictable, this restaurant collaboration between Hedonism Wines and Chef Ollie Dabbous offers a place for everyone and for every occasion. Styled to represent the branches of a tree, each floor flooded with natural daylight emulates a different shade of oak. Travel the levels as you sample dishes from root to leaf, featuring natural ingredients at their best.

Also see  Phil Howard talks to TRULY about Michelin guides, counter-revolutions and a bit about food

Brandishing the bold description of “liberated Chinese cooking”, Kai Mayfair has received numerous accolades. They’ve held their Michelin star since 2009 and have been named the highest-ranked Chinese restaurant by The Sunday Times. Both the head chef and owner are Malaysian and while their menu features a variety of dishes from various provinces, the ones from the southern region of Nanyang reach new heights of flavour and passion. With a bright mix of traditional dishes and innovative creations, Kai walks the tightrope beautifully. Aptly described as “little plates of loveliness”, their dim sum is truly something special.

Achieving its Michelin star within four months of opening, Angela Harnett’s Murano delivers honest food made with top quality ingredients. Known as one of the UK’s most loved chefs and restaurateurs, Harnett’s Italian-style cuisine strikes a magical balance between sophisticated and simple. In 2007 she was awarded an MBE for her services to the hospitality industry and a year later she opened Murano. Inspired by her childhood cooking alongside her aunts and grandmother, Murano’s dishes are seasonal and modern. The deliberately informal atmosphere transports you to straight to her family table, a skill that makes her worthy of her many accolades. Pull up a chair and dig in – it’s something quite remarkable.

Created by owners José Etura and Chef Nieves Barragan, Sabor takes you on a tour of Spain. Sabor, meaning ‘flavour’ in Spanish, could not be a more fitting name for the enticing establishment. Sample tapas from the bars of Andalucía followed by the seafood of Galicia and the asadors of Castile. Journey through Spain as you make your way through the dishes, each offering a new experience. From the bar to the upstairs El Asador you’ll enjoy authentic Spanish cooking at it’s best. You haven’t lived until you’ve sampled the Segovian suckling pig roasted in the specially built oven and the octopus cooked in massive copper pots. 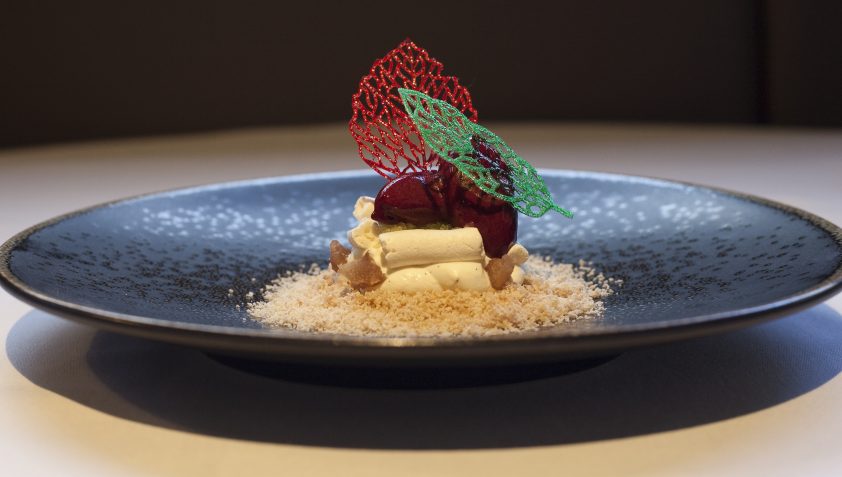 Serving up modern haute cuisine, The Square aims to provoke, surprise and delight with every mouthful. The kitchen is run by the creative French chef Clément Leroy. Known for his ability to celebrate the UK’s finest produce with a new level of artistic flair, Chef Clément has introduced an energetic, contemporary attitude to food that’s absolutely refreshing. Located in the heart of Mayfair’s food and art scene, The Square delivers sleek dining at it’s best. Coupled with the sweet delights from pastry chef Aya Tamura, Chef Clément’s wife, The Square’s menu packs the ultimate punch.

Also see  How Many Michelin Star Restaurants in London? The Full List for 2020

Set in the serene luxury of The Westbury Hotel, Alyn Williams brings his creative culinary exploits to life. Known for his attention to detail, Chef Alyn greets guests personally as they embark on a journey of engaging, humble and quietly confident cooking. With a menu displaying his intelligent understanding of balance and flavour, each dish promises to leave you speechless. Flanked by a wine list of over 600 varieties, Alyn Williams at The Westbury takes luxury to new heights.

Bearing authentic Maharajah decorations, Veeraswamy is London’s oldest Indian restaurant. Overlooking bustling Regent Street, Veeraswamy was established in 1926 by the great-grandson of an English General and an Indian Mughal princess. It’s an iconic institution of flavour and a symbol of vitality. Veeraswamy has stood the test of time, evolving over the years while consistently delivering opulent interiors, a glamorous ambience and a sophisticated menu to match. It’s a culinary landmark delivering some of London’s finest Indian cuisine year after year. 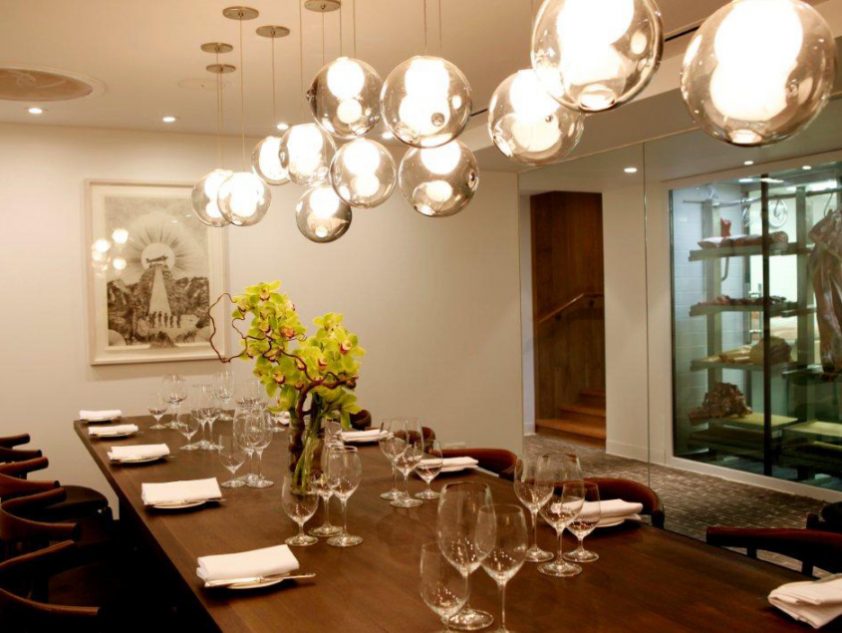 With surroundings as vibrant as the delectable food, Pollen Street Social by chef Jason Atherton delivers a contemporary bistro with informal fine dining. Opening its doors in 2011, it quickly made its mark with a Michelin star after just six months. Followed by 5 AA Rosettes and being named no.4 in the Good Food Guide’s best UK restaurants, Pollen Street Social continues to deliver top-quality ingredients with a menu to match. Atherton embodies the motto “we’re only as good as our ingredients” and has spent years nurturing his relationships with Britain’s top suppliers. Each detail is so carefully considered, it’s no wonder guests keep coming back for more.

Inspired by colonial India’s gymkhana clubs where patrons would socialise, eat, drink and play sports, Gymkhana was awarded its Michelin star in 2014. With an interior boasting authentic decor and delicate detail, Gymkhana’s dim lighting creates an intimate atmosphere for feasting. Don’t mess around when you’re here. Go straight for the six-course tasting menu and sink into your booth, ready to indulge in North India’s tastiest treats. Cooked on authentic tandoor grills, each dish is smothered in flavour.

The Many Michelin Stars of Mayfair

The coveted Michelin star is the symbol of gastronomic excellence. Restaurants around the world are held to the same standard, a level of innovation and deliciousness that’s haunting. If you live in London you’re lucky enough to have a plethora of Michelin star restaurants on your doorstep – but Mayfair is really where the swanky culinary scene is at.

Make your way through the trendy streets, enjoying world-famous cuisine, and you’re sure to get hooked on that Michelin superiority.

For more critically-acclaimed restaurants, view the Full List of Michelin Star Restaurants in UK & Ireland for 2020.