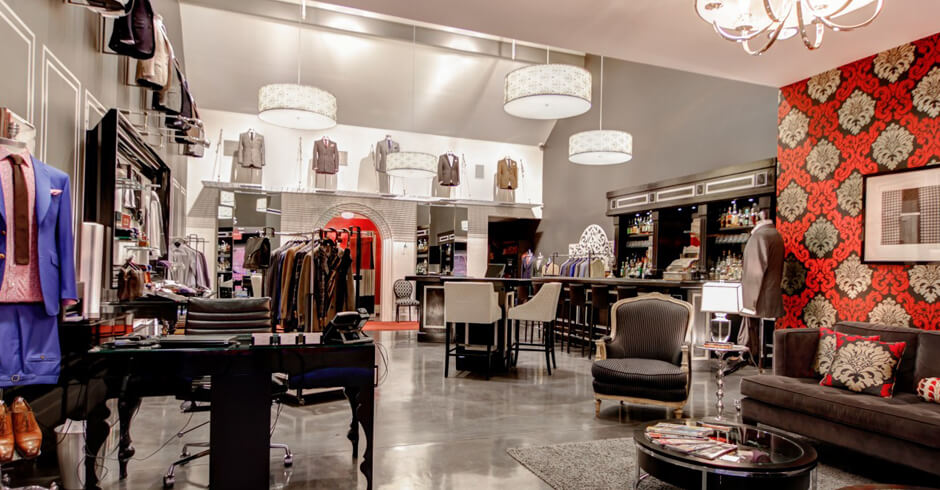 For most lawyers, finding a great-fitting suit is simply part of the job. For ex-attorney Michael Andrews, it is the job. Having run his own custom clothier for nine years, Michael has now spent a year longer as the CEO of the custom tailors than he once did as an articulate attorney, and still clearly finds passion in precision.

Currently running custom clothing studios in Lower Manhattan and Washington D.C – both aptly named Michael Andrews Bespoke – his bold career change appears to have been a resounding success. Yet by no means was the decision to move into the tailoring trade an impulsive one; but instead one derived from frustration.

“As an attorney, I had to wear a suit to work every day,” recalls Michael, as he explains how his previous role saw him temporarily relocate to London. “I’m a little bit of a difficult fit, so I never really found anything off the rack that I liked. Coincidentally, it was while my furniture was all getting moved that I was on a trip to Asia, where I had my first custom suit made, and fell in love with the idea.”

The idea itself is quite simple: tailoring suits, overcoats and corresponding accessories for each client that visits Michael Andrews Bespoke. 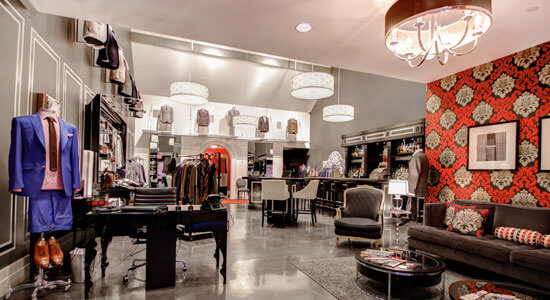 The New York studio represents something of a haven for the modern gentleman. “It’s a beautiful space with high ceilings,” Michael tells me, with the fervent tone of a man who loves what he does, and is eager for the whole world to see it.

As we discuss the tailoring process – Michael normally holds two consultations, one to fit and discuss the garment of choice, and one to ensure the completed product is perfect – it becomes clear that the consultations are more relaxed than many would anticipate. “The first question we normally ask is, “With or without rocks…?” Michael jokes, alluding to his taste for fine whiskies and wines as well as suits.

Yet with this sophistication comes a stereotype that Michael is eager to address. “It does have a ‘boys’ club’ feel, but I’m always hesitant to say that. It implies this exclusionary aspect, whereas this is a very welcoming place.” His sincerity is difficult to contest considering the staff at the blizzard-hit New York studio had spent much of the morning shovelling snow from their business neighbours’ driveways.

Indeed, the team is what helps Michael Andrews Bespoke maintain its lofty position in the New York bespoke market; a feature the owner is particularly proud of. “What they all bring to the table is a focus on service and hospitality. And understanding the needs of a client and delivering those,” says Michael.

Despite Michael’s previous assertion that the venue isn’t a ‘boys’ club’, I point out that several of his staff were formerly accomplished competitors in testosterone-fuelled sports. “Well,” Michael chuckles to himself. “Cory played baseball in college, and a lot of our guys were athletes. Casey played hockey at West Point,” he elaborates. “Sports are important because they teach you how to interact with others and be part of a team, and we’re very team focused.” 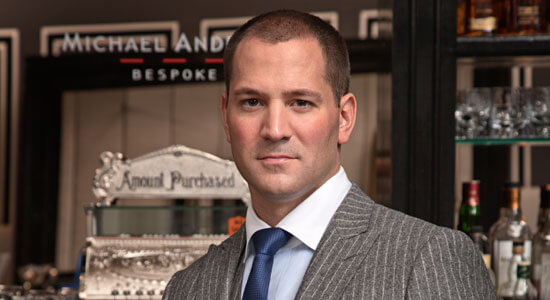 The point being made soon becomes abundantly clear; Michael Andrews Bespoke is just as much about the tailoring experience as it is about the finished product itself. “As far as I’m concerned, I’m as much in the hospitality business as I am in the apparel business,” Michael confesses. “Our job is to not only sell you beautiful clothes that make you feel great, but to provide you with an experience that reinforces all of that.”

And what beautiful clothes they are. Each Michael Andrews Bespoke garment is carefully handmade, and the studio’s founder is all too happy to explain their philosophy. “A huge part of our process is sitting down with the client, asking them a lot of questions, understanding what their style and fit preferences are, and understanding what they want.”

Immediately, images of Savile Row fittings, tape measure and tailors with spectacles on the tip of their noses are conjured, but Michael is quick to dash that notion. “What I want doesn’t matter. That’s very different to a lot of tailor shops who have a house aesthetic,” he exclaims, before effortlessly reeling off a list of Savile Row stores and styles they have become famous for, such as Anderson and Sheppard’s soft-shouldered jackets and Huntsman’s more structured garments.

“Our approach here is a little different,” Michael vows. “We’ll do a continental jacket, we’ll do a more classic structured Savile Row jacket, we’ll do hunting gear or equestrian. Whatever it is, we’ll work with you to design it the way you want it.”

In doing so, Michael and his team are not only living up to their bespoke title, but are also ensuring every aspect of the finished garment is exactly to their high standard. The company built a 15,000 square foot workshop in 2014, and are near-obsessed about quality control, just as some of their British contemporaries are. “There’s a reason why the folks on Savile Row all have one location – they do it well. We would like to scale our business, but we won’t do so at the sacrifice of quality.” 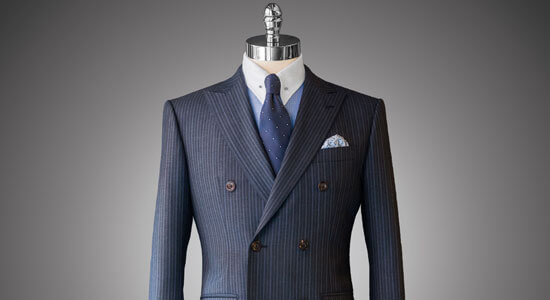 It seems like an opportune moment to bring up one of Michael Andrews Bespoke’s most brilliant creations; a pinstripe suit on which your name can be woven into the pinstripes themselves. “I wish I could claim that idea!” Michael exclaims, acknowledging the painstaking process required to make such a garment. ‘But they’re beautiful goods. It’s certainly a very unique and special garment that literally no one else would have.’

Also see  10 Inspirationally Stylish Ways of Getting to your Wedding

Michael cares as much for the intricacies of creating bespoke clothing as he does the consultation and process. “Fit is certainly a component of it, but the other is the choice of 10,000 fabrics and the ability to have your own linings and details.” When working across two states, in which the vast amount of gentlemen will be suited and booted for large parts of the week, the need for individuality is respected and accounted for by the tailoring team.

Luckily for prospective clients of Michael Andrews, the owner has his sights set firmly on educating more men about the importance of a well-fitted suit. “We’re looking at some form of white glove service where we could travel to clients,” Michael says, indicating how the company is likely to expand further across New York.

Perhaps most interestingly, the possibility of Michael Andrews Bespoke reaching international clients is one which is also being looked at, as Michael hints towards plans for an online reordering system in the future. “The great thing would be if a client comes over from London, they see us once, they go through the process of getting fit and measured, and when they’re back in London, they can order a second, third and fourth suit and we’ll ship it over to them.”

It’s the sort of process that reflects why people often opt for a bespoke consultation rather than a standard fitting. “The thing is,” says Michael, “You have to educate someone that there is a bit of a difference between a Toyota Corolla and a Lamborghini. They are both cars, but that is about where the extent of it stops and starts.”