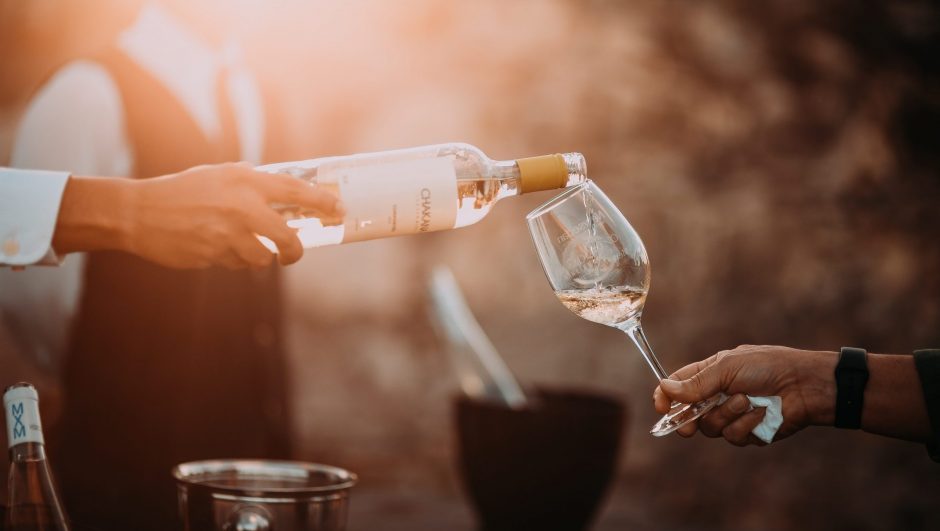 Mexico is known as the land of refreshing lagers and premium tequila, but it’s quickly becoming known as one of the top wine-producing nations in the world. Most Mexican wine is made for export, and this has actually had a positive effect on the industry, as new ways of bringing in foreign currency are very important for the developing nation.

Lawmakers, seeing the positive effect of the wine industry on the economy, have placed very few restrictions on winemaking. This has led to a renaissance of experimentation and excitement.

It’s an interesting time to be a winemaker in Mexico. It’s also a boon for adventurous connoisseurs who’re looking to try world-class wines from Mexico at affordable prices. If we’ve caught your attention, there’s a lot to learn, but let’s begin with a brief history of Mexican wine. 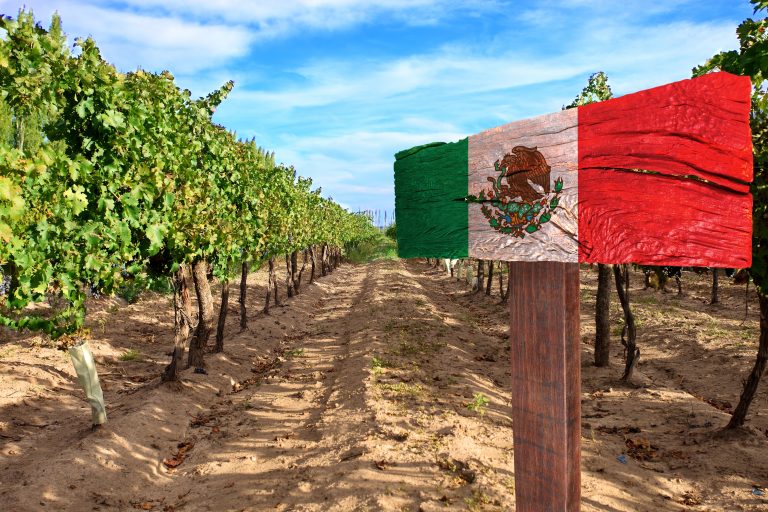 Despite Mexican wine only coming to international recognition in recent years, Mexico’s winemaking history spans almost half a millennia! The first vines planted in California came well over 200 years after they arrived in Mexico.

Mexican wine was so good in fact, that it began to challenge Spanish exports, leading to restrictions being placed on growing regions which stunted the developing wine industry. Shortly thereafter, King Charles II of Spain banned the production of wine altogether. For almost a hundred years winemaking was done in small batches produced by missionaries.

Mexico has had a troubled past of regime changes and political turmoil, but it was trouble in Europe that saw the rise of interest in so-called ‘new world’ wines. It was the dawn of the 20th Century, and Europe was heading toward WW1. But before french crops were being decimated by bombs, they were already being consumed by phylloxera, a vine disease.

This renewed interest in Mexican winemaking saw the blossoming of some of Mexico’s oldest vineyards still in use today. These winemakers were catering to the local market all through the 30s and 40s, establishing their skills and developing world-class wineries. Another period of political (and economic) turmoil gave rise to the need for more exports and an influx of foreign currency during the late 80s.

Since then, Mexico’s exported wine has become increasingly recognised by the global viticulture community and local winemakers are getting into international headlines.

Mexico has several major wine-producing regions, all with a history and present as unique as Mexico itself.

Baja California is the peninsula that extends below the Mexico/US border. It’s the home of the Valle de Guadalupe which is probably Mexico’s most famous wine-producing region. It’s hot and dry with valleys as well as steeper elevations. Its proximity to the sea, however, regulates temperature and rainfall and produces excellent growing conditions for Cabernet Sauvignon, Merlot and Syrah as well as Chardonnay, Sauvignon Blanc and Chenin. It’s widely viewed as the birthplace of Mexican wine.

Boasting some of the oldest wineries in the whole of Latin America, this Northern Mexican province provides a very different climate to Baja California. High above sea level, the landscape has been described as akin to the Alps. This landscape is perfect for growing Pinot Noir, a grape that’s notoriously hard to grow.

Much farther down South, this long strip of vineland connects the towns of Bernal and San Juan del Rio. This region has recently become a firm favourite for Mexican winemakers hoping to create world-class sparkling wine.

This full-bodied Cabernet Sauvignon is a perfect example of Mexico’s excellence in winemaking. Grown in the beautiful Valle de la Grulla, Baja California, this smokey, oak-aged red has a boldness that excites and a palette of dark fruit.

This Shiraz comes from the gentle foothills of the Sierra Madre in northern Mexico. Aged for 2 years in American oak, it offers a wonderful combination of chocolate, cinnamon and hazelnut, delivering the perfect Shiraz spiciness. It pairs excellently with heavier meals like steak, venison and strong cheese as well as chocolate-based desserts.

Wooded Chardonnay may not be in fashion right now, but that doesn’t mean you shouldn’t treat yourself to this absolutely exquisite Mexican Chardonnay. Offering a sumptuous palette of dried fruit, this silky wine will pair well with any creamy sauces (including caramel sauces if it’s dessert you’re after.

This sauvignon blanc is sure to win over any naysayers who don’t believe good white wine can be produced in Mexico. Not only is it a world-class white, it’s also the product of local innovation! Viticulturalists in Baja California invented a new fermentation technique using conical tanks for slow and gentle ageing. They’re also one of the first Mexican wineries to move away from Cork, using french-developed Stelvin screw caps instead. It’s crisp, dry and wonderfully moreish and pairs well with white pastas and seafood.

Another venue situated in the Valle de Guadalupe, Monte Xanic is known for its premium Grenache Rosé. Crisp, light and fruity, it’s a wine that truly reflects Mexico’s sunny demeanour and laid-back culture. In the US, rosé is sometimes seen as a cheaper drink for inexperienced drinkers, but all serious wine-lovers know that leading viticulturalists take the task of making a good rosé very seriously. This Rosé pairs well with gentle cheeses and lightly spiced poultry dishes.

Give Wines from Mexico A Try!

Affordable, unique and fascinating, Mexican wine deserves all the recognition it gets. The best news is, you don’t have to travel to Mexico to get it at a decent price – in fact, Mexican wines are comparatively more expensive in Mexico itself due to the high tax on local consumption.