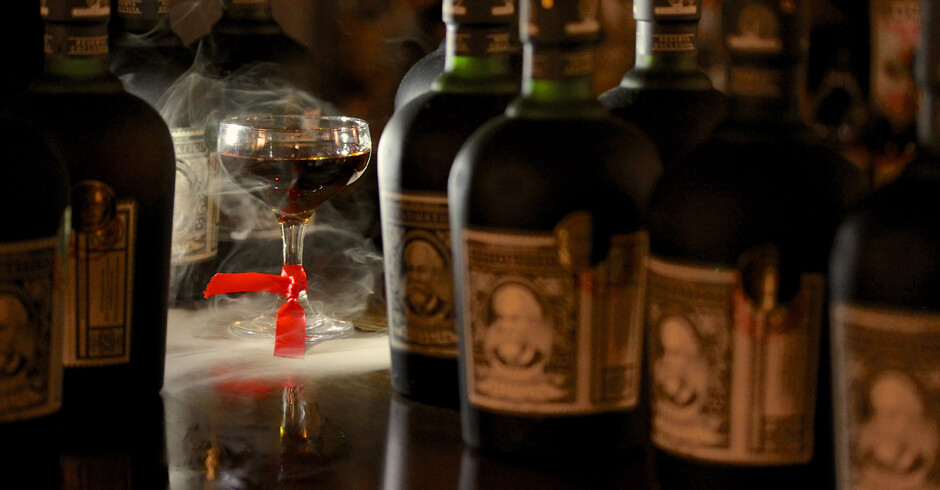 “Our cocktail menu is more than a drinks list. It comprises of a series of snapshots, cumulatively telling a story.” Each one of their cocktails gives the consumer a look into a piece of history. For example their drink “Van Verre” comes from the Dutch Empire. Rotterdam was the hub of trade for the Dutch Empire and to this day remains an important port city when it comes to global trade. It was a seat of the first multinational, the Vereenigde Oost-Indische or VOC, to some it is may be known as the Dutch East India Company. Yet another name for the VOC is “Van Verre” meaning ‘from afar’. From Rotterdam they commanded the largest ever trading relationship with the East. Naturally the ingredients for the cocktails relate to their history, this drink is Dutch genever, batavia arrack, house-made argeat, and lime.

“The following drinks manual is designed to evoke a sense of place for the key trade cities of the European Empires: English, Dutch, Spanish, French, and Portuguese.” Looking at the cocktail from the English Empire with a name like “Black as Hell” it’s history is bound to be interesting. In 1694, William III’s government founded the Bank of England hoping to fund a new powerful navy. The rise of this merchant navy brought vast amounts of wealth and trade to London. This also spread onward throughtout Europe, while London’s coffee houses were full with dealings and commerce. Thanks to the increased trade coffee had taken over the city and was described as black as hell, strong as death, and sweet as love. This cocktail pays homage to that wave of coffee in London and is made of Old Tom Gin, stout, coffee, and London amaro bitters.

The owners of Merchant House are Nate Brown and Lewis Hayes. They are also the founders of the London Bar Consultants, which is where the recipes for their history inspired cocktails come. Their love of drinks and interest of history, especially the history of merchant trade, came together to make the Merchant House.