Blog » Dining & Restaurants » Famous Chefs » Meghan Boledovich: This is the Life (of an Urban Forager) 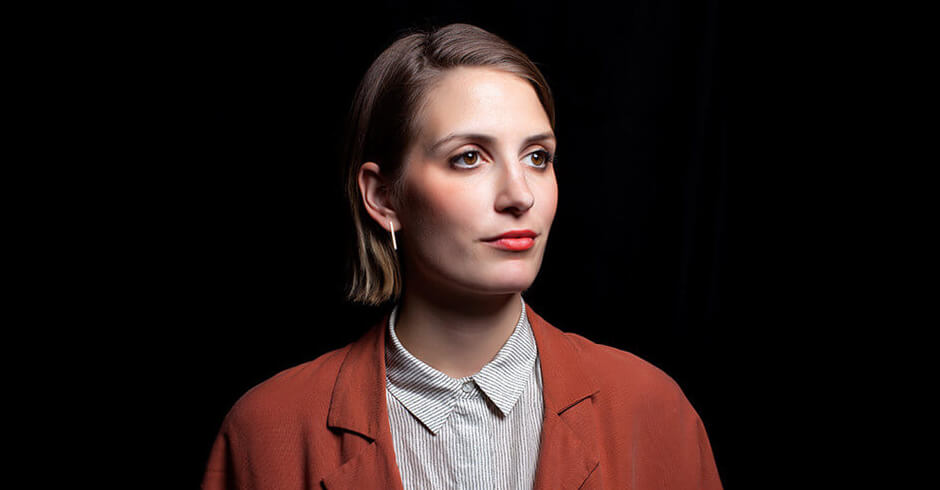 Meghan Boledovich is New York’s only full-time in-house restaurant forager, which aside from being as good an oxymoron as I ever saw, means her role is all about being the bridge between farmer and chef. She forages for PRINT., a restaurant in Hell’s Kitchen that occupies the site of an old printing factory and cooks exclusively seasonal and sustainable food.

I’m speaking to Meghan during some of the worst weather New York has seen for years. ‘Inclement’ would certainly be one way of putting it and, needless to say, her preferred method of transport – a three-wheeled ‘Vegcycle’ suited to carrying 45 kilograms of food – is for the moment a bit impractical. ‘Right now, warm in New York is 35 degrees (1.6˚C),’ she says. I’ve put the Vegcycle away for the winter, as I’m not that hardcore. Instead I have to take a taxi or the subway, which obviously isn’t as environmentally sound.’

As you might expect, a vast amount of a forager’s job relies on travel, and it’s a requirement that does not relent during the colder months. ‘Even in the winter, I go to the farmer’s market three days a week. It’s important to support the farmers who continually show up in the brutal cold after having to drive through these conditions. The great thing is, you still have these interesting agricultural things happening whether it’s about animals, cheese making, or, coming up in a few weeks, we have Maple tap season.’

It might be news to you, but apparently Maple tap season is as much a big deal in New York as it is in Vermont; the two regions being the biggest producers of Maple syrup in the US. ‘I’ll soon be keeping myself busy by visiting a Maple farm where they’ve been experimenting with barrel-ageing their syrup,’ says Meghan. ‘They set up taps at the end of February, when the weather’s slightly warmer. The sap extracted from the trees is more like water until you cook it down to get the syrup. Maple water is the new coconut water – high in all these vitamins and electrolytes – so at the restaurant we’re going to use it for making our next cocktail.’ 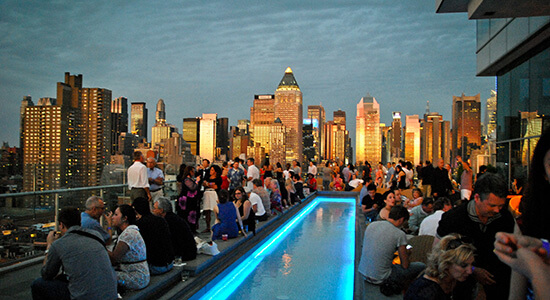 As she admits, Maple tap season is where things start to get a bit unfamiliar for Meghan, even for someone with her experience. Previous roles border on the downright esoteric: biodynamic wine retailer, greenmarket manager, urban farmer and culinary instructor, which just goes to show the extent of diversity in food and the voracious appetite required for exploring it.

Meghan’s culinary adventures have led her far and wide, from tasting aged mandarin tea in Guangzhou to sourcing spices in Istanbul, but the culmination of those influences and cultures she has experienced seem to convene somewhere a little closer to home. ‘I feel like there’s definitely a multi cultural thing happening in New York,’ says Meghan. ‘I do a lot of going to weird ethnic enclaves to try authentic food. If you wanted, you could feel like you’re in Indonesia just by going to an Indonesian restaurant in Queens. In New York, you really can do local and global at the same time.’

‘Local and global’ is as much a forager’s dream as a chef’s, and makes New York the sort of culinary epicentre that any foodie salivates at the thought of becoming acquainted with. It’s just as well then that one can tour New York’s culinary cornerstones with Meghan at the helm. With that in mind I posit to her what such an agenda might start with.

‘Union Square market,’ she says. ‘It’s in the heart of downtown New York and it’s a vibrant bustling cultural area, but the market is the highlight for me – there we’d meet some of the farmers and taste produce like Korean vegetables and Ethiopian bread.’

Meghan gestures to the Lower East Side which, due to the immigration that happened in the late 1880s, has developed into an area that has become a home to the food so iconic to New York. ‘Pastrami, smoked salmon, bagels,’ she says. ‘All the hallmarked foods are right there.’

Then it’s onto the Essex Street market . ‘It’s a great indoor market that has all kinds of food, so I feel it’s a crucial neighbourhood in New York. One of our cheese purveyors has a stall there, which is a lovely little shop.’

By the sounds of things, Essex Street is where the day would reach its climax. From then on, things start to wind down a little. ‘We’d head off to Brooklyn to visit people making some artisanal spirits and beer and wine. It used to be all industrial there but Brooklyn now is very much the hub for where all that’s happening.’

Most good days tend to end with beer and wine and, as it turns out, Meghan is as much an expert with drink as she is a forager for food – even assisting as PRINT’s ‘beverage director’ to source fine wines and artisan beers and help adapt cocktails according to the season.

In short, food and drink enthusiasts looking to explore New York are in good hands. For Meghan, she’ll be needing to brave the elements a little longer, but come March she’s back in the saddle and on three wheels.