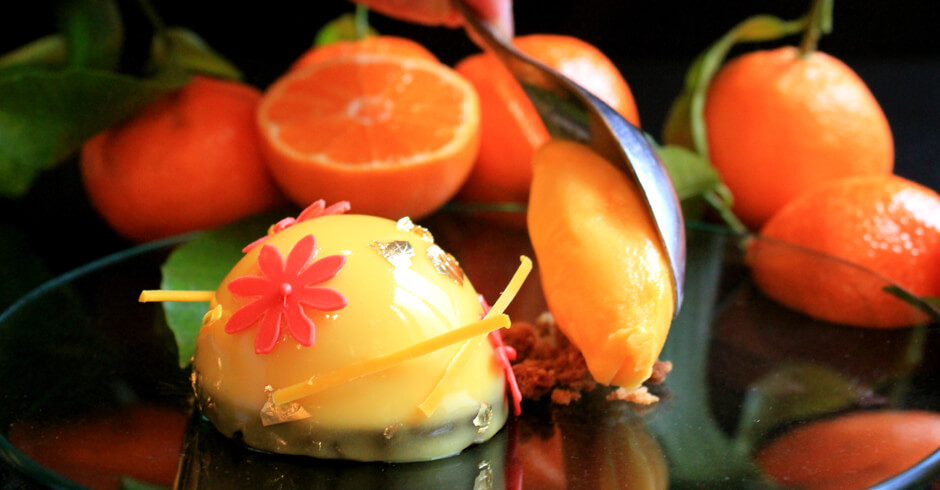 Where to begin with Joël Robuchon? With more Michelin stars than any other chef on the planet, he’s affectionately known as the godfather of fine cuisine. Oh, and he was also named ‘Chef of the Century’ by the prestigious Gault Millau back in 1989.

The pedigree of the man is neatly illustrated by one of his nearest challengers for the most Michelin stars worldwide. Gordon Ramsay is a former student of the master chef, who talks of the great debt he owes to his tutelage.

Ramsay, notoriously forthright with his opinions, speaks with a reverence of Robuchon that is mixed with a clear hint of intimidation at the mention of his former mentor. In his autobiography Humble Pie, Ramsay says working at Robuchon’s Paris restaurant was like a stint in the SAS.

And it is true that when the chef carries out his periodic inspections of restaurants worldwide, staff at the locations are known to be struck by fear. When The Telegraph’s John Preston went to visit his Odyssey restaurant, a maid told him of the tremors of terror sent down the corridors on his inspections. If a single flower in a floral display looks out of shape, Robuchon will react accordingly. The same goes if a lightbulb has the wrong wattage.

Indeed, there was even an occasion when he aimed a plate in the direction of Ramsay’s head. “It was a dish of langoustine ravioli,” he told The Telegraph. “He hadn’t made it properly. I told him so and Gordon reacted in a very arrogant manner. Although he was very talented, his attitude had always been… difficult. At the end of every service, he used to fling his pan down on the stove and threaten to resign because I was so demanding. This time, it really got on my nerves and so I threw a plate at him.”

After the incident, Ramsay took off his apron and walked out mid-service. But that, says Robuchon, was the only time he ever threw a plate in the kitchen.

And it is easy to view Robuchon’s temper as merely a byproduct of the exacting attention to detail that makes him the world’s finest chef. 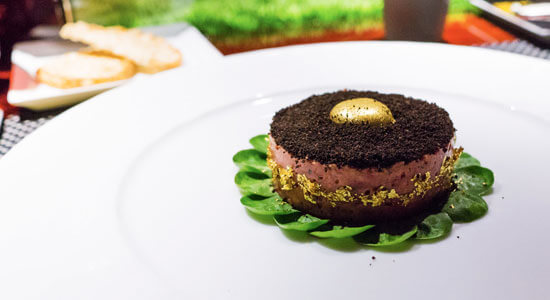 This talent was noticeable from his teenage years – at the age of 15, having departed from the local seminary only because his parents could no longer afford to keep him enrolled, Robuchon became an apprentice chef at a local restaurant. At first it seemed a little too much like hard work but, given time, he began to see the beauty of creating flavours in excellent dishes.

At the age of 16 he entered his first cooking competition. His lièvre farci, stuffed with wild hare, won first prize. The nouvelle cuisine, all the rage at the time, didn’t appeal to him. The beauty of cooking was the combination of flavours – four, to be exact; never too many.

Within 12 years, he was head chef at the Harmony-Lafayette restaurant in Paris. After three years, they had already gained all three Michelin stars – a feat that had never been achieved before. In 1989, he received the ‘Chef of the Century’ accolade.

But he grew tired of the conventions of stuffy fine dining. “I absolutely hate going to restaurants and feeling like I have to act like I’m in a religious temple. I think to the contrary, one needs to feel very relaxed and comfortable when they dine,” he told the Daily Star.

“I have a restaurant in Monaco and, when I first arrived there, I was told people had to wear jackets and ties at dinner. I said, ‘No!’ People should come as they want, it’s hot outside.

“Even when I went to Hotel de Paris in the middle of summer, I was told I had to wear a jacket and tie. Women were there on July 14 for Bastille Day and, despite the air-conditioning blasting, they had sweat pouring down their faces.

“It was at that point I said, ‘I will open a restaurant here and people will not have to wear a tie.’ And still to this day we’ve had no-one who has just walked in wearing a bathing suit.” 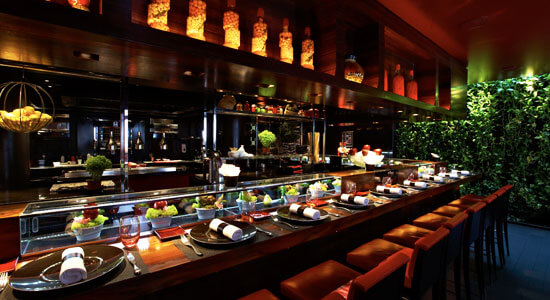 True to his word, Robuchon’s empire of L’Atelier de Joël Robuchon restaurants, dotted around the world from Bangkok to Las Vegas, are trendy, laid-back settings where dress code is informal.

This empire only began seven years ago, in a chain of events that shocked the culinary world. Robuchon, revered as the greatest chef around, announced he was to hang up his chef’s hat at the tender age of 50 back in 1996.

“I was just exhausted. From the age of 15 to 50 I’d hardly stepped out of a kitchen. I just wanted to live a little, to spend time with my wife and children. The first time I saw snow was when I was 50, because I’d never had the time before.”

After blasting the Michelin guide during his time away, labelling them as out-of-touch and facilitating a complete change in management at the organisation, who ultimately implemented all of his suggestions, Robuchon could not resist the allure of a return to the kitchen.

His return reflected his desire to stick two fingers up to the fine dining establishment: the first L’Atelier de Joël Robuchon, in Paris, accepted no reservations, had no dress code and made Michelin star dining affordable.

With 28 Michelin stars in the various L’Atelier destinations across the world, Robuchon is well versed in the finest culinary cities. Yet, despite his Parisian roots, there is one standout leader in the global gastronomy stakes. London has, for him, the best restaurant scene in the world.

“A lot of people in Paris thought I was mad to say such a thing. But it’s undoubtedly true. London is where it all happens. That’s where the cutting edge of fine dining is.” Robuchon is in love with the city – he even diverts his flights to the US through London to spend some time at Heathrow’s Terminal 5.

And what of his tiff with Ramsay? “While we had our difficult moments, he is undoubtedly one of the best chefs of his generation. Who else can retire at 50 and then come back years later and give everyone a run for their money?” The pair still meet up today to chuckle at tales of kitchen disagreements of days gone.