Blog » Luxury Lifestyle » Gemstones & Crystals » Birthstones » May Birthstone: All About Emerald & its Properties 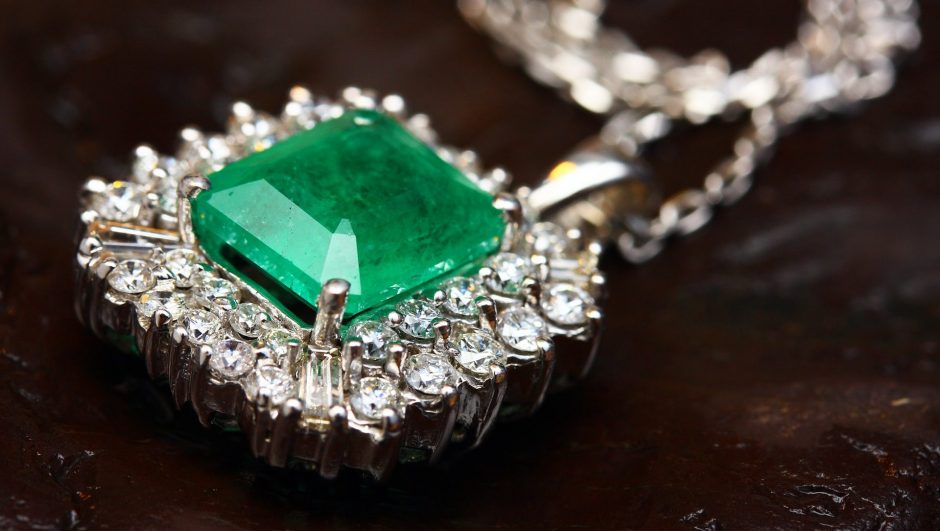 If you are one of the lucky people born in May, emerald is your May birthstone. The verdantly shaded jewel is considered one of the most popular precious gems in the world, revered globally for hundreds of thousands of years in folklore, medicine, religion and royalty.

One of the Big Four precious stones, emerald takes its seat alongside rubies, sapphires and diamonds as the four most valuable and highly sought-after jewels in the world.

The deep, alluring green color of emerald brings to mind lush gardens and hidden forests, soothing the eyes of all who behold it. We now know why – science tells us that green alleviates eyestrain and stress unlike any other color of the rainbow.

What Is The Birthstone For May? 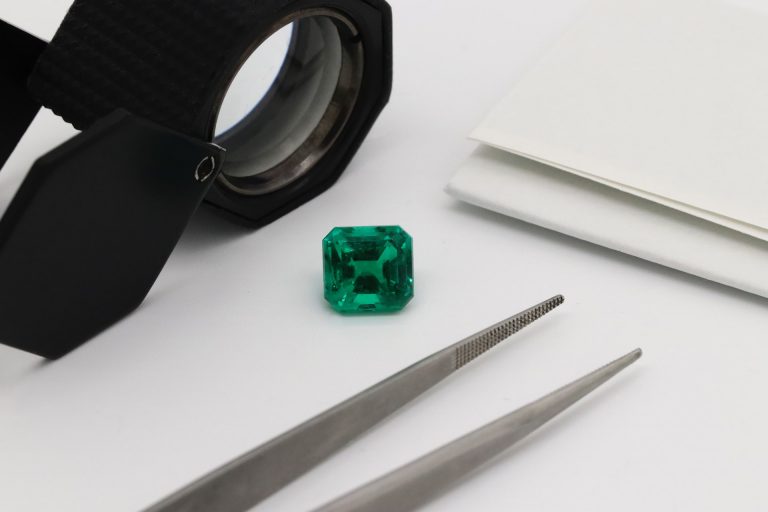 For many years, the birthstone for May has been emerald. The enchanting green stone has history with a broad range of cultures and religions around the world, from the Emerald Isle of Ireland to the fantastical Emerald City in The Wizard of Oz.

It is likely that the motive for assigning emeralds as the birthstone for May has something to do with the season of spring. In the northern hemisphere, May is a month of spring, and the healthy green glow of an emerald closely resembles the dense flora of a typical luscious springtime.

What Color Is May’s Birthstone?

Green is the undeniably evident color of an emerald. Its rich forest green brings to mind rolling hills and hummingbird wings, at once magical and opulently earthy.

The luxurious hue of almost all green gemstones can be attributed to an unusual combination of natural chemicals that mingle beneath the earth’s surface.

A true emerald is born when vanadium, chromium, and iron mix within the mineral beryl, triggering a chemical reaction. The vanadium and chromium are primarily responsible for causing such an extraordinarily deep and intense shade of green to develop.

A historic Greek naturalist and philosopher called Pliny the Elder claimed that “nothing greens greener” than the beautiful emerald stone.

Grecians were extremely fond of emeralds, as was Queen Cleopatra of Egypt, who adorned herself with them lavishly and is said to have popularised the stones during her rule in 330 B.C.

There are many positive meanings and symbols around the emerald stone that hold up across numerous cultures and belief systems around the globe.

The green color of this May birthstone is often associated with wealth, vitality, and fertility. The ancient Egyptians would offer emeralds to their gods as a symbol for rebirth, and some would even wear the stone as a talisman for bringing fortune or protection.

The Romans closely associated both the emerald color and gem itself with Venus, goddess of love. They believed that emeralds would appease the deity and she would in exchange show them favour in love, fertility, friendship, and luck.

Leatrice Eiseman of the Pantone Color Institute says, “the most abundant hue in nature, the human eye sees more green than any other color in the spectrum”. This enables the eyes of those who gaze upon an emerald to absorb every particle of light that reflects green.

A popular emerald jewelry gift for Western anniversaries of the 25th and 30th years, emeralds are a global symbol for prosperity, health, and good fortune. 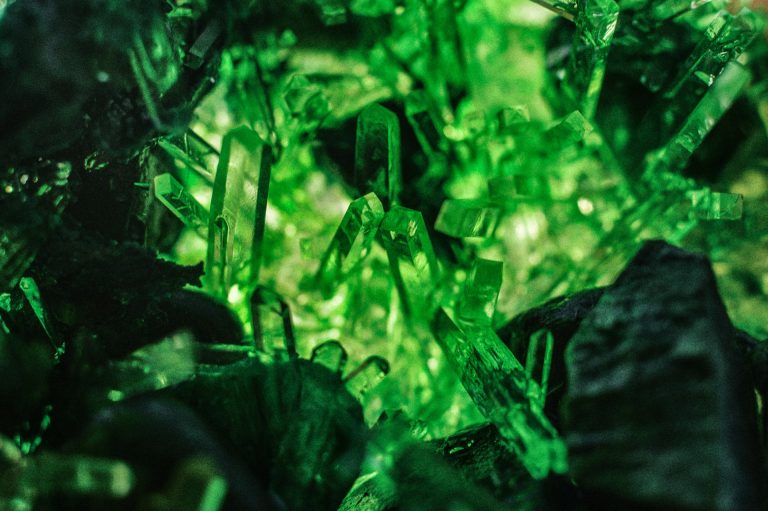 From South American Incas to ancient Egyptian Pharaohs, the ever-enchanting May’s birthstone, emerald, has captured the hearts of many royals and nations throughout the ages.

Naturally occurring as long as 3 billion years ago, the emerald is one of the oldest known precious gems still in use today. The earliest known emerald mines occurred in Egypt, but today you can find them all over South America, Zambia, China and Brazil.

Ancient Greece was where this jewel first received a name. The word smaragdos, which means “green stone”, was the original word for emerald.

Over in India, this May birthstone was dubbed marakata, which translates to “the green glowing”. However, it was via the Greek word smaragdos that eventually trickled down to English and became “emerald”.

For over 500 years, Columbia has been the world’s greatest source of emeralds. It is by the standard of Columbian emeralds that the value of all others is measured.

Benefits & Healing Properties Of The May Birthstone

There are a score of examples throughout human history that depict healers using this beautiful jewel as a form of medicine or spiritual guidance.

This May birthstone has been widely appreciated in ancient healing practices for its natural enhancement of health and wealth. It is said that carrying emeralds will benefit the wearer through increased vitality and eloquence of speech.

From a slightly more modern perspective, emeralds are said to be so easy on the eyes that they can heal retina-related ailments and improve memory. However, this is more likely to come down to the color green than the jewel itself.

How To Clean and Care for Emerald

Emeralds may be hardy and resistant to damage, but they still require some TLC.

If you own this precious birthstone for May, these tips for caring and cleaning are everything you need to know for its maintaining its value.

How To Store Emerald

Similarly to most precious gems, emeralds should be kept in a separate box to prevent scratching or surface damage. The best option for storage is a soft, thickly lined box or pouch that keeps the jewel well padded and protected.

As long as you follow these helpful steps for storing your May birthstone, its legendary value of the emerald will remain upheld.