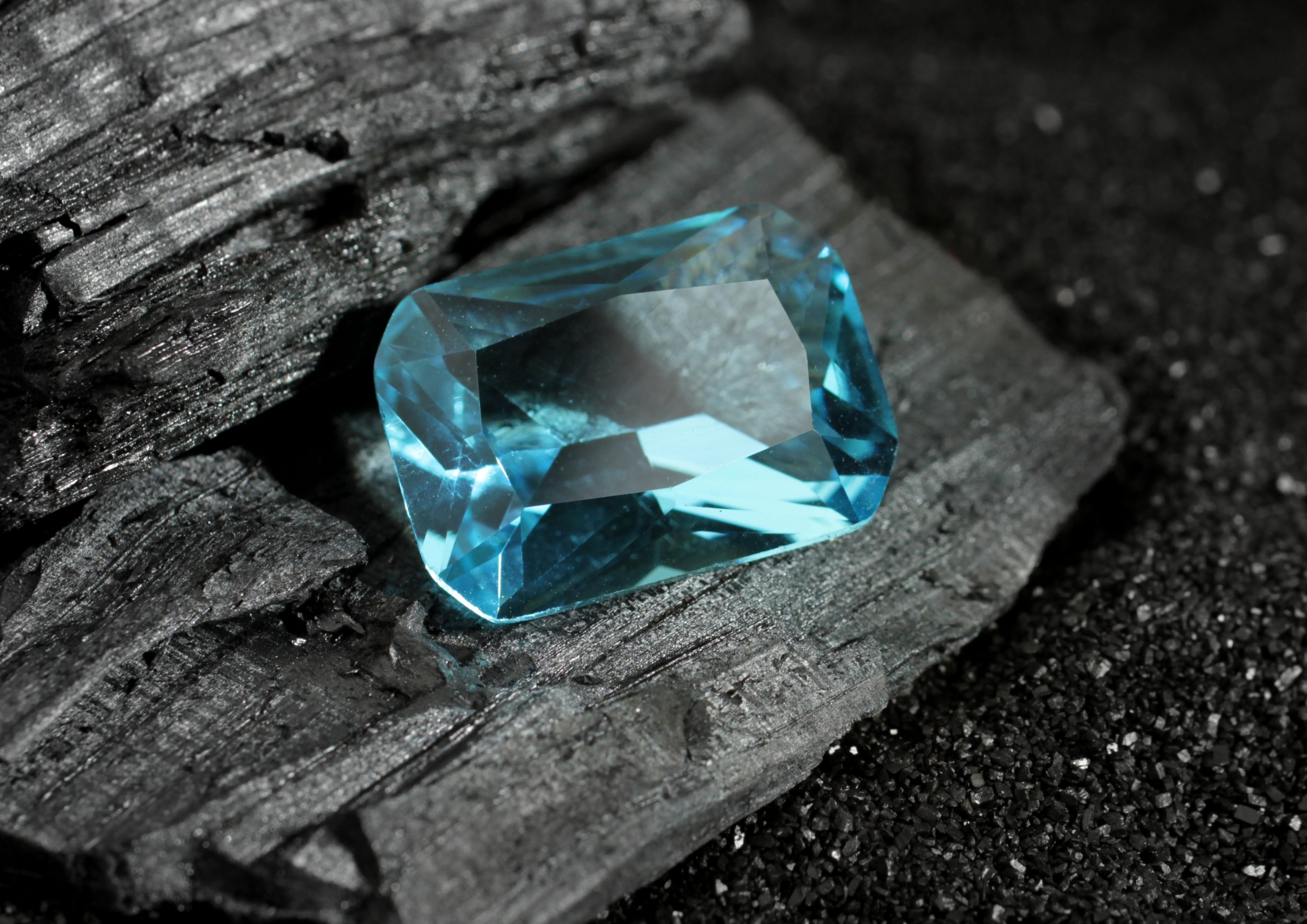 These two March birthstones may have very different appearances. But they are both visually captivating with a fascinating history of legend and lore.

Aquamarine and bloodstone take on near opposite colors and meanings, giving March-born individuals two very compelling options for birthstone jewelry. Aquamarine is clear and light as holy seawater, and bloodstone is dark and brooding with flecks of rusty crimson atop jasper.

Whether you are an Aries or a Pisces, all people born in March are attributed these two special birthstones to wear as a gift from the earth and a symbol of their respective birthday.

What Are The March Birthstones?

The two birthstones for March are aquamarine and bloodstone. Over the years, there have been some changes to the structure of the birthstone calendar, with certain stones fluctuating in and out of the twelve months.

Traditionally, bloodstone was the original March birthstone, but that changed when the stone became less widely available and March-born consumers required a more accessible and affordable alternative. Aquamarine was then added to March’s birthstone collection.

The National Association of Jewellers are responsible for adding or removing gemstones from the birthstone calendar. Over time, adjustments are made to meet both economic shifts and changes in cultural preference. 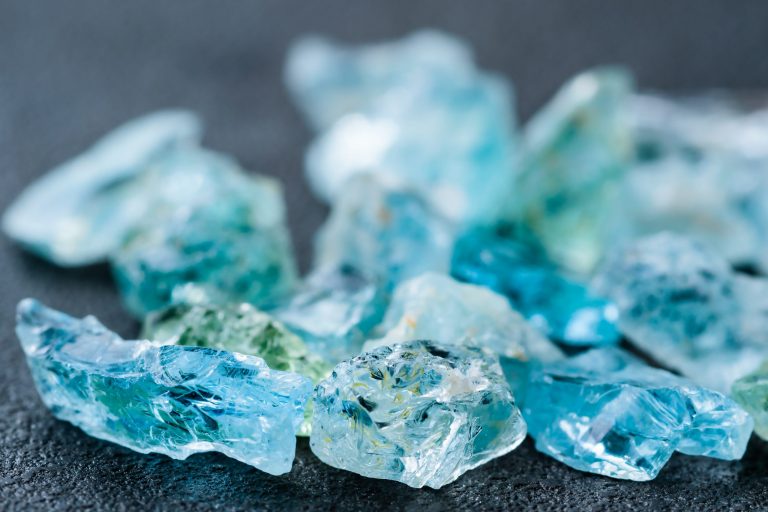 The cool, pale blue of an aquamarine birthstone brings to mind fresh seawater and clear summer skies. At once serene and tranquil, aquamarine gems have become a symbol for purity, protection, and foresight.

Aquamarine’s oceanic hue can vary between shades of light green to dark blue, although the darkest blue aquamarines are considered to be the rarest, and therefore most valuable and prized of all. The green and blue colors are caused by iron, and the yellowish tinge is owed to the mineral beryl.

Occasionally referred to as the “poor man’s diamond”, aquamarine belongs to a small family of beryl-based crystals including heliodor, morganite, and emerald. Precious gems belonging to this group are often harder and more durable than others.

There are several places around the world where high value aquamarine can be mined, but the best place to find this glacier-like crystal is Brazil.

However, good quality aquamarine birthstones can also be found in the Ural mountains of Russia, Columbia, and the Island of Malagasy, India. 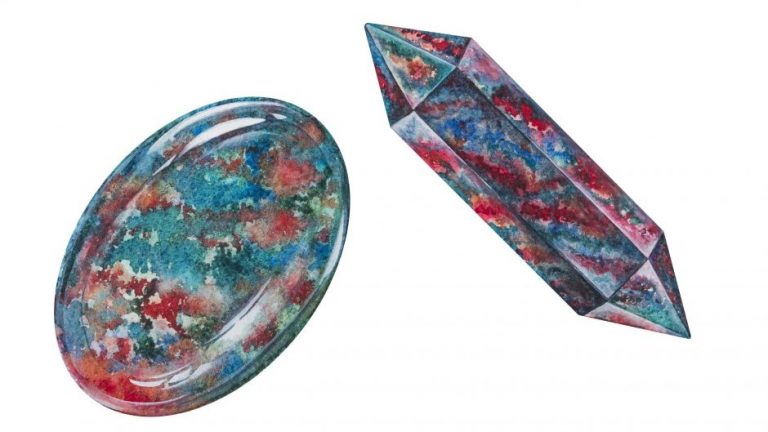 This unusual stone is immediately recognizable through its dark black-green coloration and blood-colored freckles. A form of mineral quartz, bloodstone is also sometimes identified as heliotrope. The quartz variety that bloodstone belongs to is known as chalcedony.

Chalcedony of deep green pigment with earthy crimson dots caused by iron is what we know as bloodstone. The unique appearance of this March birthstone has prompted many compelling associations with religion, particularly Christianity and the blood of Christ.

Ancient Babylonians would use bloodstone to make amulets and wax seals, as the gem is hardy and retains carved shapes extremely well.

The best locations around the world to find and extract high value bloodstone birthstones are Australia, India, and Brazil.

Where bloodstone lacks traditional beauty, it makes up for in religious significance and a vast way of proposed metaphysical properties. Due to its dramatic appearance and firm material, bloodstone is a popular choice for pendants and specialised carvings.

Symbolism And Meaning Of The March Birthstones

Both aquamarine and bloodstone have been associated with distinct symbols and meanings throughout many cultures across the world.

Legend says that the aquamarine birthstone first came to the world via the jewel caskets of sirens, a type of mermaid from the deepest parts of the sea. The pale yet lively blue tones of aquamarine communicate clarity, purity, and truth.

Bloodstone, on the other hand, is tied to a more painful and dramatic past. According to legend, the first bloodstone occurred during the crucifixion of Christ.

Supposedly, as a Roman soldier plunged his spear into Christ’s side, blood dripped down onto some deep green chalcedony stones and formed the very first bloodstone in existence.

Because of this legend, many depictions of the crucifixion were carved into bloodstone. Age-old lore says that bloodstone represents noble sacrifice, strength, and courage of heart.

What Color Is The March Birthstone? 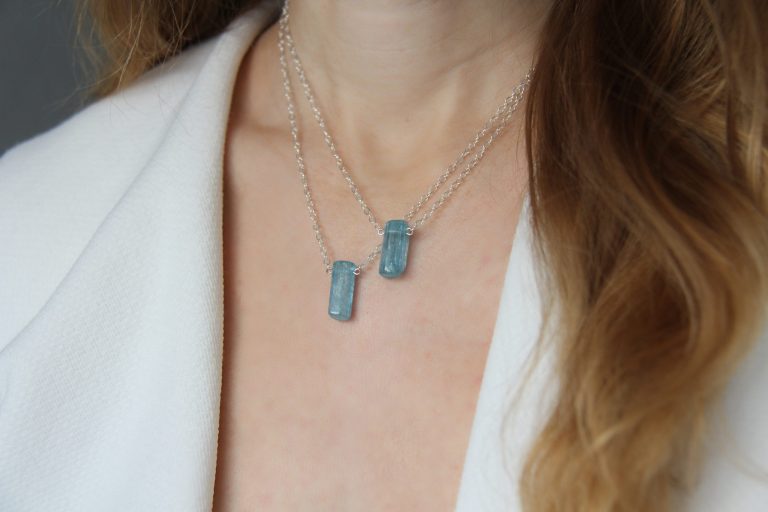 There is no single color for March’s birthstones because both of the chosen gems pertain to very different color palettes.

However, because aquamarine currently holds position as the “primary” March birthstone, blue is often considered the main color for March’s birthstones so other blue gemstones will do just fine as a March birthstone if you are not so strict.

The soft, soothing blue color of aquamarine birthstone also makes a good pairing with the early summertime of March in the northern hemisphere.

Why Does March Have 2 Birthstones?

In ancient times, birthstones were chosen mainly for their color. But in modern times, we have access to a wide variety of tools and technology to differentiate between precious gems and compare their value with more diligence.

Like many other months of the calendar year, March has two birthstones because people like to have options when it comes to selecting birthstone jewelry. Some months, such as June, August, and December, have more than two.

How To Take Care Of March Birthstones

Owning a precious gemstone requires particular care and storage if the owner is to maintain its value and guarantee its quality is sustained over many years. If you want to know how to take care of your March birthstone, follow these instructions:

If you happen to be a March baby that owns one (or both!) of these unique and beautiful gems, taking good care of them is one way to ensure their presence in your life lasts for the rest of your days – and long after.

What is Spinel? Meanings & Properties of this Versatile Gemstone