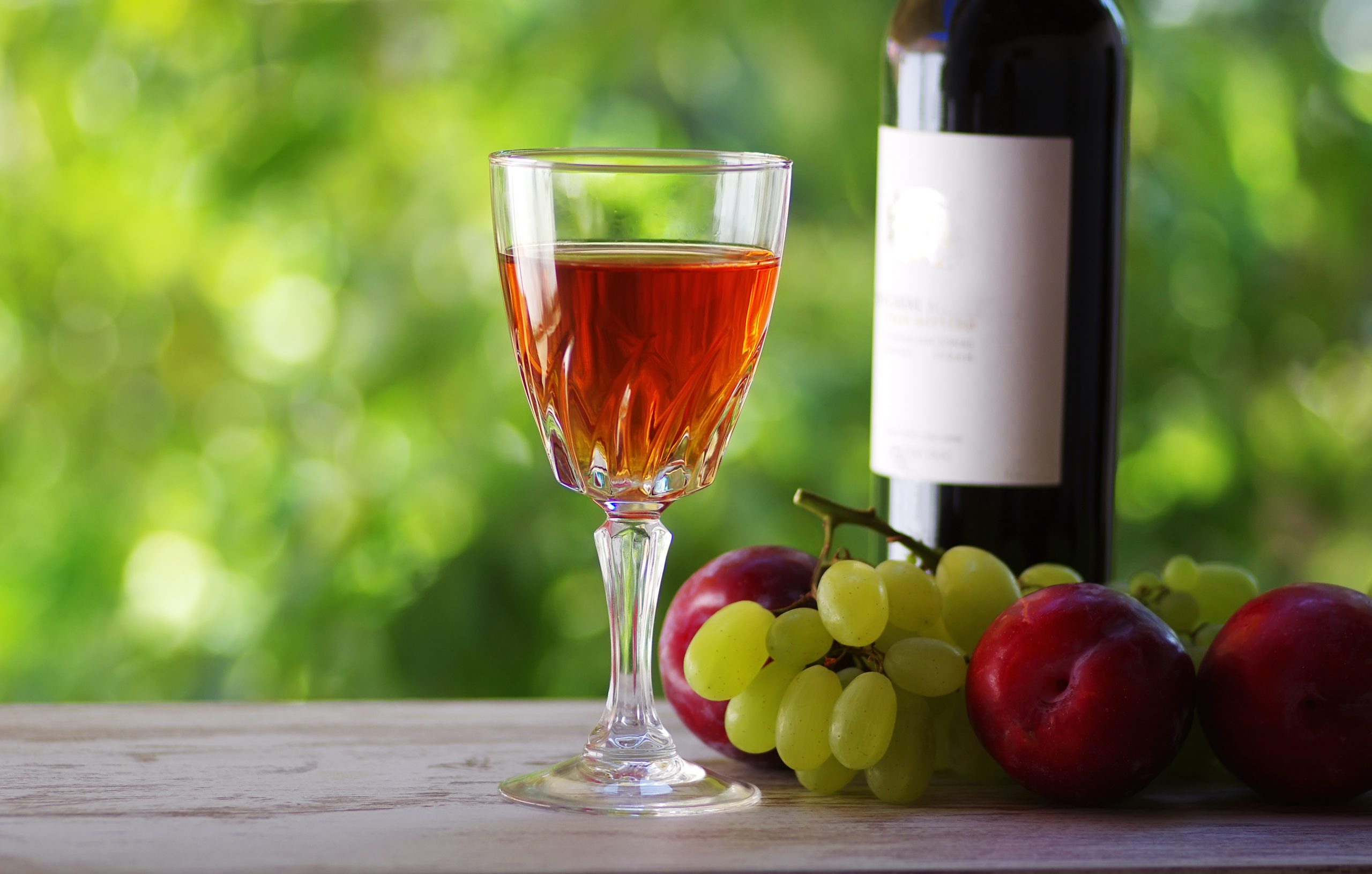 Madeira wine dates back over 300 years. While it became popular several centuries ago, it has remained a top choice amongst wine drinkers ever since. It’s often used in cooking, particularly in French cuisine, and can complement the flavours of almost every kind of meat, from filet mignon to pork chops, salmon and roast chicken!

Although this wine is a favourite when used in cooking, it also stands well on its own as a drink.

Let’s take a closer look at how and where it is made, the different variants of it and the best ways to pair it. Cheers!

What Is Madeira Wine? 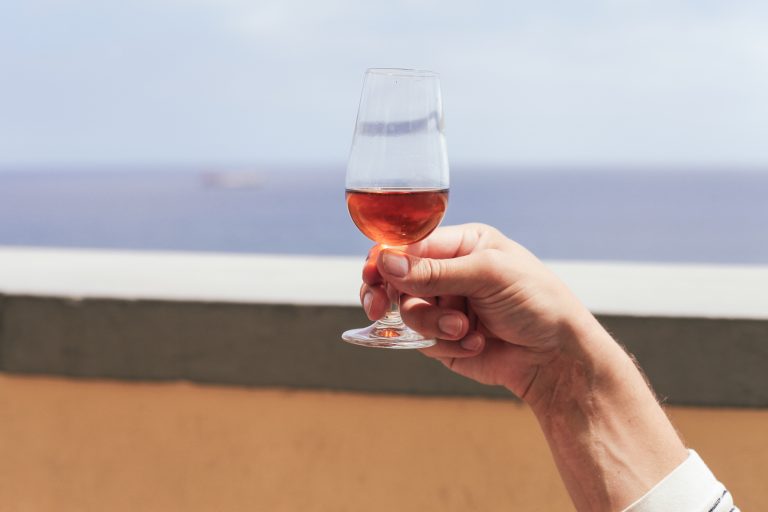 So, what kind of wine exactly is Madeira and where does it come from? Let’s find out.

Madeira as the name suggests, originates from the Portuguese island of the same name and is a fortified wine. This island is roughly 500 kilometres off the coast of Morocco and was a standard port of call during the Age of Exploration. It’s well known for its shipping connections and is steeped in maritime history. However, it’s just as famous for the wine that comes from the island – if not more so these days!

As with every other kind of wine, there are several kinds of Madeira, ranging from sweet ones to much drier ones. This kind of wine is typically made from just a few varieties of grapes, which is what gives it its distinctive flavour. These specific grape varieties include Verdelho, bual, social, mole, Malvasia and tinta negra.

Madeira is just like other fortified wines such as sherry, port and marsala in that it is also made with a distilled grape spirit. In the case of Madeira, it is usually made with brandy. This makes its alcohol content much higher than that of regular wines, which usually measure in at about 12%. Madeira usually reaches an alcohol content of between 18 and 20%, making it far more potent.

How Is Madeira Wine Made? 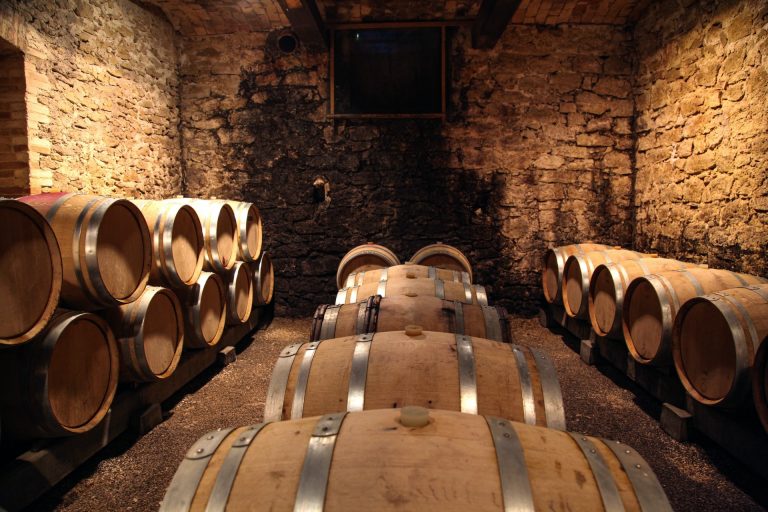 What makes Madeira different from other wines is that it has a very unique ageing process.

A rule of thumb when it comes to winemaking is that the fermentation is the most important part of the entire process. When the fermenting will be disrupted for the wine to be fortified with the addition of the distilled spirit is dependent on whether the winemaker wants a sweet or dry Madeira.

The fortification process is the only similarity that madeira has with other wines. Most wines that you’ll taste at wine tastings are the products of winemakers having done everything that they can to not expose their wines to heat and oxygen. Madeira, on the other hand, is deliberately exposed to these elements, which is what makes it so special.

The wine can be heated by using an estufagem, a large stainless-steel container. When using this method, winemakers heat the container over the course of three to four months. An alternative method for heating the wine is by using the canteiro method. This sees the wine stored in oak casks that are then placed in rafters in attics, where they can absorb the heat of the sun. The canteiro method can take up to four years to complete. This practice dates back over 300 years to when sailors would transport wine in massive casks.

Due to the long distances from the Portuguese island, the wine was exposed to varying temperatures and climates. Instead of destroying the wine, it was thought that the long journey and exposure to the elements enhanced the flavour of the wine.

It’s this ability to withstand varying temperatures and the fact that it is heated during the winemaking process that make it ideal for cooking. Exposure to heat when cooking doesn’t affect the wine’s flavour, and it retains its rich, toffee-like taste that pairs so well with so many dishes.

There are several different types of Madeira – most are made with red grapes, but there are some that are made with white grapes. However, the colour of the grapes does not have all that much of a consequence over the outcome. This kind of wine becomes toffee-like in colour due to the heating processes that it goes through. In a way, it’s a bit like caramelising sugar, only with wine! Even white grape Madeira will attain the same rich colouring and taste due to the winemaking process.

All Madeira wines have high levels of acidity but each one has its own level of sweetness and its own flavour profile. The different kinds of Madeira wines are generally categorised as follows:

As with all other wines, Madeira has varying price points. You can find affordable bottles and then there are those that may require a loan to invest in!

Some versions of the wine may be on the cheaper side, while others can be a lot more expensive. What does set Madeira apart from other wines in terms of price point, however, is the incredible ability that it has to age. This wine can be kept for hundreds of years, making it one of the world’s most expensive fortified wines.

You’ll often find a bottle of Madeira topping the list of most expensive wines. Vintage wine is highly prized, and with the way that Madeira ages, there are several bottles that have survived several years and are still highly drinkable.

An 1846 vintage has an average price of a whopping $5516 per bottle, so it’s easy to see why this wine is often considered pricy. However, there are far cheaper bottles available, and you’re sure to find one that suits your budget.

How To Pair Madeira Wine? 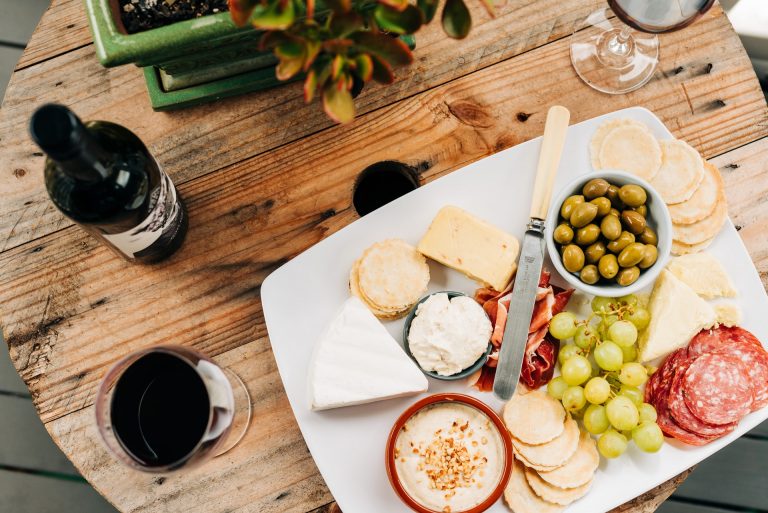 No cheese and wine tasting would be complete without Madeira, but this wine pairs well with several other foods too. For example, the drier versions of the wine serve as excellent aperitifs, and if you’re hosting a dinner party, your guests would likely love to start the night off with a glass of it.

Madeira can also be served as an accompaniment to olives and to salads that have a bit of a tangy dressing. It also pairs beautifully with seafood dishes, in particular with sushi or smoked salmon. If you are looking for the perfect cheese to serve alongside Madeira, consider a very creamy one, like sheep’s milk or goat’s cheese.

For those with a sweet tooth, Madeira is perfect for desserts like fruity pastries and apple tart. Of course, Madeira is also the ideal dessert wine, soit swonderful for serving after dinner along with some dried fruit, dark chocolate, blue cheese, nuts, berries and honey. It is also perfect as a standalone drink that you can enjoy entirely on its own.

How to Store Madeira Wine?

If you have a few bottles of madeira wine that you want to store, it’s important to keep them in optimum condition. Although this wine does well when exposed to various temperatures and climatic conditions, it’s not a great idea to put this to the test!

You can store all types of Madeira wine in the same way, upright and away from direct sunlight. If you have a wine cellar avoid laying the bottle on its side, rather keep it with the neck facing upwards.

How to Serve Madeira Wine?

If you’re serving Madeira wine, either on its own or as a pairing you should do so at the right temperature. This shows the wine off in all it’s glory and enhances the flavour profile. Dry and medium dry types of Madeira are best served chilled at around 12°C, while rich and medium rich variants are better slightly chilled at (16°C). Some people prefer their Madeira warmer while others like it with ice, and while these are not ideal serving suggestions, they still taste great!

If you’re looking for a wonderful wine for cooking, pairing or simply imbibing on it’s own, Madeira is a great choice. Whether vintage or more recently made, this wine will whisk you away to the Portuguese islands where seafarers stopped along the way of making their fortune so many years ago!

Give it a try and discover why it stood the test of time.

Beginners Guide to Italy’s Marsala Wine: What is it, Types & More