Blog » Food, Drinks and More » Coffee » About Coffee » Coffee Around the World » Learn All About Madagascar Coffee 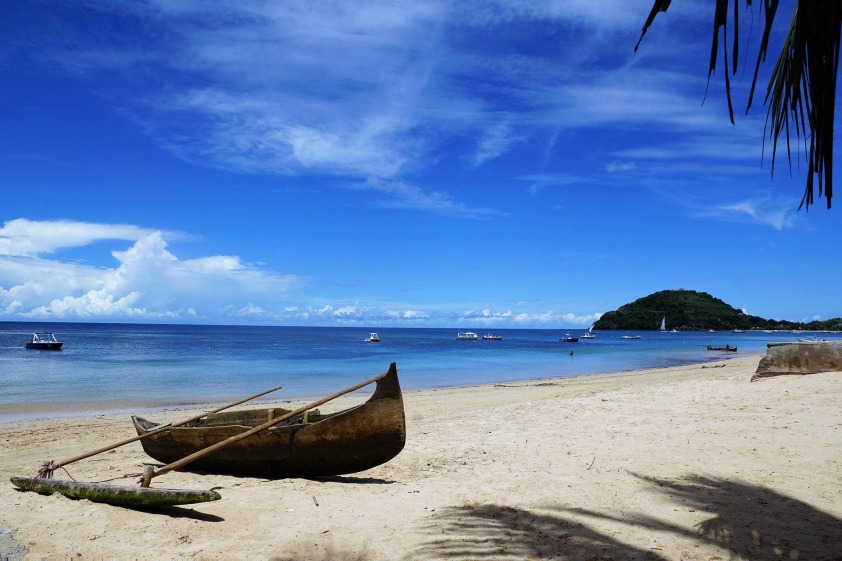 Madagascar coffee is quickly becoming one of the world’s favourite coffees Africa produces. While coffee grown in Madagascar is typically classified as the lower grade of Robusta coffee beans, the country is now seeing a fast increasing amount of higher grade Arabica coffee now being cultivated in the country. In fact, currently, roughly 90% of the coffee produced in Madagascar is Arabica.

Below, we’ve broken down everything you need to know about Madagascar coffee.

The History Of Madagascar Coffee

It is believed that coffee was first introduced to Madagascar from the Reunion Islands at some point in the late 19th Century. The earliest accounts of coffee production on the island are quite scarce until around 1895, which is when French colonists arrived and took control of the industry. At this point, the French began to promote the cultivation of coffee beans amongst farmers, and by the early 1930s, it had become an integral part of the island’s economy.

In 1947, a conflict broke out between the French, Madagascan nationalists, and Reunion Creoles. Eventually, in 1960, the island became independent and through its close trading relationship with France, paved the way to growth and stability for its coffee industry. Over the next two decades, Madagascar coffee production flourished, and the island became the world’s eighth-largest coffee producer.

By the early 1970s, CAVAGI was founded. This central governmental body monitored the sale and price of coffee, cloves, and vanilla, all of which remain the island’s primary exports. However, a market crash in the late 1990s, coupled with poor infrastructure, meant that farmers could no longer remain competitive in the global market. This resulted in the majority of producers uprooting their coffee trees and turning to rice instead, which proved to be a far more stable option.

How Much Coffee Is Produced In Madagascar Every Year?

Towards the late 1980s, it was estimated that the coffee produced in Madagascar peaked at considerably more than 1.1 million 60kg bags per year. However, since the difficulties faced by coffee producers in the 1990s, that figure is now estimated to be closer to 500,000 60kg bags annually, or 30,000,000 kg.

Types Of Coffee Grown In Madagascar

About 90% of production is classified as Robusta coffee, while the other 10% is Arabica. While the former typically has a bad reputation due to its strong, bitter flavour profile, these beans are used in blends with a great deal of success. While the island’s current output of coffee beans is dominated by Robusta, there has been a marked effort on focusing on the production of Arabica instead.

Where Is Coffee Grown?

It’s quite tricky to assess the full scope of production. This is because most farmers are growing coffee for their own personal needs and without any guidance. As a result, most of the island’s coffee is grown on small, independent farms.

Most of the coffee grown in Madagascar is organic, but this is not necessarily by choice. Instead, most farmers are experiencing a lack of access to fertilizers and other large-scale agricultural products.

The coffee produced in Madagascar is strong and emits an aroma that has floral notes, layered with hints of coconut, pineapple, and citrus.

While Madagascar might not be the first place that springs to mind when one thinks of coffee, the beans produced on the island have been improving in quality for quite a while – so much so that it’s slowly working its way back up to becoming a leading global exporter of coffee. 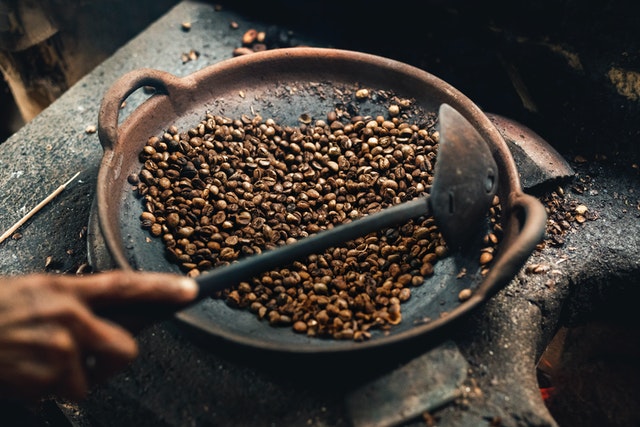 How Do People In Madagascar Make Their Coffee?

Typically, Madagascan coffee is quite strong, owing to the Robusta beans used in production. Street vendors roast the beans in big, green pans on the spot and serve coffee to passers-by. While the beans are strong and of good quality, they are also high in caffeine and well-known for their energy-boosting properties. Coffee is served strong and black on the island. Sometimes with condensed milk for a very sweet treat.

What Are The Best Madagascan Coffee Brands To Try?

If you want to embark on a Madagascar coffee journey we suggest you start off with Excellence Roasted Coffee. Produced by several small farmers, this brand is available in various flavours, so you can sample a light roast, roast city and medium-dark roast. Just maybe don’t try them all at once – you may not sleep for a week!