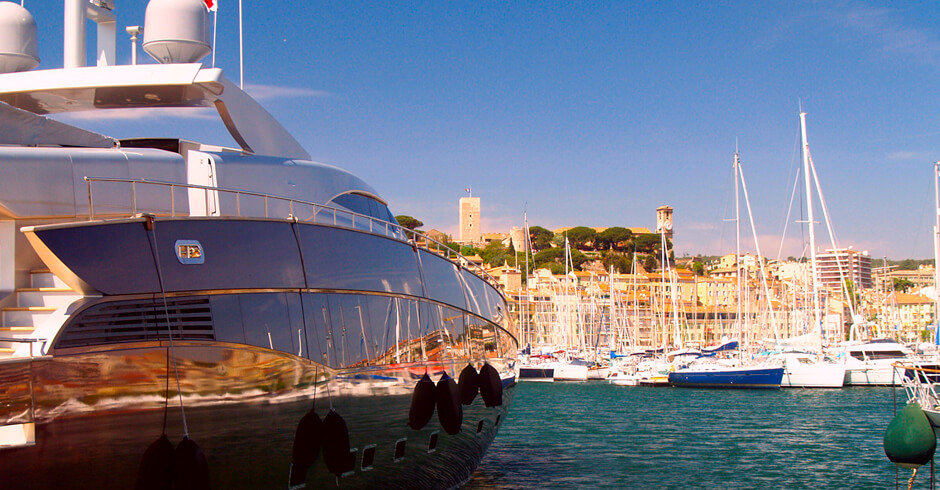 Considered the ultimate yachting destination in the world, the spectacular coastlines, secluded beaches and seaside towns of the French Riviera attract the crème de la crème. Picturesque, natural beauty is dotted with world-class restaurants and nightlife hotspots, making for a sought-after and diverse cosmopolitan lifestyle.

For those who are looking to buy a superyacht, the exclusivity of owning such a luxury item is a large part of the appeal, and nowhere else in the world draws the elite and glamorous like the French Riviera. Numerous key destination points are easily accessible, making multiple stop-offs convenient.

Charming and romantic, Antibes’ architecture is made up of pastel houses, hidden mansions and medieval towers. Spend the day at the lively Cours Masséna marketplace, which sells local produce and charcuterie, or shop at stylish boutiques and sun yourself on the Fontonne and Garoupe beaches.

Once the sun sets, listen to live music, enjoy the casinos of Juan-les-Pins or order a drink at the cave-like Absinthe Bar, where vintage posters line the ceiling. The former Chateau Grimaldi, home to Picasso for a brief time in 1946, is now a museum dedicated to the artist, and music lovers will want to visit Antibes in July, when the famous Jazz à Juan festival returns.

Superyacht-filled Port Vauban, the Mediterranean’s largest marina and the home of both the International Yacht Club d’Antibes and Billionaires’ Quay, is thought of as the gateway to the Cote d’Azur. Hotel du Cap-Eden-Roc, where celebrity sightings are far from rare, is especially busy during the Cannes Film Festival. Sylvester Stallone, Clint Eastwood and Leonardo Di Caprio have stayed there, as well as numerous artists and members of the aristocracy.

How to Buy Your Own Superyacht 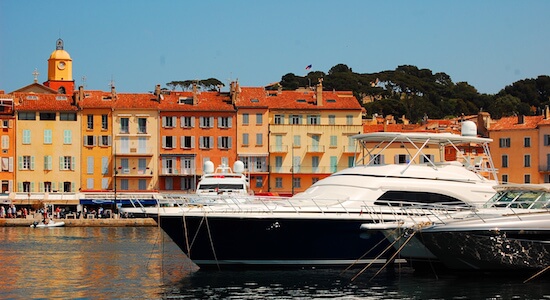 During the 1950s, Cannes was a playground for millionaires. Today, it still exudes that same timeless glamour. The Lérins Islands off Cannes are one of the most popular places on the Mediterranean for big boats to congregate during the summertime.

La Croissette, where the shore’s promenades are lined with boutiques, offers the topmost opulent lifestyle you could ask for and the Rue d’Antibes is Cannes’ main street for shopping. Try fresh seafood from the bistros on the old harbor and spend a few hours at the Palm Beach Casino. Every Saturday, there’s a wonderful market on Rue Meynadier in the La Bocca district that sells local honey, olive oil, herbs and soaps.

Monaco, a tiny, elegant principality with a big personality, brims with arts and culture. Manicured landscaping is looked upon by decadent palaces, Belle Époque buildings, designer boutiques, Michelin star restaurants and lavish spas. The open-air Jardin Exotique has a collection of succulents from far-off dry zones, including Central America, South Africa and Arabia.

Enjoy dinner at Le Grill de l’Hotel de Paris and head to Jimmy’z after to continue the evening. Monte Carlo, which plays host to the Monaco Grand Prix every May, is also known for the Casino de Monte-Carlo, the Monte-Carlo Beach Club, and the Monte Carlo Ballet.

In the Old Town, also referred to as Monaco-Ville, locals frequent the Place d’Armes central market square each morning. From there, take the Rampe Majeure steps to the Palace Square and watch the Changing of the Guard any day of the week at 11:55 a.m. Visit the cliffside Oceanographic Museum, which was built by Prince Albert I in 1910 and managed by Jacques Cousteau.

Best Spots to Charter a Yacht Around the World 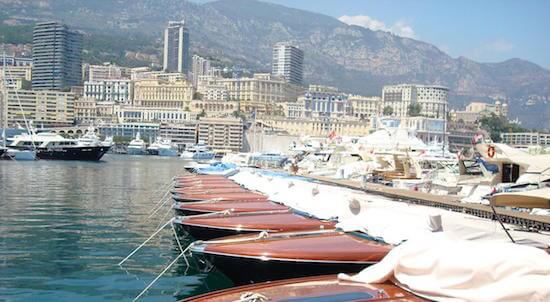 Well-known as the place where Brigitte Bardot was discovered, cafes and bistros line the quay of Saint-Tropez and celebrities carouse at champagne spray parties in the private clubs of Pampelonne Beach. Sénéquier is suggested for breakfast while Le Club 55 is popular for lunch, and those in-the-know frequent Joseph’s for dinner. Other hot spots include Les Caves du Roy, Club Les Palmier, Nikki Beach and Chef Alain Ducasse’s Rivea, which serves Mediterranean cuisine.

Vieille Ville is home to authentic French restaurants as well as the Cours Saleya fruit and flower market. In addition to the annual 10-day International Polo Cup, Saint-Tropez also presents Le Voiles de Saint-Tropez in early autumn, when yacht captains and crews battle to win the 16-metre Classic Division for the Rolex Trophy.