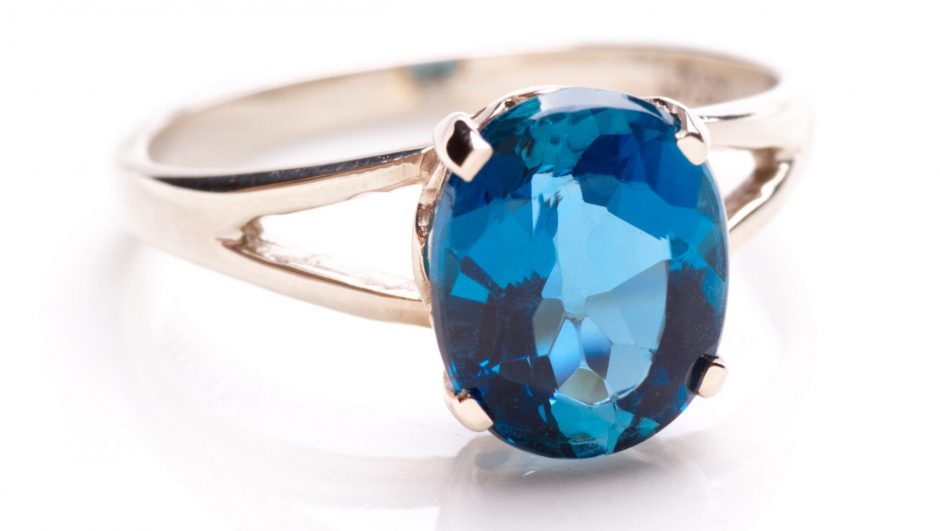 London Blue topaz has a fair bit of mystery and intrigue surrounding it. The stone has a specific hue of blue that makes it look almost inky and sets it apart from regular blue topaz, which is also known as Swiss Blue topaz. It’s often confused with blue sapphires, but the two are actually quite different.

Let’s take a closer look at this gorgeous blue stone and learn a little bit more about it.

What Is London Blue Topaz? 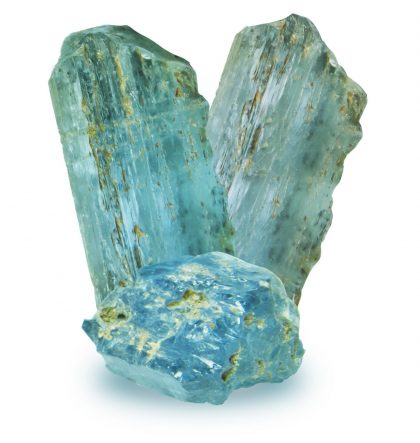 By definition, London Blue topaz is a topaz stone that has a very specific, inky shade of blue. It’s darker than regular topaz but lighter than a sapphire. In fact, the colour is best described as a halfway point between the two.

The topaz stone is composed of fluorinated aluminium silicate. It measures in with a hardness of eight on the Mohs scale, which means that it is harder than quartz although it often grows alongside it. While harder than quartz, London Blue topaz is not as hard as sapphires, rubies or diamonds. The latter three are classified as gemstones, while topaz is classified as a mineral.

Why Is It Called London Blue Topaz?

There’s a bit of a debate surrounding where London Blue topaz got its name, particularly because its lighter counterpart is referred to as Swiss Blue topaz. However, there are conflicting reports on whether or not the geographical locations tied to the stones have anything to do with their origins.

London is also home to the United Kingdom’s Natural History Museum, which houses a famous gallery of minerals. One of the displays includes the Ostro Stone, which is a flawless blue topaz discovered by a British explorer in Brazil several decades ago. It’s the largest cut topaz that has ever been displayed, measuring in at 15 centimetres long and 10.5 centimetres in width and weighing an impressive 9,381 carats.

Many gemstone enthusiasts believe that the history of the term ‘London Blue topaz’ originates from a combination of all of these factors.

There are two blue varieties of topaz that have become dominant in the market. These varieties are known as London Blue and Swiss Blue, and the most obvious difference between them is the colour.

The only other difference between them is that London Blue topaz is slightly more expensive than Swiss Blue topaz, and this is largely due to the fact that the former is more popular and in-demand than the latter.

At the moment, London Blue topaz is highly favoured within the market. This has elevated its price slightly over that of regular blue topaz, but not by any amount that’s too significant in value. They do tend to add a sense of glamour to pieces of jewellery and outfits but can fetch as low as $10 to $30 per carat.

Blue Topaz Guide: How Much is the Brilliant Blue Gemstone Worth?

Blue topaz stones are generally inexpensive compared to the other topaz stones of varying colours. Pink, red and orange stones tend to be more expensive as they are less commonly found.

London Blue topaz stone is real, although it undergoes heat and irradiation to give it its deep blue colour. From certain angles, it may also have a slightly greenish tone. 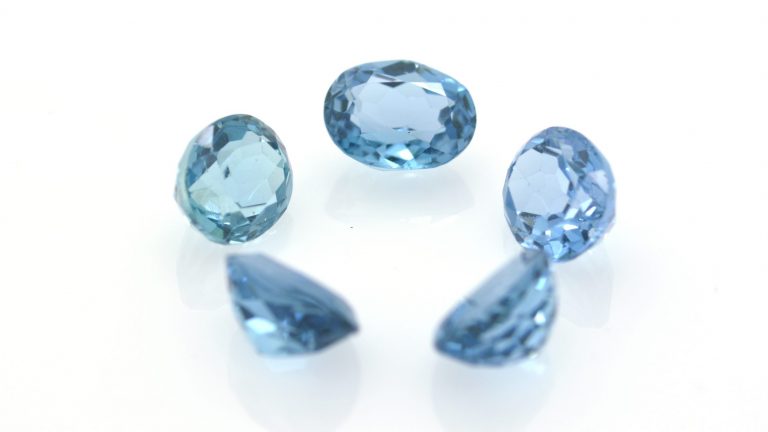 Interestingly, most London Blue topaz stones on the market have been exposed to radiation. In essence, London Blue is a white topaz which has been exposed in a nuclear reactor to change the colour to a saturated and deep blue. That’s why London Blues are also referred to as ‘Inky’ and ‘Steely’ Topaz.

This nuclear reactor plays an important part in the overall process and helps produce a deep blue colour that can be lightened using heat. However, this radiation is no cause for alarm as irradiated gemstones are not harmful.

London Blue topaz stones can be slightly radioactive immediately after treatment but any measurable trace of radiation decays within a few months. Treated stones are monitored and regulated. They shouldn’t be sold until the levels of radioactivity fall far below levels that could have any notable effect on your health.

London Blue topaz stones have the perfect cleavage, which means they’re more susceptible to scratches or fractures. This means that despite its hardness and durability, it should be handled with care to help the stone maintain its integrity and value.

The main difference between sapphire and topaz is the fact that sapphire is a gemstone, whereas London Blue topaz is a nesosilicate mineral. This makes sapphires considerably more valuable than topaz stones.

Sapphire is also harder, measuring in at a solid nine on the Mohs scale. Another noticeable difference between the two blue gemstones is in their colouring. Sapphire is a very dark, rich and deep blue. While London Blue topaz does have its own impressive inky hue, it’s quite a bit lighter than a sapphire stone.

Known as The Jewel of Love and Loyalty, this particular shade of topaz stones carries significant meaning. Blue topaz is representative of eternal romance and friendship, making it the perfect gift for a loved one. It carries deep symbolism relating to honesty, clarity and strong emotional attachment. All the more reason to invest in one!