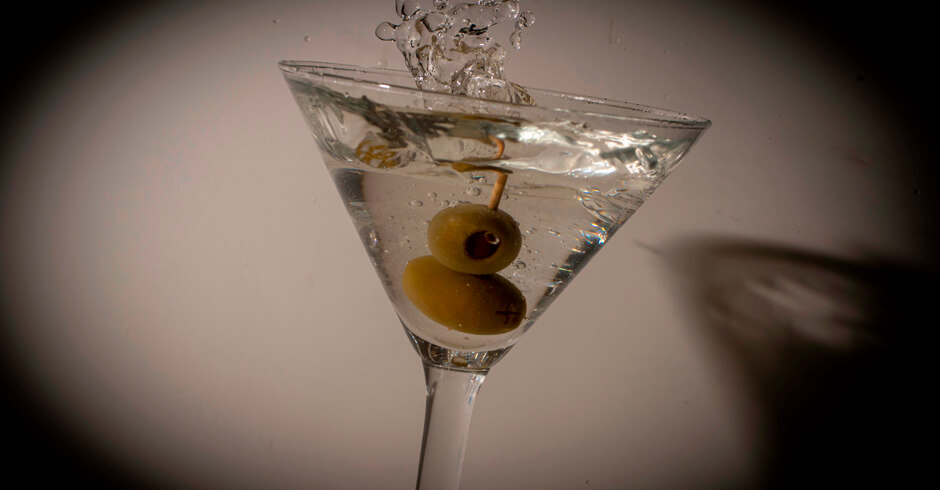 James Bond is well-known for his penchant for a martini, “shaken, not stirred”. In fact, Bond requests his favourite beverage no fewer than 35 times through Ian Fleming’s novels and short stories.

But less well known is that the inspiration for the line, allegedly, comes from a small boutique hotel bar in London. Tucked away in a hidden Mayfair courtyard, DUKES Hotel is an establishment of quintessential British sophistication. Yet, if you stop by post-5pm any weeknight and wander the quiet corridors to DUKES Bar, you’ll be confronted with a hive of post-work activity.

What brings all these people to such an otherwise-obscure destination? As you may guess – it has something to do with the Martinis on offer. So highly revered are these potions, that The New York Times were moved to point out that many believe the bar “concocts one of the world’s best Martini”.

The post-work crowd aren’t alone in their reverence. For legend has it that, many decades ago, Ian Fleming himself would frequent DUKES Bar; where the staff would often shake up the dry vermouth and gin drink that would later become so inseparably linked with his most famous creation. 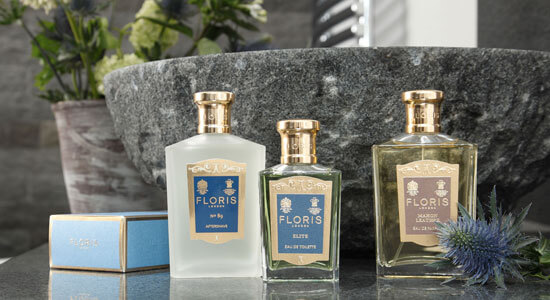 Located just a few minutes’ walk from Fleming’s drinking hole of choice, Floris is Britain’s oldest perfume retailer; having operated out of 89 Jermyn Street since 1730. The list of past customers is varied and fascinating; Marilyn Monroe, Winston Churchill and Florence Nightingale sit alongside HM Queen Elizabeth II in the esteemed company of Floris-scented stars. And in the early to mid 20th Century, a certain Ian Fleming would also make regular jaunts to the store.

Flemings’ fragrance of choice was No.89; a classical cologne underscored with woody tones. And, much like Flemings’ Martini became Bond’s Martini, No.89 would become known as the fragrance of 007.

The exact nature of the association is some matter of dispute, given the lack of explicit mentions of No.89 in the written works of Fleming. However, Bond would undoubtedly have sported Floris aromas on a number of occasions – via Floris soaps, lotions and bath essences mentioned in Moonraker and Diamonds are Forever. Most notably, Dr. No also decked out his lair with Floris amenities when Bond was taken prisoner there. A man of impeccable taste, clearly.

Flemings’ favoured No.89 scent is still available to this day. Easily purchased online, wearing the fragrance most-associated with Bond is a readily achievable task. However, nothing beats stepping inside the historic Floris store itself; which is still owned by the same family who opened it over 300 years ago. The option even exists to create your own signature scent with the Floris perfumer, giving your own flavour to the James Bond spice. 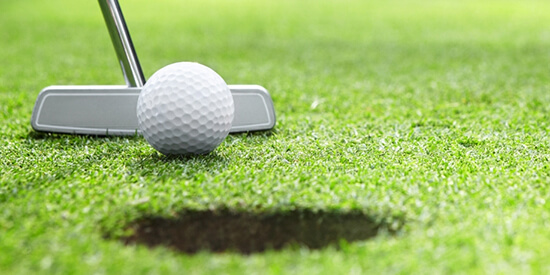 3. Golf Like Bond: Take on the Fairways at Stoke Park

Bond’s third cinematic outing, Goldfinger, is fondly remembered for a great many reasons. For Shirley Bassey’s iconic rendition of the theme; for Shirley Eaton’s gold-painted corpse sprawled across the bed; and for Oddjob threatening to spoil a nice round of golf by whipping the head off a statue with his bowler hat.

The aforementioned golfing encounter, in which Bond out-tricks Auric Goldfinger to win their high-stakes game, was contested at a Kent golf club named Royal St Mark’s – a setting of fiction. In actual fact, the sequence was shot at Stoke Park in Buckinghamshire, just a short jaunt from London.

Set on a 300 acre private estate just seven miles from Heathrow, Stoke Park is home to a five-star hotel, fine dining restaurant, spa, and – of course – the 27-hole Championship golf course, designed by Harry Colt. Combining elegant surroundings with one of Britain’s finest parkland courses, it’s little wonder this was selected as the location for this small piece of cinematic history; and even less surprising that Sean Connery left the set with a love for golf which he’s never shaken.

And, if golfing at Stoke Park, take some time to poke your head into the hotel’s Ballroom; which was converted into Bond’s Hamburg hotel room for Pierce Brosnan’s 1997 outing, Tomorrow Never Dies. 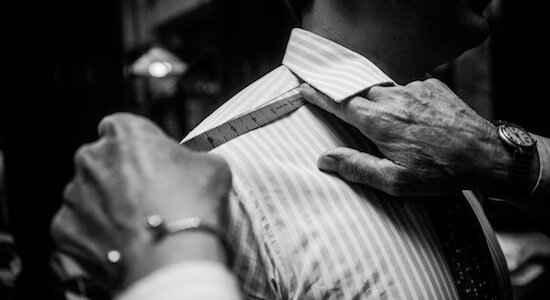 When James Bond first stepped onto the silver screen in 1962, it was on a budget. Dr. No was shot on a $1m shoestring; a figure which pales in comparison to the $300m or so splashed out on the newest epic, Spectre. As a result, certain luxuries were somewhat limited – wardrobe being one of them.

However, one area that simply could not be compromised was the styling of Bond himself. The epitome of the sophisticated British gentleman, Sean Connery’s 007 needed to look the part. When you get to know a bit about Turnbull & Asser, you won’t find it tough to understand why 1962’s Bond was the first of many to turn out in their handmade garments.

Catering to distinguished gentlemen since 1885, there is no authority on English shirt-making that can touch Turnbull & Asser. To give a glimpse of the prowess in T&A’s made-to-measure, when H.R.H The Prince of Wales was first permitted to grant a Royal Warrant of Appointment, Turnbull & Asser were top of his list. He’d worn their shirts since childhood.

Turnbull & Asser still produces what they refer to as “The Dr. No Shirt”, so distinguished gentlemen can dress just as Connery did back in the 1960s. They still continue to be associated with the 007 franchise, also retailing “The Casino Royale Dress Shirt”, as worn by Daniel Craig in the 2006 film of the same name. However, for the real Turnbull & Asser experience, meeting with royal tailor Steve Quin to create your very own bespoke shirts is one that cannot be matched. 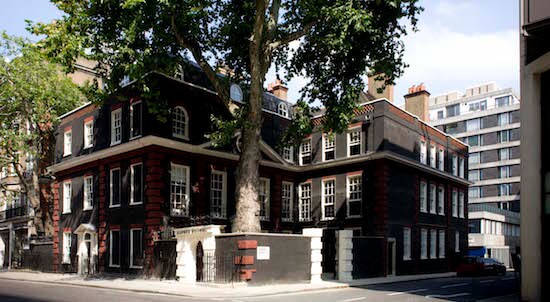 5. Smoke Like Bond: Shop for Dunhill Lighters at Bourdon House

Founded in 1893, Alfred Dunhill is a global icon of men’s luxury. Originally born out of a saddlery business turned motor accessory business, today Dunhill produces all manner of menswear, leather goods, and accessories; representing a British heritage that very few other brands can claim.

Amongst the ever-growing Dunhill legacy is the production of one of the first butane gas lighters, in the mid-1950s, and its long-running association with Bond started not long afterward. In fact, the first time we ever see Connery on-screen as 007, his right hand is grasping Dunhill Wideboy. He uses it to light a cigarette, before uttering those immortal words: “Bond, James Bond”.

Dunhill lighters have played further significant roles in Bond films over the years, too. In Tomorrow Never Dies, Pierce Brosnan’s armoury boasts a Dunhill lighter which conceals explosives. But it might be Timothy Dalton’s Bond who provides the most famous instance of the association, when he receives a Dunhill Unique Silver Barley lighter from friend Felix Leiter, engraved with “James, Love Always”. The lighter is later used to dispatch Sanchez, the villain of 1989’s License to Kill.

Nowadays, Dunhill boasts over 130 stores all over the world. However, the must-visit location is Bourdon House, referred to as their London ‘Home’. Housed within the former residence of the Duke of Westminster, Bourdon House is a Georgian mansion which boasts retail, bespoke craftsmanship, and a number of lifestyle facilities; including spa treatments and traditional barber services for the discerning man. If you’re thinking of accessorising with a Bond-esqe Dunhill lighter, there’s nowhere better to make your purchase. 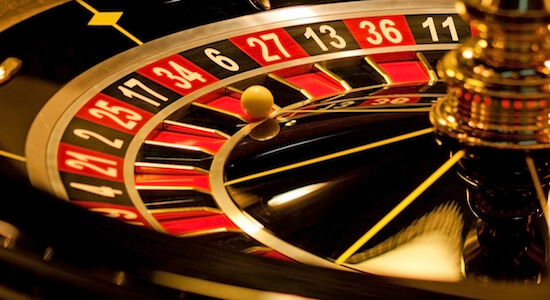 6. Gamble Like Bond: Hit the Tables at Les Ambassadeurs Club

“Bond has always been a gambler. He loved the dry riffle of the cards and the constant unemphatic drama of the quiet figures round the green tables”. These words were penned in the early 1950s and printed in Ian Fleming’s first 007 novel, Casino Royale. Safe to say, it’s a love that Bond has never lost.

So it’s typical that the first time James Bond ever appeared on our screens he was sat – shock horror – at a casino table. Naturally, anybody looking to live the Bond lifestyle will find themselves in a similar spot; on the gaming floor, engrossed in the “unemphatic drama” to which Fleming referred. But what if you could play the tables in that very casino that Connery did, back in 1962?

Well, it turns out you can – but only if your pockets are very deep.

Connery’s debut scene was shot at Les Ambassadeurs Club, Mayfair’s most exclusive casino. Now open for over 100 years, “Les A” is a private members club, which proudly boasts a clientele of “aristocracy, diplomats, heads of state, chiefs of commerce and celebrities”. To join them will cost you a cool £1,000 for your first week, and as much as £25,000 per year to make your membership permanent.

It’s a steep price to pay, but one which opens up a world of rubbing shoulders with the distinguished members on the tables, access to the restaurant and terrace, and private jet transfers to the club as-and-when you need them. How’s that for baccarat? 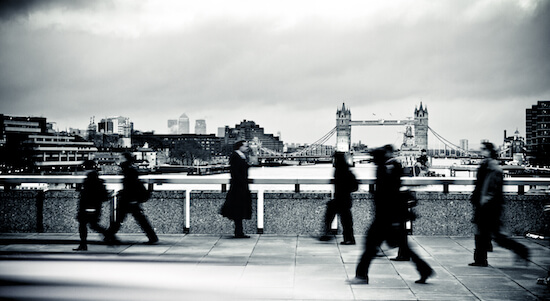 7. Operate Like Bond: Play an Immersive Game of Espionage

It probably won’t surprise you to hear that real-life spies generally don’t don tuxedos, gamble at work, or indulge in Martinis on the job. Whilst real-life intelligence operatives share a number of the same skills as Mr. Bond, the actual line of work is quite different.

As members of the public, our perception of this work is largely based upon fiction. Some of it is hyperbolic (like our friend 007), and some of it slightly closer to the truth (such as the novels of John le Carré, a former security service professional). But irrespective of our source of knowledge,  to feel and experience the lifestyle of a spy has been something restricted to our imaginations. That is, until now.

Collectively holding over twenty years’ experience in British and international intelligence, a small team of ex-operatives has come together to form Your Mission; an immersive game in which the subject lives the life of an international spy.

With a bespoke story crafted for anybody who commissions a game, subjects can expect to learn and use a range of traditional espionage experiences, such as car pick-ups; agent recruitment and handling; clandestine meetings; use of an alias; and concealed listening devices and covert communications.

Available exclusively through TRULY, there are two options offered: a day-long experience at £3,000, or a full two-month version at £7,500, where the subject will live their everyday life with covert espionage engagement roughly every week. Don’t expect too much of the Bond-brand of spycraft, though, this is the real deal.